Dom Smith from Soundsphere magazine sits down with Greg Upchurch from 3 Doors Down to discuss solo material, opening up his own coffee shop, working with Chris Cornell, memories in the UK and more.

Best known as the drummer in bands such as Eleven, Puddle of Mudd and Three Doors Down drummer Greg Upchurch talks to Soundsphere about releasing a debut single during lockdown, his coffee shop venture, what music means to him and a run-in with a punk legend.

Lockdown has had a lot of people told to do something creative, whether that be writing a book, creating a podcast or anything in-between. Artists have also been creating material in lockdown about lockdown life, artists such as The Rolling Stones to Little Simz have already done this. Legendary drummer Greg has decided to release his first-ever solo single titled ‘Skin to Skin’, a song about the lockdown.

When talking about putting the single together, he said: “It was actually pretty easy in the sense that I’ve always played guitar and obviously I played drums, I’ve been around music, and songwriting and things for so long and I’ve always written songs I’ve never really released anything or haven’t really recorded anything.”

When talking about auditioning for Puddle of Mudd, he says that management from all over the country flew in to watch him audition. “That band immediately exploded because there was money behind it,” remarks Greg. When it came to his solo work Greg wasn’t in it for the success or record deals, his view was, “Hey, I’m gonna release a song I did myself.”

With an engineer living in his basement and a studio a couple of miles up the road it seemed like the perfect time to create something, “I’m bored, the engineer is locked down he’s got nothing to do, I’m like I might as well go record this thing.” On the themes of the song itself and the process of recording, “It was very organic and fluid and natural; it was just built on the frustration that everybody is kinda going through with being lockdown and the pandemic.”

With the new single there is also an EP in the works. The prospect of playing live is also another accompaniment to his foray into solo material, “I would love to be able to play em’ live, I mean more than that instead of playing live just jam them with some dudes, just in a room, you just jam.”

Greg has had his fair share of stories over the years as well, with one including none other than co-vocalist of The Clash, Joe Strummer, “I was like 26 years old going over there with shorts and no shoes on, banging on the door and they opened the door, and I was like ‘who’s on here?’ and I hear a voice in the back go ‘Joe Strummer!’ This led to a fantastically boozy night with the punk legend, “I’m sitting there with no shoes on, and a bottle of cognac watching Joe Strummer and Chris Cornell tell stories,” recalls Upchurch.

With so many years in the business, Upchurch also comments on how his approach to music has changed over the years, “Well when I write here for me I guess it is therapy, but my therapy with music can be I can listen to music as therapy, I can write music as therapy, I can play music as therapy, everything in music is therapy for me in one way or another.” Life has changed considerably in this period for Upchurch, he has a more responsible approach, compared to his hedonistic phase in his career, “Well about five years ago I stopped drinking alcohol, years of partying with Eleven, Chris Cornell, Puddle of Mud, 3 Doors, I mean I’ve been living in this for 25 years and it just finally caught up with me, and I stopped drinking.”

When he stopped drinking he found a newer safer vice in coffee, “I drink coffee all the time cause I love coffee now,” his love of coffee has inspired Greg to draw up plans for his own coffee shop in his home town of Kingston, Oklahoma; his mother owned a building that she left for him on the main street, and he plans to turn it into a music-based coffee house.

He dreams of bringing all the records that younger people may not have heard such as Cat Stevens, Tom Petty, Marvin Gaye and Stevie Wonder. Coronavirus hit before he could open, but he still plans to open in the future “I’m still gonna do it, the way it looks around here, I don’t know how it looks in England, but Americans are really stubborn and hard-headed and somewhat egotistical, I think it’ll get to the point where they’re just like fuck it, I’m either gonna get it, or I’m not, I gotta open my doors for my business.”

The time that we have spent with Upchurch shows us he is kind, knowledgeable, considerate and his love for music knows no bounds.

“I just feel really blessed, and I took it for granted for most of my life I think like it’s just gonna be here forever, and I think I appreciate playing music even more than I did then, now I am so grateful that people are here to see me play.” 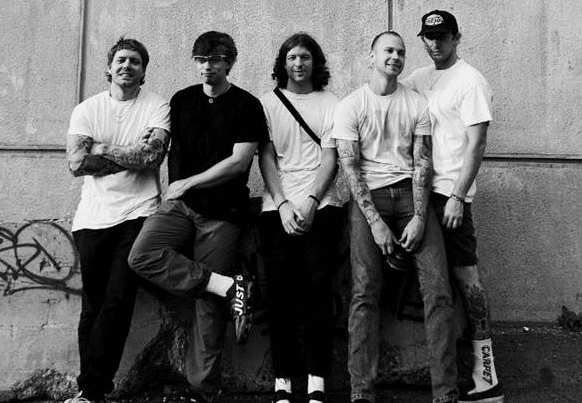