Rammstein are arguably the biggest Industrial band on the planet and they are about to unleash their sixth album ‘Liebe Ist Fur Alle Da’. We recently had the opportunity to chat with the band’s bassist Oliver Riedel about the new tracks and what exactly has been going on with the group over the last year. 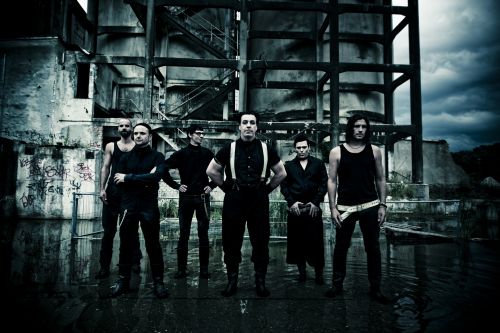 “I got goosebumps listening to the final mix”

It’s been a long and difficult road for the band’s six members to reach a point where they are now eager and excited about their new album, which translates as ‘Love Is There For Every One’, though Oliver assured us the internationally acclaimed German collective is now a stronger unit than they’ve ever been before.

“What has to be said about this album is that it was developed in a stressful situation and we all got together at a time where we all were worried about whether the album was going to happen at all.”

Oliver continued to talk about the difficulties that the band faced during the recording process but he describes how each member of the group was driven to achieve something great and advance the group’s vision. He said, “We came together and we started just jamming and gathering ideas. We then picked out the ones that fit the overall Rammstein sound.”

One of these ideas formed as the striking lead-single from the new album. ‘Pussy’ is an unapologetic and loud tribute to sex. Oliver explained that this was a logical choice for Rammstein. “We wanted to be provocative with our first single and to create a maximum impact and of course, ‘Pussy’ does that.”  Having checked out the album preview recently we were particularly curious about a couple of tracks from the new record. Oliver first described ‘Mehr’ (‘More’), which is a dramatic, dark and affecting track that takes inspiration from a most unlikely source.

“’Mehr’ was actually inspired by Coldplay because we read somewhere that they had been inspired by one of our songs at some point. So we were listening to their songs, and we really couldn’t figure out what about their music and what elements were inspired by us.” He added, “So we wanted to have this little tribute to Coldplay to see if they discover anything of theirs in our song.”

In contrast when Oliver described the creative process behind the album’s closing track, ’Roter Sand’ (‘Red Sand’) the tone changed as the bassist spoke about how the band co-wrote the song while enjoying themselves together following a particularly productive jam session. He explained, ‘’Roter Sand’ is a very personal song; we wrote it when we were drinking wine after band practice. Til came up with the lyrics and Richard picked up the guitar and we just produced this very deep song. It was a very private situation where we were all together.”

Throughout the creative process, there wasn’t always this closeness within the group, and during the band’s one-year hiatus each of the six members began working on their own individual projects and distancing themselves from one-another in pursuit of individual goals. He spoke frankly, referring to the band’s most difficult obstacle. “The hiatus was really important for each of us and we went through great personal development. It was a difficult period during the recording process because there were a lot of personal ups-and-downs, especially at first, because we reached a point where we weren’t really impressed with what we were doing.”

Oliver reflected on how the band struggled during a long period of uncertainty which saw the unit wondering if they could re-create the powerful and seductive sounds that they had captured and perfected on previous albums. “We realised that in order to get the best out of our music we had to become very critical of the stuff that we were doing. Because of that, we had to overcome many difficult obstacles together and that’s what we finally did.”

When he expanded on the rumours of inner-conflict within the group, Oliver explained that while there was certainly some difficulty at the beginning, the band managed to unite to achieve one common goal and expand Rammstein’s legacy. “I think that if you were to ask different members individually then some of us would have wanted to extent the hiatus because each of us got very attached to the project we became engaged with.

“In my case, I spent a lot of time with my family, so when we got back together it was hard at first to get working again because we had other goals. However, once we began working on songs and the six of us were playing together again it became very natural and the chemistry we had when we left each other came back.”

The band’s passion and drive to evolve musically has certainly transcended into the music on the album. The record features orchestral elements, horns, ballads and even some acoustic wizardry. Oliver said that it was very important for the band to expand sonically, explore different musical avenues and to move away from their established Industrial roots. “While it is very easy to evoke emotion with the Industrial sound, it can also be very static within the guitar riffs and we became bored and didn’t want to do the same thing over again.

“We searched for different ways to express the heaviness within our songs without resorting to the old Industrial elements. We wanted this album to develop the special Rammstein theme in our music.” He continued to talk about the changes that the collective made in order that they could create a more natural sound which would still affect people and hit them hard. “It was important for us not to layer quite as many guitar tracks over one-another, and to make the drums and bass sound really natural without losing the impact.”

Moving forward, Oliver talked about how he is proud to be a part of a group with such strength. “I am especially proud of having overcome the difficult moments during the recording of the album because there were moments where we didn’t even think that we could actually write the music that we were thinking of at that point.

“I wasn’t really sure until I heard the first mix by Stefan Glaumann, but after I heard that I actually got goosebumps all-over my body and I remembered what it should feel like when listening to Rammstein’s music.” Oliver expanded and talked about how different the process was with this record in comparison to how the band has worked previously. He explained that for the first time ever, the band worked as a unit to form all of their ideas. “The biggest difference between this and the older albums is that where individual members would come up with whole tracks and specific ideas for the songs, this album was created in a fashion where all the members participated and there was complete co-operation between all of us.”

The band is now ready to project their new-found energy on to their vast international audience. Oliver talked excitedly about the live show and mentioned that it is going to be typically shocking and grand. “Of course we are going to continue where we left off and we are going to have a stage show that is really spectacular.

“The stage is currently being built and, while two months ago we wouldn’t have been able to imagine what it would be like to get up there again, now that we are working on it, we are really getting into it.” It is clear that the band is very much looking forward to touring and seeing people lose themselves within the music again, “We want you to come to the shows so that we can have a really good night together.” With everything in place for a full-on aural and visual assault on the senses, the band can now sit back and let chaos and debauchery envelope them as usual.

As the conversation draws to a close we asked, with ‘Liebe Ist Fur Alle Da’ all done, who in an ideal world would Oliver pick to sit down and listen to the it with? “I would pick my best friend, and as usual he would start to talk about ten seconds into the first song, and so I would have to just turn the music off and we would just keep on drinking beer.” Now that they are back, Rammstein are definitely feeling the love and we are in for some dirty, sexy, sweaty nights together.

*Special thanks to Tim who translated for us, Universal and to Anna at AMPublicity. 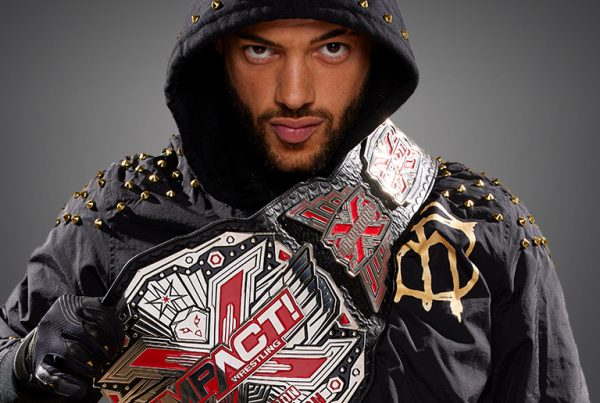 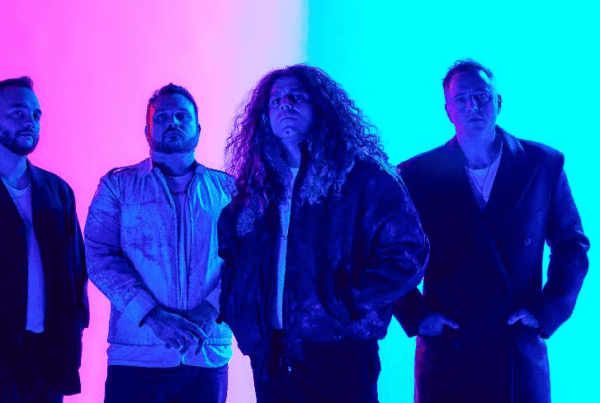 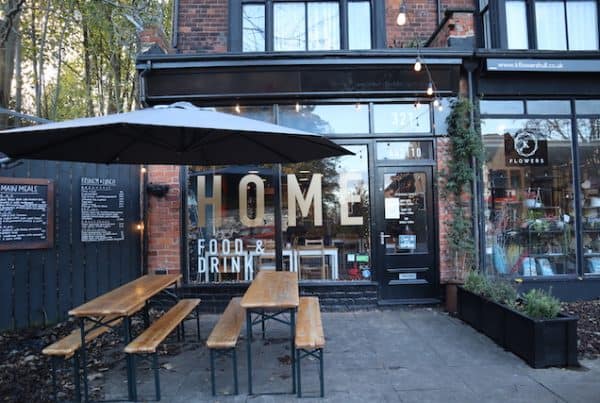 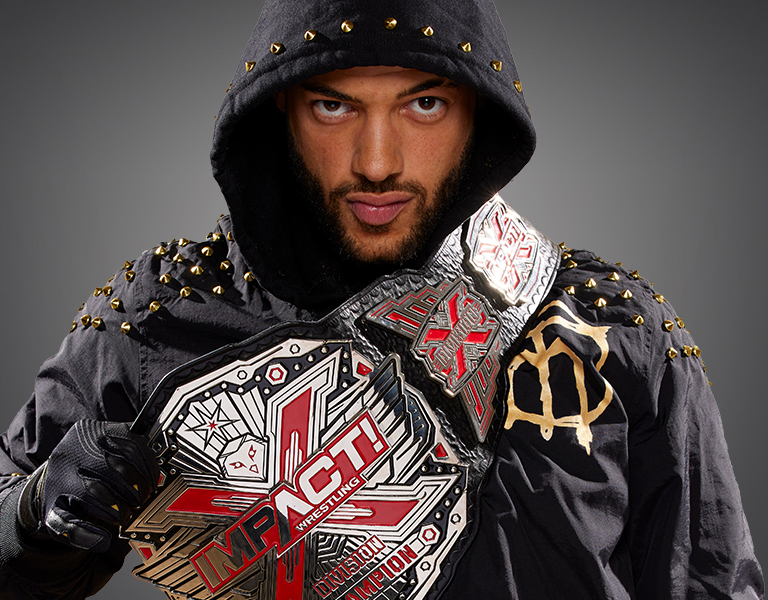 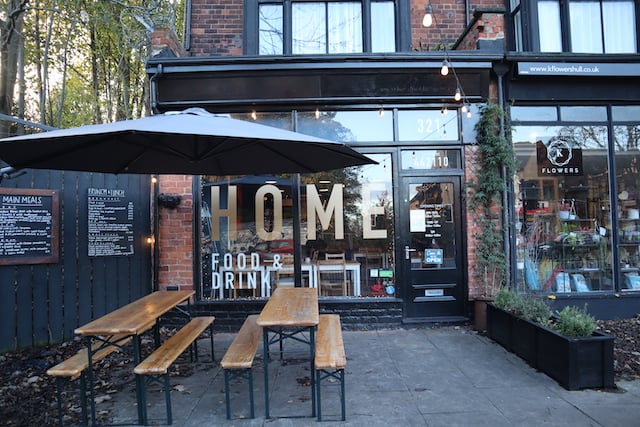