Probably one of the most exciting names to come out of Impact wrestling over the last few years, we had the chance to briefly chat to X Division Championship winner Ace Austin on Impact wrestling, what success means to him along with how he wants to become the youngest world champion in Impact Wrestling. 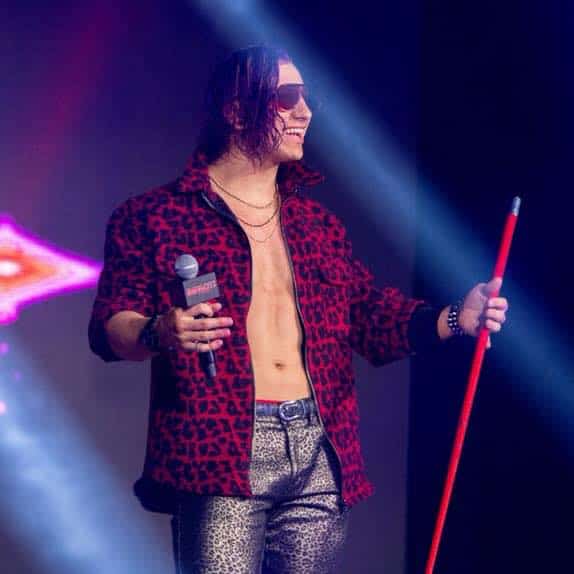 Austin has always wanted to become a pro wrestler, “I’ve wanted to be a wrestler since I was about four years old, and everything I have done with my life has been and is mine,” At 17 years of age, he found the Wild Samoans training centre and spent his early years wrestling in the World Xtreme Wrestling promotion.

Austin has been quickly making his way to the top of his profession in a short space of time. His first fight was in 2015, since then he has been making waves in a serious way since graduating from World Xtreme Wrestling. He won the X Division Championship title after defeating wrestlers such as Tessa Blanchard, Jake Christ, Daga and Acey Romero in a series of fights that were absolute mayhem. He won the X Division Championship only a year ago and is set for bigger things after winning the championship a mere one year after being signed. Austin’s self-cited influences include WWE heroes such as Jeff Hardy and AJ Styles, and you can see this in the ring during his fights.

In terms of what is coming up for Austin, there is Slammiversary 2020 to contend with. The event which will take place on July 18th of this year sees Tessa Blanchard, Michael Elgin, Eddie Edwards, Ace Austin and Trey in a five-way intergender match for the title. Austin is looking forward to the encounter, “I’m looking forward to Slammiversary more than anyone in the history of this company.”

Success is a motivator for Austin, and it is the defining point in his life, he says that “Wrestling is my number one motivator; it changed my life.” He has claimed in other interviews that he wants to become the youngest Impact Wrestling Champion, and is motivated to do so after claiming that he is one of the most creative and innovative professional wrestlers on the planet.

During our conversation with Ace, we ask him who he is looking he feels motivated by in terms of an in-ring performance as much as his talent. Given this question, Ace gave the most Ace Austin answer imaginable: “You just answered your own question, I’m the best!” Of course, he goes into more depth during our chat saying that “I don’t have time to focus on anybody else, the same thing I’m talking about with Plan B in life, never focus on Plan B, just focus on the number one goal at all times.”

Ace has a lot of self- confidence going into this year’s Slammiversary, which is rightly so as he has won a major championship and is poised to become the biggest name in IMPACT Wrestling.

For us UK fans you can watch IMPACT Wrestling every Wednesday at 9 PM on Fight Network UK, Sky Channel 192.