After famously walking on the River Thames and rising to fame, legendary magician, Dynamo, shows no signs of slowing down with his latest endeavour; a live arena tour. We spoke to Dynamo about the logistics of the tour, his career and the importance of perseverance. 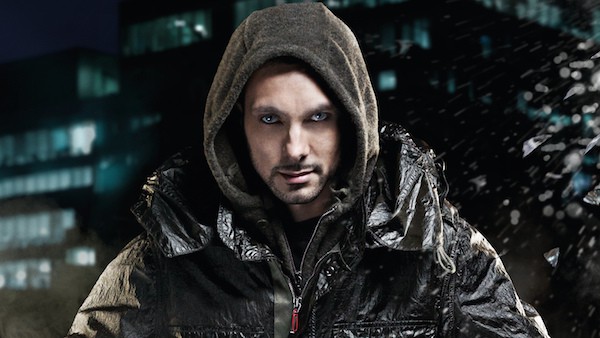 S] How has the tour been going?

D] “I did some shows in Leeds Arena before Christmas and the response was so crazy that loads more people wanted to come so we planned some more dates coming up at the end of this month. I’m pretty excited about coming back because I always love coming back to do shows in Leeds because it’s next to my hometown so it’s like a homecoming show. I’m in Belfast at the minute. I just did a show last night and I did another five this week here, then I go to Dublin and am performing on St. Patrick’s Day, then I come up to Leeds so it’s pretty much non-stop. Thankfully, it’s quite nice whether here in Ireland at the moment so at least I get a bit of that before I come back to the rainy north.”

S] What goes into the planning process when preparing for such a big tour?

D] “With this tour, because it’s the first of its kind, in a way the planning was very different from anything I’ve ever done before. I started to come up with concepts about six months before we did any actual rehearsals on stage. Some of the ideas are things that I thought about as a kid, some of it I’ve had in my mind for twenty years, some of it has been stuff that I came up with specifically in these last six months. I found it a lot more fun than making the TV shows because I didn’t really have a blue print. No one had done a show like this before so I was able to do whatever I wanted. I managed to pick out some of the favourites, things that they have seen on TV and they really want to see live and I’ve recreated them but in different ways so that people get to see the hits, so to speak, but they also get to see things they’ve never expected. I wasn’t sure how it would translate on stage because I wanted to have the intimacy that people know from my magic, being up close and personal, but the terms intimacy and arena don’t really go hand in hand so it was a really tricky process, no pun intended, to basically create a show that still had the intimacy. Judging from the response, and if you see on my twitter comments, we definitely created something special. It’s crazy, after I do Leeds I’m doing Birmingham again, then I’ll be the first magician to headline shows at the O2 arena in London.”

S] What advice would you have for someone who comes from a city that might not have a lot of opportunities available?

D] “First and foremost I think that’s one of the reasons why I do this; to inspire other people. I guess it depends on what you want to do. People are always going to say you can’t do this and you can’t do that, but if I’m an example of anything it’s proving that literally anything is possible so don’t always be disheartened when people don’t believe in your ideas. In this day in age we’re very fortunate to have the internet at the touch of a button. In your pockets you can have your phone and have access to anything. Contacting people like The Prince’s Trust, they helped me originally. Contacting those guys for help and support is always a good place to go. I would definitely recommend it because without them I wouldn’t be doing what I’m doing today. Just really don’t be disheartened if things don’t work out the first time around. It took me ten years to get a TV show. There are so many stories, like the guy who started up KFC. He took his recipes to something like six-hundred restaurants before he got one person who thought that his recipe was good enough to become what it is today. If he’d have stopped after the first five restaurants or the first fifty or the first five-hundred restaurants you wouldn’t see KFCs all over the place. You have to use your determination and have a bit of a thick skin and get out there and keep trying. There’s no such thing as an overnight success. People sometimes look at what I’ve got and say ‘it’s just happened like that for him’ but all I‘m saying is eighteen years is a long time.”

S] You’ve taken your show all over the world and met so many different people. How do you feel like you’ve changed and developed as a person from the time that you started to now?

D] “Thankfully, one thing that hasn’t changed is my northern accent. I’ve lived in London now for about fifteen years and I’ve still managed to keep my Yorkshire accent, which I’m happy about. If anything has changed it’s more just patience levels. I’ve realised that when I was young and super hungry and wanted to do everything tomorrow and nothing would happen quick enough, but you realize that it takes years to really achieve anything and I reckon if I’d have got success early on in my career when I thought I wanted it I wouldn’t have been able to deal with it properly. I’m quite happy that it happened gradually so it’s allowed me to really mature into it and not to take it for granted and just enjoy every single moment. I’m very fortunate to be in this position. First and foremost I wouldn’t be in this position without the fans supporting me, without the people buying tickets to the shows and without the people watching the TV shows. I owe it to them to give them the best magic I can give and to put my all into the art form. If I started to let this stuff get to my head I would lose what everyone loves about me and that’s not what I want to do. I never got into this to become famous, I don’t really have a desire to be famous, but I’d never change the way things are because I’m so lucky to be in this position. I chased a dream. I chased success. I wanted to be a successful magician to bring magic to the world and that’s what I constantly aim for. If you ask some kid at school ‘what do you want to be when you’re older?’ they just say they want to be famous. If you ask ‘what do you want to be famous for?’ they just say ‘I don’t know, I just want to be famous’ because there’s a trend in this world of being famous for the sake of being famous. When I first got into this the people on TV and the talents that were out there were celebrated for a reason, not just for fame itself and that’s why I think I appreciate it more and I’ve had the long spanning successful career that I’ve had. Without sounding cliché I just try to keep it as real as possible.”

S] Where did first find your ability to get over any nerves and just be able to perform wherever you are?

D] “I thought about it after the fact, but at the time I never really thought of it as such a difficult thing. I think it has to do with where I grew up. I grew up on Delph Hill Estate, which wasn’t the easiest estate to grow up in Bradford. Every day when I’d leave the house there was a chance I’d get beaten up or bullied or get my dinner money taken away. I was heavily bullied at school and then eventually I used magic to deflect that bullying. I’ve seen a lot of stuff as I’ve grown up, not necessarily positive stuff; things that people will hopefully never have to go through. I’ve lived through the Bradford riots and I’ve seen a lot of racial tension come and go over the years, so for me, when I’m going to these places and meeting people, I’m like well I‘ve overcome bullying for a start and I’ve had to put up with tough situations in my everyday life growing up so end of the day all I’ve got to do is go up and say hello to someone and maybe show them something that I’m good at. If you look at it in that way no one’s going to get hurt. It’s not as daunting as it might seem, but obviously it’s all about perspective. If I had an easier upbringing and not had as much negative drama, then going to some of these places might feel really scary. Going to Compton in Los Angeles might seem really daunting and obviously it can be a quite scary place, but because I’ve grown up in places that I feel are equally as scary it’s never been a problem for me.”

S] What are some of your standout moments from your career?

D] “One of the most famous moments was when I walked across the River Thames. That was such an iconic moment and it was the first time that any British magician had done a big stunt on that type of scale. You hear about a lot of American magicians doing things like that over in America, but no one had ever really done anything like that in our country so that was a history changing moment for magic and for my personal career. Over the years, levitating over Christ the Redeemer, walking down the side of the LA Times building, receiving an award from Will Smith for my success with the Prince’s Trust and then being made a Prince’s Trust ambassador, which means a lot to me because they’re such an inspirational trust. They really help and change lives and they allowed my dreams to come true so to be able to give back to that trust is very important to me. To bring it up to date, having my live tour be as successful as it has been. Over the last six months there have been just over four-hundred-thousand people come to arenas that they would normally go to see pop bands like Justin Bieber, Kanye West, Taylor Swift. That’s kind of a landmark because magic in arenas hasn’t been done in years. I think David Copperfield back in the early eighties is probably the last person to do that and he’s a proper legend in magic. Hopefully I’m half as successful in my career when I’m his age, but I’m just happy that I’m getting to enjoy this journey and this life right now and hopefully inspiring people to follow their dreams.”

S] Would you say it’s all about having passion for something that you love?

D] “Passion is the biggest form of motivation. If you’re passionate about something it will drive you to succeed. There are going to be so many speed bumps along the road and things that are going to try to stop you in your tracks and tell you that you can’t do this or that, but if you look at my career it really is a testament that no matter where you come from nothing is impossible.” 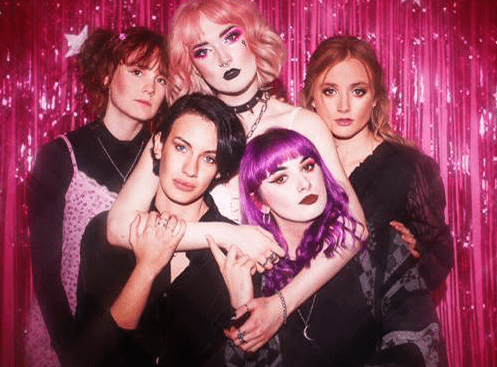