Festival favourites, Gallows return to Leeds Festival with new-ish recruit Wade MacNeil (formerly of Alexisonfire) and a new self-titled album due out in September. Wade and guitarist Laurent “Lags” Barnard sat down with Soundsphere to talk about the new record, their upcoming European tour and erm…zombies. 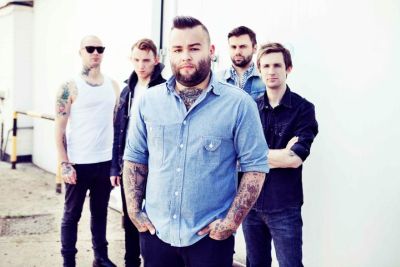 S] Welcome to Leeds Festival! You happy to be back?

Laurent “Lags” Barnard] “Yeah, it feels really good. I did Reading last year and missed out on Leeds so I was just hanging out and partying and Djing y’know! So, it’s good to be back in Leeds, yeah!

Wade MacNeil] “Yeah I guess it’s been about three years. We’re trying to figure how many times we’ve been, I guess this’ll be my sixth.”

LB] “And my fifth with Gallows, yeah.”

S] Obviously fans will be aware of the recent line-up change within the band, what is it you’re looking forward to in the new era of Gallows?

WM] “Very shortly the new [self-titled] record comes out, the brand new record [in September, actually] that I feel like last year has been building up towards and yeah we’re just really excited to get those new songs out and show people the new era for the band.”

S] You’re playing the Dance/Lock-Up Stage tonight, how much of the set-list will incorporate material from the new self-titled album?

WM] “It’s always nice when you see a band playing new songs but people have a tendency to stop dancing and start listening and so yeah, you’ve got to find a bit of balance!”

S] So Wade, are you looking forward to your first time at Leeds and Reading with Gallows?

WM] “I met him at the K! Awards, we stayed up all night and acted like psychopaths and then I showed up at Reading the next day and he was like ‘Hey, come play guitar on the last song!’ and he showed me all the moves real quick, so I went up there, played all the wrong notes…and I don’t think he told anyone else in the band too, so everyone was just like ‘Who the f–k is this guy?’. So yeah, this will be my second time, but with less guitar this time.”

S] Are there any bands you’d like to see over the Leeds and Reading weekend?

WN] “I’d really like to see Turbonegro, they’re like definitely one of my favourite bands. They’re on right before us so I think that’ll work out well. And obviously the Foo Fighters.”

JB] “Justice are playing tonight and that’ll be good!”

S] After this summer’s festival season you got a European tour coming up. When that comes around, what are you looking forward to the most?

LB] “I think again, just playing the new songs – even for me and Stu [Stuart Gili-Ross, bass] playing tracks off ‘Grey Britain’ for the last three or four years – so it’s going to be really good to get some new songs in, and songs we love as well. We’re really happy with the album and it’s going to be great.”

S] In terms of places in Europe you’ll be visiting, is there anywhere you’re looking to seeing for the first time?

WM] “I’m really looking forward to going to Poland. I’ve never really played much in Eastern Europe, though I’ve done the Czech Republic a bunch of times, but that’s about as far as it goes. So, yeah I’m really excited to see Poland.”

LB] “I’ll be really happy to go back to Norway. I’ve got a lot of friends in Norway so it’ll be fun.”

S] Final question, if you were in a Zombie Apocalypse, what weapon would you use and why?

LB] Chainsaw. I’ll go with that, it seems like the one to use against zombies, most people use it- it’s the go-to killing machine. You can just wave it around!

WM] “I’d say, lawnmower. You can just spin it around.”

Stuart Gili-Ross] “Erm, my penis. If the sight of it won’t put them off, the smell will.” 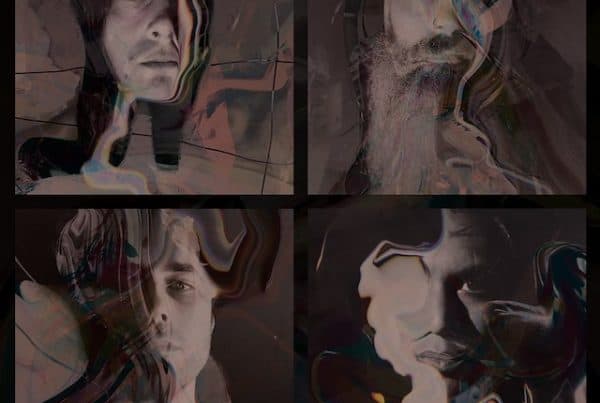