Sleaford Mods are often brushed off as lager-sloshing, geezer-group leaders spouting to a league of baldheaded men. Once again, the hypothetical ‘Joe Public’ has got it entirely wrong.

Sleaford Mods are misunderstood because their dynamic and sound goes beyond what we recognise. They are two middle-aged, working class men – truly working class, it’s worth noting, not the marketable brand identity that it has become – who are not ‘geezers’, but are unafraid to explore the many shades of masculinity. Jason Williamson is a straight man, married with two kids, but wears his brilliantly camp stage presence on his sleeve; Andrew Fearn is openly gay. They offer many shades of British male identity for their fans to see eye-to-eye with. Far more than that, however, is that Sleaford Mods are by far the best political lyricists and social commentators of austerity-era Britain – they live next door, not tucked away in London townhouses. Their eleventh album, ‘Eton Mess’ takes aim at these ivory towers in a way that is more relevant than ever.

“You get to this point when you want to go bigger, and you’re no longer satisfied with what you’ve got.” Williamson muses, looking back on their twelve years together. Their embittered explorations of working-class life, laden with profanity under his thick East Midlands accent, has been Sleaford Mods’ undying fuel. For as long as inequalities in our social system, and injustices in our politics, there will be another Sleaford Mods album, it would seem. “It’s a bit of a double-edged sword,” he continues, “because you can go up your own arse a bit, and lose sight of what you’re in it for – before you know it, you just look like a twat. But, in saying that, it’s good to never feel satisfied because it pushes you along – I’m not talking satisfied in terms of bank balance (though it’s nice to have a bit of money), but creatively – in the sense of how you can capture more people.”

When we asked Williamson what one of the biggest challenges he faces in Sleaford Mods is quite simple: “Ignoring all the wankers. You know, we do get a lot of stick because it’s such base-level music – that’s all it is: working-class music. It gets people’s backs up because they just palm it off as a joke, a fucking comedy act, or whatever – but it’s not. It’s a case of trying to ignore that and proving everyone wrong.” He adds: “More than that, we’re trying to keep it interesting and not repeat ourselves. We don’t want to turn into disingenuous idiots – there are a lot of them. Some people aren’t even aware of it. Sleaford Mods have been going for five years now, in the commercial sense; we’re aware that when we reach ten years, it’s not going to be as good, perhaps. It might not stick to the current climate. It might change like that in two years, you never know – so you’ve got to be aware of all these things, and just keep going.”

Sleaford Mods prove to the kids in bedrooms with no hi-tech equipment but with a creative gift to give, that yes, you can tour Europe; yes, your voice is valuable; and yes, you can have your own proper Wikipedia page. Despite having a growing following of young people, “For a long time we just had white middle-aged men in our audience.” Williamson confessed. “Then it changed a bit – more women came. Particularly in Europe, you find a lot more young people turning up. I’ve noticed in the last couple of years there have been a lot more in English gigs. It’s great if it inspires young people.”

Despite having toured across the continent, Sleaford Mods don’t forget the smaller cities often neglected by heavyweight acts. Some might accuse Sleaford Mods of making a tactical move – a part of their working-class ‘business model’, perhaps. “It is a business model!” Williamson cries. “You have to treat it like a business, otherwise it will just go – we’re in a fickle industry. We’re not a buzz band anymore; four years ago we were, and people came after us. We didn’t have to put too much into it. Now that has passed, you have to learn to promote yourself and compete in the market. I don’t think there is anything wrong with treating your band like a business. We didn’t want to do loads of in-store performances where you have to buy the album for entry or a place in the charts. I got a bit cynical about that in the end. I’d like a nice chart place, but since we’ve gone independent there’s not much chance of that happening. But who knows? We wanted to do a signing thing rather than doing a half an hour set and fucking off. It’s better to go to local record shops, because not every town and city has their own Rough Trade where everything happens.”

‘When You Come Up to Me’, taken from their latest album ‘Eton Alive’, is a track which strikes you with its overtones of solitude. It’s far more reserved and confessional compared to the rest of the album, and makes Williamson sound more aged than his 48 years. The inspiration for ‘When You Come Up to Me’ was when “somebody was doing a drug deal right outside my house,” William says.  “The dealer had an epileptic fit, and the people he was selling to came to my house and asked if I would call an ambulance. I went out, and at first, I thought he was off his nut – but the two guys said he was just like that sometimes. When the ambulance came, it struck me how different we were from each other – even how different the two guys were. Everyone was just very singular. It reminded me of what an insular world we live in. This is something we all know: it can be a lonely place and it’s becoming even lonelier for people. Everyone was non-responsive to each other, almost. The ambulance sorted him out and everything was fine, but we were all disconnected from each other. I really started to notice it. I based the song around that, really; it rolls back into the name of the album title ‘Eaten Alive’, and how the various members from Eton College who constructed the austerity policies have basically turned the country into a cold dinner. Everyone is numb and unresponsive, just going about their daily business.”

While his train of thought is on ‘Eton Alive’, he adds, “It’s the strongest album we’ve done to date, really – strongest in the sense of quality of the songs. The other albums were reactive, they were angry, they were impulsive, they were of their time, so to speak. This one is more pop – more mature, perhaps. It’s a lot tighter and more confident. So, from that perspective, it is the most commercial album we’ve done so far. I’m quite proud of it.”

Since the early days, Williamson would leave work and head straight for Andrew’s house, where they would stay up until 3AM recording music and having a “piss about” – just like many aspiring bands and musicians not only across Britain, but across the world. From the perspective of a working-class duo, who, with no formal training have managed to sell out venues and gain column inches, Williamson has this advice to offer: “You need to be honest with yourself when you’re creating. You need to collect around you psychological instruments that are going to enable you to realise what makes a good song and what makes a crap song. That can come down to all kinds of mechanisms: the formula, the content, the political or social message. You’ve got to look around yourself and match your music to the times and move with them. Apart from that, just keep going. If you’ve decided that this is what you want to do, then you keep going with it – that’s all I can say. You’re going to find routes and ways and means to make sure you do it. If that means taking any old job, take any old job. Keep yourself as light as you can possibly be. Don’t attach yourself to too many things that are going to drag you down on the way. Don’t stop.” 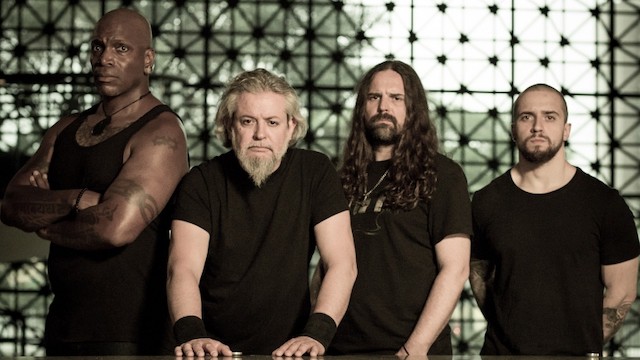