The Offspring, Status Quo and Steel Panther have been added to the Download Festival 2014 line-up. 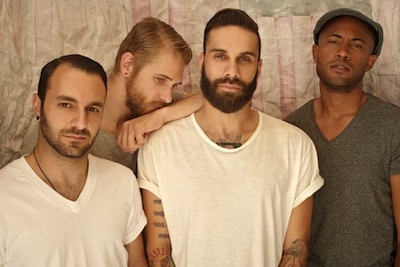 The festival will be headlined by Aerosmith, Linkin Park and Avenged Sevenfold as well as boasting the previously announced appearances from Alter Bridge, Rob Zombie and Fall Out Boy.

Download Festival will take place at Donington Park between June 13 – 15, 2014. Other recent bands confirmed to be on the bill include Trivium, In Flames, While She Sleeps, letlive (pictured), The Black Dahlia Murder, Crossfaith, Miss May I, Blessthefall and Dying Fetus.

The Offspring last appeared at the event in 2008. Speaking about their return, guitarist Noodles said: “It’s been six years since we first played Download and we can’t wait to return and rip it up. Stoked!”

Meanwhile, Status Quo will be making their Download debut next year, though they played the Donington site in the 1980s at the Monsters Of Rock event.

Vocalist Francis Rossi has said of their Download appearance: “When Status Quo once again take to the Donington stage, it will have been 32 years since we headlined the Monsters of Rock Festival on August 21st 1982. That year saw the Falklands War, the launch of the Commodore 64, Aston Villa winning the European Cup and the raising of the Mary Rose. You might say a lot has changed since then but we are still rocking, and still playing the Quo hits. See you there.”