As a prequel to their fifth album, genre moulding legends Senser release ‘Biting Rhymes’, a compilation of early hip-hop covers, paying homage to the artists who inspired their pioneering rap-rock-metal sound. In their words: “This is really the music most of us grew up with, to us early Hip Hop represents a parallel with folk music, or the Jazz standards – a lexicon of classics.” 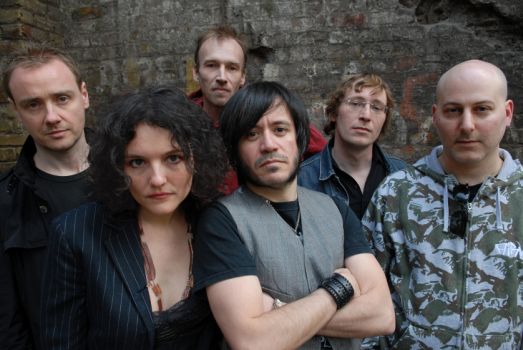 Senser have chosen songs from what can be considered the second wave of hip-hop by Public Enemy, Eric B and Rakim, LL Cool J, and The Beastie Boys to rework in their own style. The versions vary from faithful renditions to explorations of the original themes and certain live recordings that date from early in their career.

To celebrate the release, Senser have made their cover of Public Enemy’s ‘Channel Zero’, featuring a sample of ‘Angel of Death’ by thrash legends Slayer, available to stream. Check it out here – http://soundcloud.com/senserband/senser-channel-zero.

They continue: “It’s fairly common knowledge that the track ‘Channel Zero’ by Public Enemy was very important to us; a big catalyst in showing the possibilities. We’ve been playing it since the start.”

‘Biting Rhymes’ will be available digitally via Imprint Music on November 27, with the track ‘Looking Down The Barrel Of The Gun available as a free download from senser.co.uk.