Crowns and Sharks hook up for UK tour

A string of spring tour dates have been announced by Cornish folk-punk quartet Crowns. 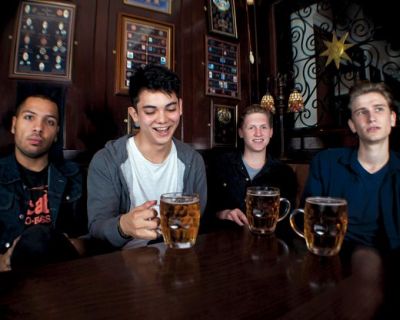 With support on the road from Warwickshire punk foursome Sharks, the twelve dates follow on the back of the release of a self-titled EP by the band. The six-track set, released on their own imprint Ship Wreckords, is out on March 5 – or St Piran’s Day in their native duchy.

The tour schedule is as follows:

The guys are also playing three gigs in the West Country next February – in Truro, Launceston and Exeter.  Details on those shows and the tour with Sharks can be found on the Crowns website.