By Editor June 25, 2009 August 14th, 2016 World
No Comments
Deftones have headed back into the studio to re-record the much delayed forthcoming new album ‘Eros’. 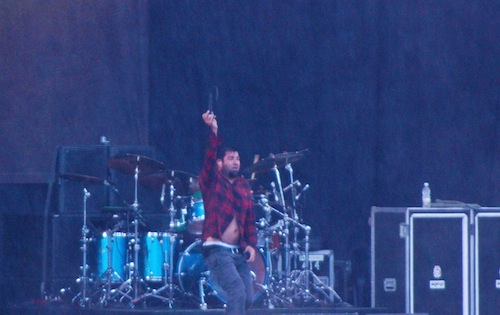 The album had already been recorded with bassist Chi Cheng before he was involved in a car accident last November which put him in coma.

Writing on their MySpace blog, the band claimed that the original record featuring Cheng “doesn’t best encompass and represent who we are currently as people and as musicians”.

They added that they believed that going back to the drawing board “was right artistically”. The band claim that the tracks that comprised the original version of ‘Eros’ with the bassist’s contribution will see the light of day eventually.

Former Quicksand bassist Sergio Vega has been playing with the band since Cheng‘s accident.