Since the disbanding of the Canadian alternative rock act, The Matthew Good Band, Matthew Good has still been plenty busy with his political activism, blogs and of course his most recent album, ‘Arrows Of Desire’. The Canadian rocker’s eighth solo studio album is a fantastic mash up of political messages, brilliant metaphors and impressive musicianship all folded into a ten track record. 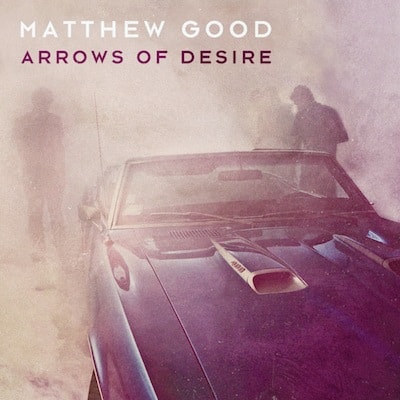 After establishing a name for himself in the Canadian music scene in the nineties with his band, Matthew Good went solo and has released a collection of albums since then which are hard to compare to his band in any way. Of course, Good’s unique and compelling vocals are evident in both his solo work and his work with The Matthew Good Band, however you can feel the difference between the content and generally the state that Good is in while listening to each album and ‘Arrows of Desire’ is definitely a perfect example of that.

The album starts off with the title track, ‘Arrows Of Desire’ and is exactly what we want to hear when we press play. It kicks off with an electrifying guitar intro leading right into Good’s eminent vocals. This track has us locked in and ready to hear what Good has in store for us with the next nine songs, and we’re not disappointed. The diversity in the sound of the album makes it that much more interesting to listen to. Good excels at combining that classic feel of nineties alternative music that he is so well known for with a hard rock component which is sometimes laced with anything from Blues to Ballads which can be heard in the album’s third track, ‘Had It Coming’. We really hear Good’s political side come out in this track with angry undertones throughout the verse, going straight into a catchy and melodic chorus. Good has a great formula of creating songs with memorable lyrics placed perfectly throughout a catchy tune that really resonates with the listener.

While every track on the album is meaningful and memorable in their own way, the tracks start to blend together for the first half of the album, all being powerful and fast rock songs with catchy music and great vocals. However the album takes a turn in the sixth track, ‘Garden of Knives’ which has a more melancholy sound to it behind Good’s aggressive sounding vocals. The music in this track is different from the others with a more experimental sound rather than the previously heard fast and loud guitars. We love the diversity of Good as a songwriter with tracks on the album that are more personal and other tracks that really deliver a message to us.

By the final track ‘Letters In Wartime’ Good has taken us on a lyrical and musical trip throughout the inner-workings of his mind. With beautifully constructed lyrics ‘Letter In Wartime’ is exactly what we want to finish this album. It is a brilliant track that encompasses the previous nine tracks on the album perfectly by including a hard rocking element with some experimental guitar sounds, fantastic metaphors and the sound of Good’s voice that we all know and love. While it’s apparent that Good has changed greatly as an artist in the past ten years that he has been a solo performer, this album really showcases his talent in a perfect way; he gives us something new to enjoy with the same old flair that we already know and love.