Much like the effects of 2013’s ‘Higgs Boson’, the new album from Yorkshire’s heaviest, loudest, riffiest motherfuckers proves that one who is loud, heavy and riffy, must only become more so, and in the grandest fashion.‘Giant Glenn’ shows that progression, and that ever-pounding certainty that RSJ are an unaltered beast cranking out the unfaltering gold they’re known for and rocketing it at you like a freight train weighted with iron…or fuck it, rimmed steel joists. 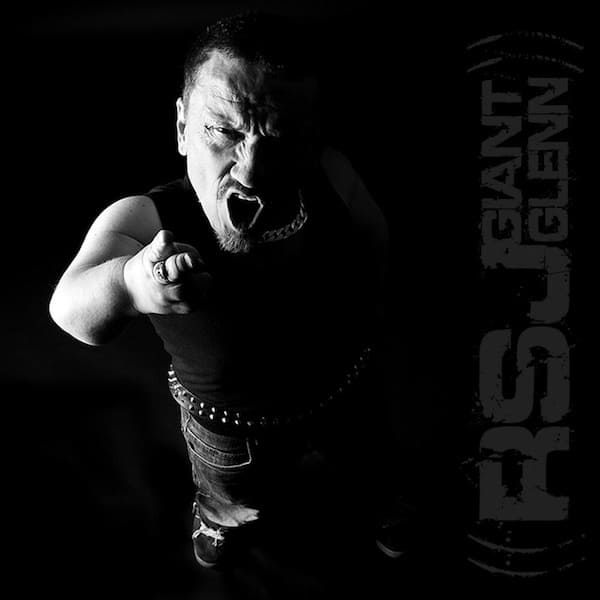 It starts with a creeping lurking explosion of tension and build with its title track – a stark contrast to the blastbeat hit-the-ground-sprinting-with-a-propellor-in-your-arse opener ‘His Name is Robert Paulson’ – leading into the leviathan that is ‘Fuck Off Joe’, a hefty assurance that this ride ain’t slowing down soon. It lives its life its way,…fuck you. Then ‘Right Turn Clyde’ hits you with the vibes that will massively please fans of the likes of ‘Running With Scissors’ and ‘Oceans’. Personally, this is my favourite track on the whole disc. Impartiality goes a long way with some reviews, but with RSJ, that shit goes out the window. The guitar work is frantic and almost threatens to stretch the sound to pure metal. The same can be said for ‘Bloody Mary’, which gets going with a thrash punk tempo and some of the coolest dissonant riffage I’ve heard all year, right before the game changes suddenly and whacks you upside the face with emotional power. I don’t wanna give that beautiful moment away too much, so I’ll let the surprise take you on its journey rather than dissect it like some prick who can’t resist the urge to pick flowers apart and piss on their petals.

If you’re more into the cacophonous side of RSJ, fret (terrible pun alert) not, for there is plenty of that to go around. Single ‘Hit the Road Jack’ (who the heck are these people? Glenn? Joe? Clyde? I love you guys, but you’re so damn cryptic) is a raging speedhorn of a track, made more furious with the Cook/Loughlin combo, and that makes for some heavy duty stuff, and ‘Gordon’s Alive’ could be the most RSJ affirming track on here, with its dissonant fury and melodic beauty dosed in perfect ratios, a number that’s almost a magnificent callback to ‘I Did Not Die’ in terms of its vibe, though the heavier points are built on majorly and accelerated tenfold.

I’m thrilled to say that this disc ends just as it begins, with the slamming riffing goodness and hard-hitting panic stricken backing vocals of ‘For Pete’s Sake’. Remember ‘Degrees of Separation’? It’s like that on crack. And ‘Play It Again Sam’ assaults you with more of the above.The shrieking riffs, aggression-fuelled drums, and powerful vocals take centre stage for the first two minutes, and then the band bring things home with more melody. While it’s a great tune, and a sick ending to a belter of a comeback, you can guarantee that this ain’t the one that’s gonna end the shows. That accolade still goes to ‘Oceans’.

And there ya have it! The new noise from York’s finest riff-maestros takes everything you love about the band’s first two discs and makes it all more intense, and I’m getting a hell of a sense of deja vu writing that. I think I said the same thing about ‘Higgs Boson’. Well put it this way, if ‘Reflections in B Minor’ and ‘Gain To Nothing’ were the albums that made RSJ the established underground metal act they are, then ‘Higgs’ and ‘Glenn’ are the ones that will prove them to be musical titans, even if they remain underground, which, as a huge part of their Yorkshire charm, wouldn’t be the worst thing, but status notwithstanding, they’re an intense bunch of musicians, and some of my favourites out there right now. On the planet I mean. Here’s to the next one. Play it again, sam.