Despite Vai, Satriani and, to a lesser extent, Petrucci showing that a market does exist for widdly-widdly guitar nerds, it can’t be denied it’s a small and definitely niche one. 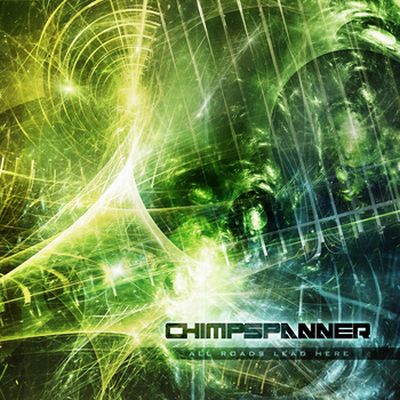 Satriani apart, one could argue further that the undoubted success of those gentlemen has less to do with any wide-spread appeal for the genre and rather more to do with the fact that their reputations were already established in name bands before ploughing a solo furrow.

In any event, instrumental albums don’t sell well and that’s a real shame as far as Chimp Spanner is concerned. This is expertly dispatched, sumptuously arranged and, in all manner of ways, highly impressive and enjoyable stuff.

Chimp Spanner, not a garage tool for lesser primates, is an actual human being in the form of Essex Boy, Paul Antonio Ortiz who, let us be clear, plays the absolute sh** out of the variety of six, seven and even eight-string axes deployed across the disc’s six tracks.

Stylistically, too, this is pure joy; dreamy, ambient backing, biting riffs one minute and fluid, liquid-sparkling runs of warm, burnished gold the next. There’s a place for the eerie and haunting, too, as the esoterically-monikered ‘Engrams’ demonstrates.

Progressive-techno metal might well be the pigeon-hole into which comrade Ortiz has crammed himself but he’s doing himself a disservice. Sure, there are those elements but jazz, neo-classical, djent and an entirely original approach blend these elements into something altogether more satisfying than mere labels can describe.

The centre-piece of the album is ‘Mobius’, an interlinked, three-track workout that sees Ortiz’ dazzling virtuosity, feel for tasteful ambience and an undeniable grasp of melody displayed to the full.

If you like your mixolydians and your phrygian modes wrapped in sophisticated melodic packaging then this is certainly the album for you.