There are worse things in life than being Trent Reznor’s bitch boy, though chances are that Richard Patrick wouldn’t overly agree with that sentiment. Jumping the good ship NIN to form Filter with Brian Liesegang in 1993, their debut album, ‘Short Bus’, would go on to feature similarly jagged electronica punctuated by equally bloody shards of static-driven guitar. 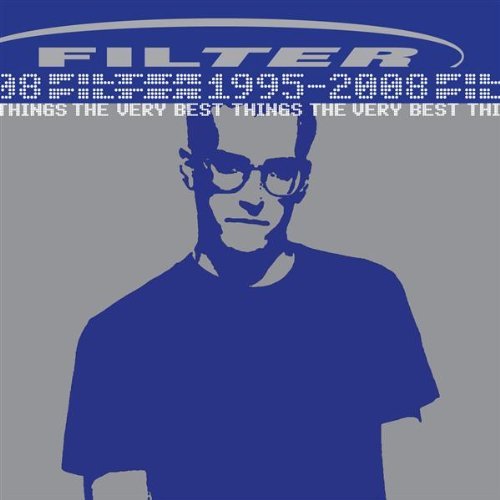 ‘Hey Man Nice Shot’ was alt-rock at it’s finest, the insistent low end rhythm steadily building the pressure before *that* riotous tsunami of a chorus landed, even today it’s a contentious issue as to whether the song’s a call for political ballot by bullet or an overly harsh critique of Kurt Cobain. ‘Jurrasitol’, taken from the movie The Crow: City Of Angels follows a similar, though less incendiary, template but it was Filter’s collaboration with The Crystal Method on ‘(Can’t You) Trip Like I Do’ that, for this journo at least, Filter maxed out their potential with a sublime mix of digital groove and barely veiled rage that still ignites dance floors to this day.

Liesegang left the band soon after which resulted in the seismic shift in direction of second album ‘Title Of Record’. Opening single ‘Welcome To The Fold’ may have been built around a juggernaut of a riff, but it was ‘Take A Picture’ that secured Filter their greatest commercial kudos, a jaunty acoustic and bongo combo about the time Patrick wound up drunk and naked on an airplane with no recollection of how he’d got there.

Thankfully ‘The Best Things’ and ‘Skinny’ balanced that particular creative karma before the band continued their inexorable transformation into U2 on ‘The Amalgamut’. Represented here by ‘Where Do We Go From Here’ and ‘The Only Way (Is The Wrong Way)’, the former being an acoustic led track that soon veers off into slightly more acerbic territory, whereas the latter is an acoustic led piece that soon veers off into… oh…

Unsurprisingly, this album failed to live up to the popularity of its forebears and made for a bit of a creative faux pas. Not long after Filter went into remission, before returning with last years ‘website’, where the lead track, ‘Soldiers Of Misfortune’ amped up the angst and the guitars and saw Patrick finding himself again after too long in the wilderness. Most ‘Best Ofs’ succeed in little more than acting as a reminder as to a band’s most popular songs, but here the tracks run almost in synch with Richard Patrick’s private life – the early highs, the creative low that coincides with his time in rehab and his subsequent appetite for construction, With that in mind ‘The Very Best Things’ should be viewed as an eerily prescient guide to what to do, and more importantly, what not to do, to survive in the cut throat world better known as the music industry.

Check out the video for ‘Can’t You Trip Like I Do?’ below: