We’ll be honest, gentle reader; when we first turned our attention to the new Gone Til Winter EP we heard little to stimulate our excitement. We sighed wearily and prepared to endure six tracks of what we expected to be fairly generic goth-metal. We were content in our ignorance; we had no comprehension of the terror that was to come… 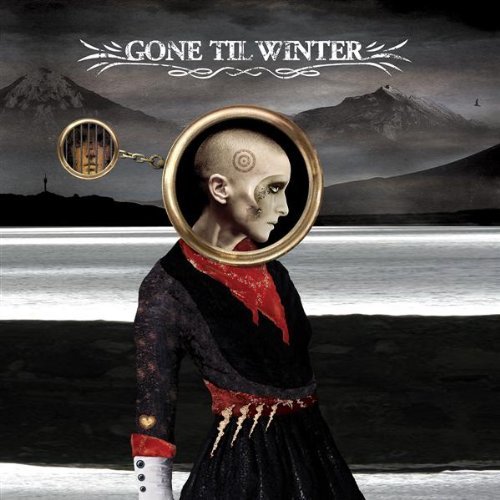 Out of nowhere we were beset by an innocent-sounding synth riff spinning dark magics against the backdrop of a metallic behemoth. It’s presence left us aghast; what form of witchery was being wrought before us? Barely had we recovered our collective wits when the vocalist started her siren-song and we realised that by some dark power the horror unfolding here had engendered within us a perverse feeling of pleasure; this song was really good.

It’s clear that it’s Talena’s vocal talent that holds the sound together. Her voice is both powerful and bewitching, the harmonies are tight and uplifting. You can hear real passion in her voice which is a refreshing change from the legion of emotionally dead drones fronting other bands in the genre.

Musically Gone Til Winter swing between frantic metal riffing and soaring melodic passages. At certain times we can hear elements reminiscent of Killswitch Engage and Pantera. There will also be the inevitable comparisons with bands like Nightwish – make of this what you will.

We would perhaps suggest that without Talena the band would sound very similar to other acts in the genre – there’s not enough going on musically to make them stand out – but as things are they’re simply a cut above. It’s not ground-breaking stuff but it is extremely well done. The songs are catchy while being heavy enough to appeal to metalheads and the production is perfect for this kind of music.

Overall we heartily recommend this EP to anyone with an appreciation for metal and we will expect to see Gone Til Winter going on to great things.