This stuff will mangle your senses and rip out your soul, in the nicest way possible. Opener ‘Dumb’ takes major influence from the likes of Queen Adreena and the Yeah Yeah Yeahs. It’s a furious rock-out with angst-ridden lyrics and serious rock club dancefloor potential. 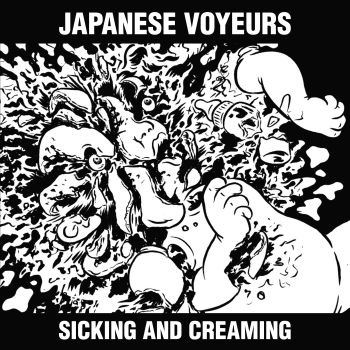 The guitars on the first track build and build towards a massive crescendo of pure and beautiful noise that harks back to the best in mid-90s alt-rock. There’s no band in the country right now as quirky, or as cool…your morbid curiosity will be pricked.

The second tune, ‘X-Ray Ted’ blends spacey guitar elements grunge-infected beats and My Bloody Valentine-esque distortion. Be careful, this might just claw your face off. Just in case you haven’t got the picture yet, this music is deliciously vitriolic and it hits hard in all the right places.

The final track on this delightful debut is ‘You’re So Cool’ and on it moody, epic guitars ala’ The Pixies (via Queens Of The Stone Age) crash against blistering punk drums and Romily Alice’s schizophrenic vocals. This is definitely the disk’s standout tune and it’s this kind of material that will no doubt incite riots at festivals, pis* parents off and turn these guys into one of Britain’s most popular alternative acts in the very near future.

Check out the video for ‘Dumb’ below: