CD Review: Melody Of Your Demise – ‘We Call The Shots’

If there’s one thing York is famous for, apart from all the churches and sh**, it’s an unrelenting scene of metal and hardcore bands (Glamour of the Kill, Asking Alexandria et al), varying in quality from the decent to the downright forgettable. Enter Melody Of Your Demise… 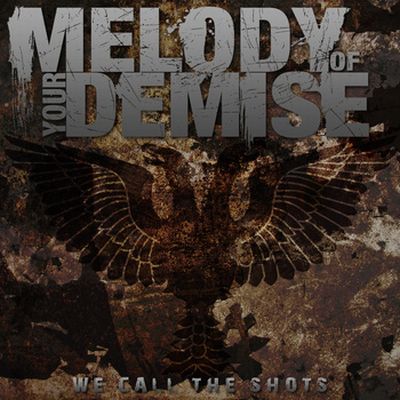 In fairness, the post-hardcore six piece do occasionally show flashes of talent, and are not the worst in a long wave of generic metal. In fact, the band have quite a fanbase and have supported Yashin, RSJ, Trigger The Bloodshed, With One Last Breathe, Glamour Of The Kill, and Shadows Chasing Ghosts. However, the three-track EP is unpolished and immature, and lacks any sort of depth when compared to more driven artists of the same genre.

The riffs, which are arguable the best part of the album (aside from the track names, and how short it is) are technically impressive at times, however there is a distinct lack of energy from the record, which is a vital factor in creating innovative metal. The vocals, whilst varying from melodic to screaming, are unfocused and underwhelming. With a little work the two vocalists could contribute a lot more to the quality of the record, however the band are stilted and too similar to other bands of the same style.

The opening track, ‘Does This Drink Taste Like Rohypnol To You?’ is quite forgettable, with the frantic, at times off-key wailing starkly conflicting with the lead riff, and the chaos builds from there. The band come across as juvenile at times: the lyrics are sloppy and lack character, and the riffage never quite makes it to brutal.

The second track starts strong, besides the disinterested drumming, up until the melodic chorus, which is awkward and unenthusiastic, and never quite reaches the climax it is aiming for. ‘Arrogance Is Bliss’, the final track, is repetitive instead of innovative, and a good example of the band’s ever-apparent ego. The song titles, while intelligently phrased and interesting, starkly contrast with the immature lyrics all through the album.

An unfortunate miss for the York based youngsters.