CD Review: Motion Picture Soundtrack – ‘The Shapes We Fear Are Our Own’

Off the back of their first EP, Motion Picture Soundtrack deliver their debut album ‘The Shapes We Fear Are of Our Own’, an 11-track masterpiece that is fuelled with serious melancholic overtones to rival the likes of Radiohead alongside furious and explosive riffs that take the tracks to their awe-inspiring crescendos – this material is often attempted but rarely mastered. 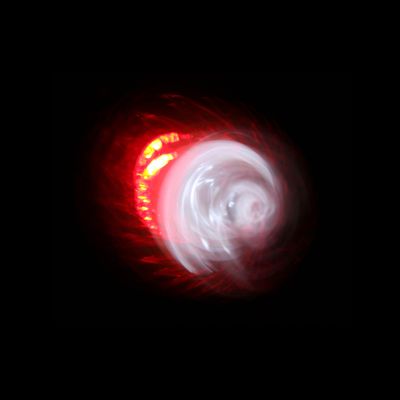 The album kicks off on a grand scale with ‘Make It Through the Night’. This is a tune filled with huge, soaring orchestral beauty that seems to be protected by a solid, boisterous guitar and drum combo. This sets the pace for the next tune ‘Departure’ which has the energetic sound and feel of the latter half of The Cure’s career providing the album with an exceptional single. The band changes the mood with ‘I Clipped Your Wing’ – an absolutely immense a song. It’s emotion-filled and haunting throughout – a total display of raw, progressive power.

Moving on to a more softer timbre is ‘The Strings That Tie To You’ is a song that shows the quality of the vocals and how the band as an entity effortlessly complement each other with a wave of heavy drums and light subtle guitars. The forthcoming single ‘Glass Figures’ is a tightly engineered track laced with fast-paced indie-styled riffs but lacks the panache and finesse of the other tracks. This is a wise choice for a single but it feels like it was made specifically for that purpose. This idea is continued in the next track ‘Whiterooms’ which contains the polished and commercial appeal of U2, but seems out of place on this challenging record.

Meanwhile, ‘Mirror’ picks the album right back up, offering arena–filling riffs and simple piano work, delivered with a plethora of monstrous backing guitars and ferocious drums, as does ‘On Earth (As It Is In Heaven)’- this monolithic track starts softly only to break into a progressive throng of sound. Follow-up, ‘Faults Of A Realist’ in our mind is the standout, with its Grohl-style drums and Thom Yorke-esque vocals which pull the song together to create a potential live classic.

With their live show in mind, have your lighters at the ready for ‘We Don’t Have To Think Like That Anymore’. It strips down to the core of the band to show an unusual genius. This one carefully plays with the listener throughout only to give a glorious ending without giving too much away, instead they save the rest for the eight minute beast that is ‘When All The Lights (Go Out)’. This one takes a grand approach, with beautiful rear orchestral elements midway through giving a start to the cinematic conclusion packed with a ghostly array of strings which take you by the hand and walk you towards the light. Simply put, this is the way alt-rock should be done.