After disappearing for seven years, battling with deeply personal issues, following individual paths and taking on projects, Sunna returned with ‘Two Minute Terror’, an album that made fans of real heavy alternative rock beg them to never vanish again. 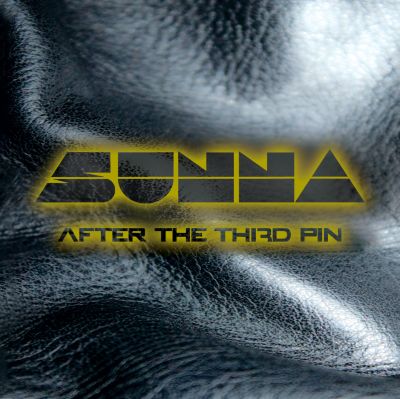 With this, the third studio album, Sunna is still going strong. We have several different drummers contributing, including Mark Richardson (who you may know from Skunk Anansie or Feeder) and on ‘Feel The Blade’ Jon’s (Harris, vocals/composer/producer) son Sid, only fourteen, performs guitar. This creates a real sense of diversity, and some offerings seem more rock-orientated than industrial, however, the interesting thought-provoking lyrics prevent it from falling down that big black hole that is the modern “rock” genre.

‘Suffer The Pain’ is the first song on the album, and it sets the tone perfectly for the rest of the record. Without setting your expectations on the heavy-soft scale at one end or the other, it falls beautifully in the middle. Its catchy guitar hook and raw vocals excite you for the songs to come.

‘Forced Attrition’ from the get-go is fast, heavy and aggressive. The song title should tell you all of that, evoking images of war and suffering. Everything about this song is hostile, from the uncompromising drums to the hard-hitting vocals. ‘Emoticon Expression’ meanwhile, is a fun song that will have you thrashing about a fair bit. Turn it up real loud and listen though, there is something sinister about the lyrics in the tradition of Nine Inch Nails’ earlier work, that’ll make you love the song even more: “I can’t stay here by myself, climbing the walls”.

One of the highlights of the album is the title track. A slower, acoustic song, it is gentle and emotional, though it does sound like an anti-drug message. The lyrics are bold and obvious. There is no mistaking that this song is about the effects of drugs on one’s morals, body, and the important people in your life, but the banjo melody totally makes the song. Its incorporation will make you smile, and turns this somewhat shallow song in to something to think about, and we are left to wonder why Harris used an instrument with the upbeat connotations that a banjo brings?

With the shortest song at more than three minutes long, the thoughts behind each tune are highly developed and will leave you wondering where they originated and wanting to listen again. Intriguing and absorbing, this album is definitely a grower. At first glance you are taken in by the initial melodies and lyrics, but as you listen again and again, new layers and meaning to the songs are uncovered.