After a smashing start in 2011 with their single ‘Never Been To Mars’ and rave reviews of their live shows, the fresh-faced Dirt Tracks have returned with a new EP ‘The Madding Crowd’. The four-song EP brings together upbeat, Morrisey-sounding songs with much grungier electronic styles. Despite being a relatively small band, the production quality from Alex Wharton at Abbey Road Studios – who has worked with the likes of The Chemical Brothers and and Bjork – is smooth and professional. 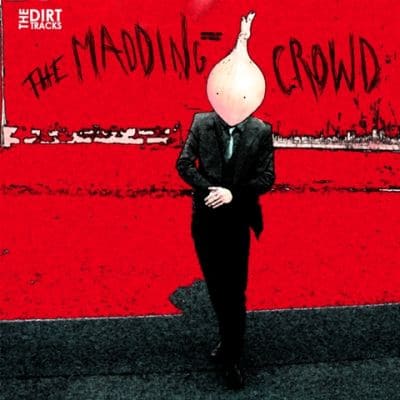 The Valencian quartet, comprised of Coma on the guitar and lead vocals, Masid on the drums, Karl controlling samples and additional vocals, Mikel on the bass and Rafa on guitar and backing vocals, form a a tight-knit indie rock band reminiscent of an early Radiohead, or Muse. Their impressive vocal ranges mix seamlessly with muddy guitars over orchestral strings, leading the music to often feel like a British indie song you may know, but without ripping off or being unoriginal. Coma, Masid and Karl had worked together previously, but when Mikel and Rafa joined them in June 2011 they formed The Dirt Tracks, a band which are gathering more and more attention for their impressive live shows and complex music.

Since starting out a couple of years ago, the band have worked hard on building a fan base and piecing together the EP ‘The Madding Crowd’ which portrays a style built on a huge variety of influences from seventies rock to modern-day British indie scene. Singing in English was barely a choice for this Spanish band – being so influenced by British music, it seemed much more natural, which has lead many attendees to their shows to believe that they are English; a huge compliment in some ways, musically, for the band. Sometimes small bands want to be huge, to have adoring fans, but all The Dirt Tracks want is the chance to explore their music and to see people dancing and having fun – if they could make enough money to spend all their time dedicated to music they would be happy, but this is a group of people for whom creating and performing music is a vital passion more important than fame and fortune.

An EP well worth checking out if you’re into some of the heavier, alternative styles of British indie, this feels like it could be a ramp up to something much more spectacular in the future. Their recent tour of England was a huge success and critics are predicting big things for this band once they cement their style more firmly and move from the shadows of Muse and Radiohead to become a solid, stylistic band on their own terms.

‘The Madding Crowd’ was first released in May of last year, recorded and mixed at Music Rooms Studios in Valencia and Mastered at Abbey Road Studios in London.