CD Review: WVM – ‘The End Is Only The Beginning’ 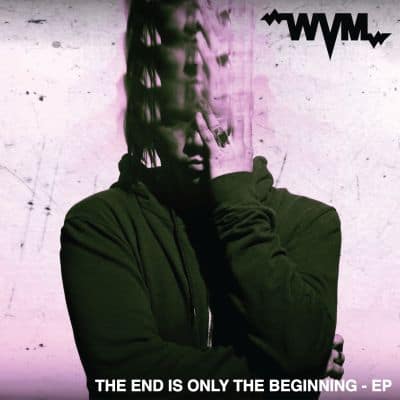 This is a ship fronted by one man – WVM masterminds everything from composing, arranging and production on this little voyage but that’s not to say he’s completely unaccompanied. He’s invited some of the more eye-catching names in the industry to partake in a fruity track or three, Josh Freese (Smashing Pumpkins, A Perfect Circle) and Chris Vrenna (Marilyn Manson, Nine Inch Nails). With these two names on board there’s perhaps a little hint of what to expect, something with a dash of darkness, thumping drum tracks and a little taste of that “special something”.

‘Black Sun’ (featuring Vrenna) interestingly starts as something you might expect from a modern day dance-rock outfit, a slow teasing build to a point where a heavy-as-hell bass drop would slide into the mix, instead what kicks in feels tech-noir; synth explosions melding silky trance with echoing, haunting vocals.

In a purely complementary fashion, Josh Freese’s definite drum sounds leave their heavy mark on the next few tracks. ‘When Universes Collide’ is a three-minute seduction with a catchy riff and melodic chorus. A skilful choral layering of vocals seem to promise that the end of the world will show us honesty and enlightenment: “Nothing can hide the reasons why, when universes collide.”

‘For A Better Tomorrow’ is the 80s dalliance with hints of Numan and Duran Duran in the vocal sound. Emotive and distorted, this track seems to pack a punch that can be seen in colours.

Mixed by ‘The Downward Spiral’ producer and audio engineer Sean Beavan, there is an evident NiN feel to it. WVM himself says that working with Sean was an amazing experience, “he is sonically responsible for a lot of my favourite albums”, This can be seen in the tracks themselves, ‘Escapism’ is a five-minute musical epic which wouldn’t seem fair removed from Reznor and co.’s apocalyptic ‘Year Zero’ release. A song which offers a musical collage, easily digestible yet richly textured.

2012 is a year of prophecy; a year where cataclysmic or transformative global events have been promised. This EP creatively explores the themes of end times, dreams of tomorrow and the loss of self. Marrying both pop and electric, ‘The End Is Only The Beginning’ certainly leaves us hoping that this is the beginning of something big.