It takes summat special to coax the likes of The Prodigy and Gary Numan to an insalubrious Camden shi**ole (hey, it’s a term of endearment) like the Purple Turtle. That summat special in this case is the return of underground alt rock heroes, Sulpher, who have been in remission for the last few years. Still, here they are, and here we are, packed in like sardines, waiting for what is, at least here tonight, the musical equivalent of the Second Coming. 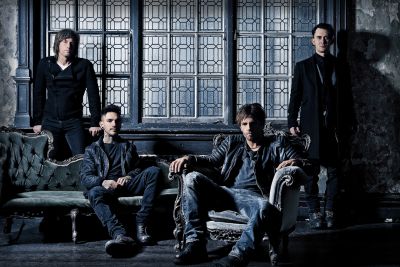 As the house lights dim, the ominous, slow-burn build-up of ‘One Of Us’ begins to play out and Sulpher take to the stage. Despite the restrained nature of this particular musical beast, It proves a unifying call to arms and creates a sense of camaraderie amongst those here tonight, especially prescient given the intimate nature of the venue.

Cosmetically the band remains virtually unchanged and they are still all about the bad attitudes and smouldering looks. Rob Holliday still commands attention front and centre, Steve Monti, looking suspiciously like David Bowie in Labyrinth these days, bashes seven shades out of his kit while Mud (Tim Muddiman] continues to provide the low end. The only notable change is the substitution of keyboard player Drone, now in V2A, in favour of a second guitarist, Andy Spillane, who Holliday introduces before the band tears into a fearsome ‘You Ruined Everything’.

The cataclysmic, and largely instrumental ‘Disintegration’, thunders around the venue, quickly followed by ‘Unknown’ and ‘Misery’, the latter complete with a cheeky spin on the lyrics for those paying attention. And despite the obvious pressure, Holliday is on top form and seems more amenable than ever, joking with the crowd, bumping fists and generally looking as though he might actually be enjoying himself.

Of course, in their lengthy absence, Sulpher have gotten around to actually writing a second album, due for release later this year, and the set is liberally littered with new tracks, the best being ‘You Threw It All Away’, which reminds us of Stabbing Westward at their absolute best, and ‘Take A Long Hard Look’, which builds on a jagged, ferocious riff that is absolutely relentless. 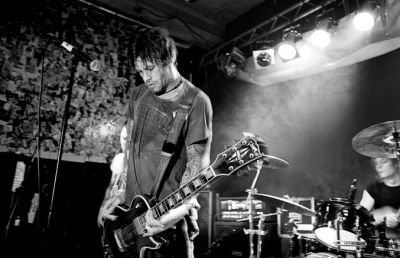 Receiving a considerable amount of punishment, it’s no surprise when the microphone conks out during the introduction to ‘Problem’, but it’s a momentary glitch that’s soon sorted and then we’re almost home and dry. Closing the set with ‘Scarred’, which sounds not unlike a yeti on steroids, it’s clear that the Turtle’s PA. is unable to cope with everything the band throw at it, but they cope admirably and the vibe within the place more than makes up for any technical shortcomings. And despite the absence of any encore along with a decision not to air some of their more interesting new material, we suspect that Sulpher may be keeping something up their sleeve for the future. For now though, those gathered here can rest safe in the knowledge that we’ve witnessed what will surely be regarded as one of the best gigs of the year. Welcome home, boys.