Some might feel this, the second album from Nottingham-based, Luxury Stranger, might more accurately be entitled, The Most Authentic Recreation of 80s Goth In The World Ever, so strongly does it invoke the spirit of those black-clad progenitors… 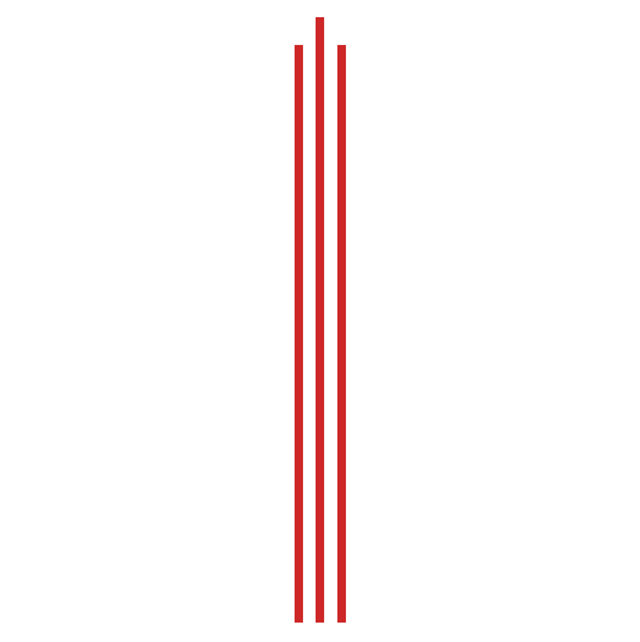 It’s uncanny how effectively the trio of Simon York (vocals, guitar), Chris Ruscoe (who has since been replaced by Chris Tuke) on bass and Paul Sycamore (who has since been replaced by Neal Spowage on drums) have resurrected the morbid vibe of Sisters Of Mercy, The Fields Of The Nephilim and The Mission. With a seasoning of Joy Division, Siouxsie and the Banshees and Killing Joke, you have an astonishing musical facsimile. A blueprint for aspiring trad-goths.

At times, the listener fully expects an irate father to burst into the bedroom, demand that racket is turned down and you wipe that muck off your face ‘cause you look like a girl. As the cliché has it, there is nothing new under the sun and, oh boy, do these chaps enthusiastically set about providing supporting empirical evidence…

Urgent, semi-quaver down-picked riffs? Check. Three-chord progressions moving in intervals of thirds? Check? Bass doubling the guitars root notes? Check. Ringing, single-note guitar lines? Check, check and thrice check. And while, to use another, cliché, a book shouldn’t be judged on its cover, it’s hard to ignore Simon York who looks even more like Robert Smith than Robert Smith does.

However, in the sometimes curiously conservative (absolutely with a small c, please!) and purist environment of goth world, tradition, authenticity and vibe are frequently prized values with innovation, originality and experimentation rewarded only with sneers and cries of sell-out.

The album has, though, two major strengths going for it; firstly, so committed and disciplined (sorry) is the band to and in delivery of their favoured template, such criticisms are irrelevant. This is not an act pretending to be anything other than what they so resolutely are. Objections, then, are actually pointless. Secondly, the voice of York is a very definite plus. And while we’re sorry to keep harping on, and Andrew Eldritch/Carl McCoy/Wayne Hussy similarities are definitely present, York’s is, nevertheless, a distinctive and impassioned one. Even the odd moments of uncertain pitch can almost be excused as a conscious exercise in polytonality.

But that’s enough of that; what about the songs?

Well, the first thing we would say is that track 1, ‘Korruption’, is a poor choice of opener being one of the album’s more pedestrian checks. A tendency toward monotony is exacerbated by the near three minute outro which is little more than the riff looped repeatedly to finish. Considering it doesn’t even fade out, it seems a curiously arbitrary decision to drag it out this long. At nearly eight minutes, there are easily three minutes of extraneous fat that could, and should be culled. However, things take a decidedly upward turn with ‘Making Becci Laugh’, ‘Elements’ and ‘Where You’ve Gone’. Energetic, upbeat and urgent with riffs that propel the tracks along with a degree of enjoyable fizz while, obviously, still retaining that all-important atmosphere of gloom and decay.

At track six, the pace slows with ‘If You Loved Me…’ Ambient, moody and compelling or dreary, monotousnos and sludge-like; you pays your money and you takes your choice. Say what you like, though, and, as you’ll have noticed, we did, we do like this and if you veer toward the dark side you’ll like it too.

We understand the band is appearing at this year’s Whitby Goth weekend and, on this evidence, we predict a riot. Plus ça change, plus c’est la même chose? Seems that way but who cares? Good stuff.