Single Review: Tenek – ‘Blinded By You’

‘Blinded By You‘ is the latest single from electronic duo, Tenek. Reading through their publicity we find phrases such as “insanely infectious song-writing” and their sound described as “gloriously electronic” and even “contagious”. These are bold claims considering they have been producing music for less than three years, and before you’ve even started listening, Tenek have set the bar extremely high. 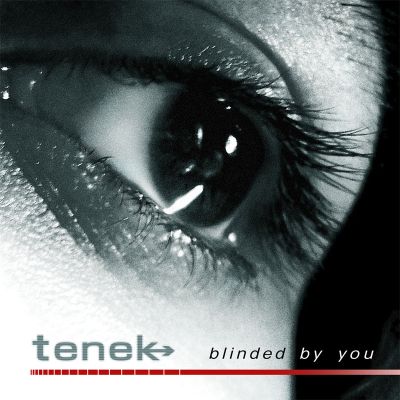 Crucially, they also use the term “unique”, in a genre of music where it is by no means easy to make music stand out this is encouraging for any would be listener. When you first listen to ‘Blinded By You‘ there is a worry that the sound could be extremely dated, it is very easy for fans of other genres to say that music of this style would be better suited in the 80s, but in this case, while there is clear influence from the decade, the music is actually quite refreshing. The use of synth sounds and electronic strings works very well and the production is excellent, especially the very subtle use of guitar bringing the track to a close. Unfortunately the vocals are a little predictable, and a little weak considering their prominence in the mix. It is hard to see the track as a single for home listening, fans of electro will devour it, and DJs will be eager to unleash it in clubs, but for a broader audience it will struggle to deliver.

Meanwhile, ‘Syncronise‘ delivers far more as a piece of music, hitting the target from the outset. This track honours many of their previous claims with a rhythm that takes everything forward and the sound offering a lot more variety. You will hear more of the guitar and a minimal approach to vocals which is far more effective. The hook is nice and catchy, and as any good song should, it will have the listener moving in some fashion. This really should have been the chosen single because of its diversity and driving nature – we consider ‘Blinded By You‘ to be the inferior alternative to this offering.

The final track is basically an extended version of the first, cut together slightly different and stretched out but offering identical characteristics. A lot of the vocal has been dropped, and generally at eight-minutes long we can only assume it is intended for club mixes.

As a single, ‘Blinded By You‘ will have fans of the band and the genre-jumpers rockin’ out, but to the masses we think it will be lost in the enormity of the existing electronic and club scene. The second track will appeal to all and any who like well produced sounds and strong rhythm. The biggest flaw here is the playing order.