At his best, Guillermo del Toro can be a wonderful innovator on the big screen, with films like ‘Pan’s Labyrinth’ and ‘The Devil’s Backbone’ working as excellent examples of del Toro at his most innovative, twisting traditional ideas in to tales that give you a new perspective on something that could have been far less exciting. Even at his most ordinary, films like ‘Pacific Rim’ still exude that sense of enthusiasm for the subject matter that is impossible not to admire. 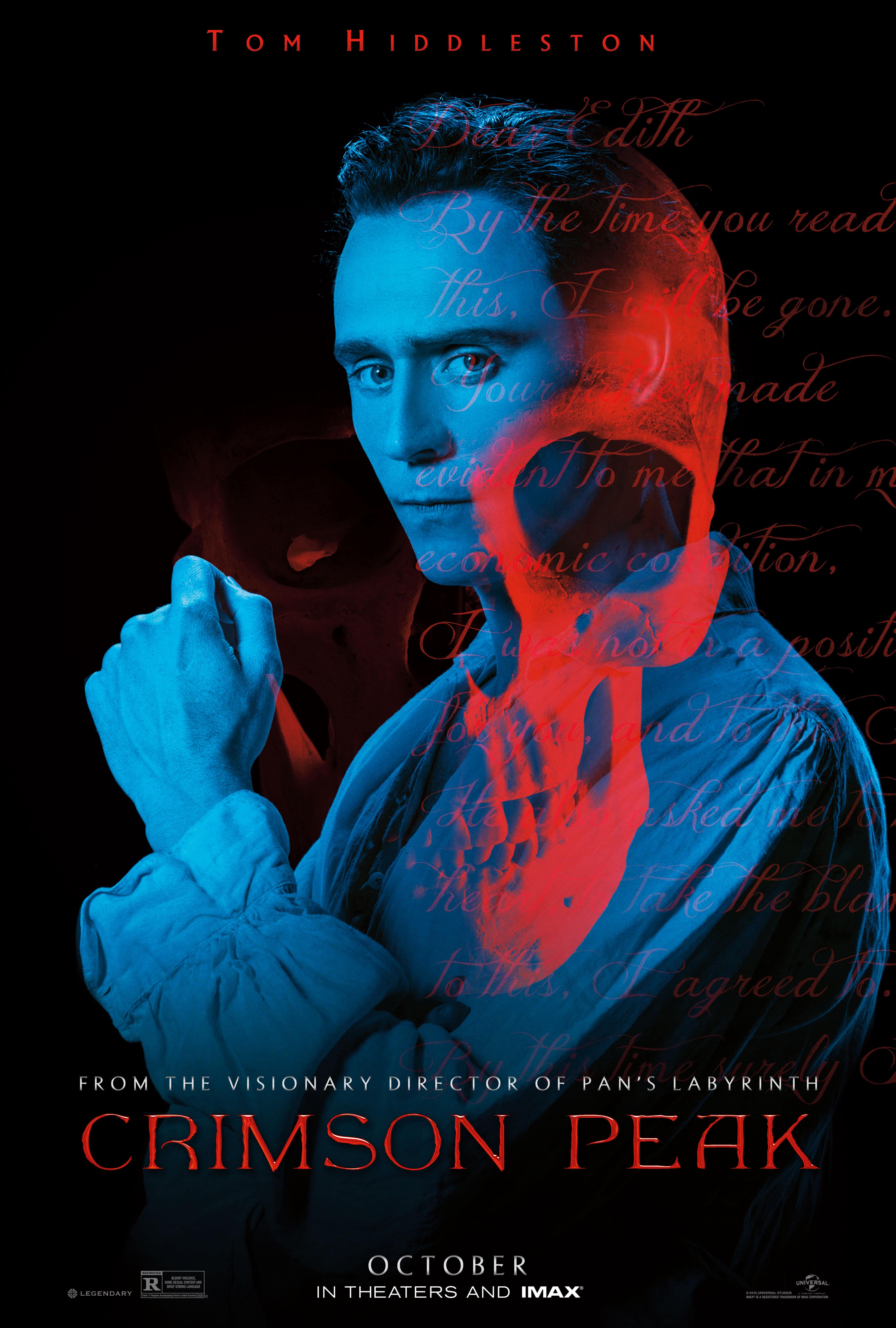 ‘Crimson Peak’ is another resounding success for del Toro, but in a different manner to usual. Sure, it has the visionary’s fingerprints all over it, but the film harks back to gothic romance at its heyday wonderfully with costumes that are immaculate and designed precisely and intricately and a plot that has its influences, Edgar Allan Poe being just one of them, but still has that del Toro flair.

Aside from the costumes, which are spectacular in their own right, del Toro’s eye for visuals is as sharp as ever. The set design and cinematography on the film are expertly interwoven, making the set, and particularly the wonderfully spooky Allerdale Hall, feel like another character, such is the ability of the camerawork to make it feel alive. It’s also bolstered by strong performances from a great cast.

Mia Wasikowska looks perfectly at home as Edith Cushing, the daughter of a wealthy businessman for whom the whole tale starts when her dead mother returns as a ghost and warns her to “beware of crimson peak.” Her performance is wonderfully supported by Tom Hiddleston, who is at his charming enigmatic best as mysterious Baronet Sir Thomas Sharpe. There are also strong turns from Jessica Chastain as Sir Thomas’ sister Lady Lucille, whose performance is suitably disturbing and gives more life to Allerdale Hall, and Jim Beaver as Edith’s father Carter.

Visually arresting and not afraid to sit happily in between genres, ‘Crimson Peak’ is a wonderful ride in to the macabre. del Toro’s ability to build atmosphere so brilliantly means that a tale that could easily have been a far less interesting film is enlivened by beautiful imagery and unforgettable scenes that are shot so as to maintain the chilling air around the whole film. Part mystery, part horror, and all a wonderful example of the best way to make a gothic romance, ‘Crimson Peak’ is a gorgeous thrill ride that is a joy to be a part of.