In the pantheon of film ideas, a film about Apple icon Steve Jobs looks quite tired. Quite aside from the fact that we already had one attempt at a biopic with the 2012 feature ‘Jobs’, starring Ashton Kutcher in the main role. That film tanked critically, being chided as an example of superficiality and a film that fails to get under the skin of who Jobs really was. It did, however, do fairly well in box office terms and it would be easy to think that people would be happy enough with the plethora of documentaries and allow any fictional tales to slip in to the ether without any further efforts. Then along came Aaron Sorkin. 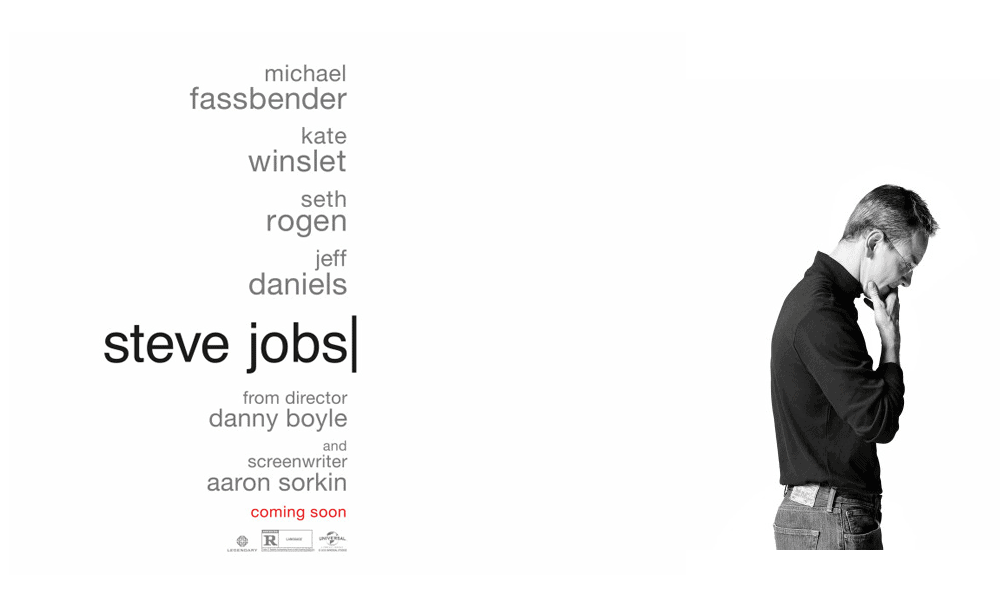 Sorkin is the master of the pacy, linguistic rollercoaster ride as showcased by his work as writer on both ‘The Social Network’ and the hit series ‘The West Wing’, and he brings that energy to his work here. Paired with Danny Boyle this time rather than David Fincher as he was on the aforementioned film, it’s easy to see that his work benefits from a strong director, somewhat who can fashion that tsunami of words in to something that grips you rather than something that just makes you want to bang your head against a wall, a line that Sorkin likes to dance on.

This film, however, hits the jackpot. Undoubtedly bolstered by brilliant performances from a fantastic cast, it flies along at blistering pace and takes a different approach to the standard biopic, opting instead for a structure that follows Jobs as he launches three of his projects, jumping in time between  each one and filling us in on the aftermath with extensive amounts of fast-paced conversation.

It’s easy to boil ‘Steve Jobs’ down to being a film where people talk quickly whilst walking from room to room in various conference halls, and that would be entirely right, but it’s the riveting drama that comes from those words that makes it great, Sorkin’s style, which has often been mocked for its insistence on the ‘walk and talk’ (I would heartily recommend ‘The Armstrong & Miller show for some excellent parody), working wonderfully in this theatre-esque format.

As said before, the performances are also pivotal to this success. Michael Fassbender’s central performance is stunning and cements him as one of the best actors in the business at the moment, and his co-star Kate Winslet is equally fantastic in her role as Joanna Hoffman, Jobs’ marketing executive and someone who tries her best to act as a moral compass for a man who can be incredibly callous and inconsiderate. Seth Rogen, in a rare non-comedic performance, is also fantastic as Steve Wozniak, and scenes where these three in particular bounce off each other are wonderfully rewarding. Honourable mentions must also go to Katherine Waterston, Jeff Daniels and Michael Stuhlbarg for bolstering the film with memorable supporting performances.

‘Steve Jobs’ is a gripping and powerful tale about a deeply flawed man who drove a company towards his vision with intelligence and unwavering self-confidence, and not always with success. It’s also regularly funny, its wit shining through throughout the film making it an example of Sorkin at his best. There are reports that the film is struggling financially, and while that is understandable because people may not want to have another go at watching a Steve Jobs biopic, this take on the tale is definitely very worthwhile and one of the films of the year.