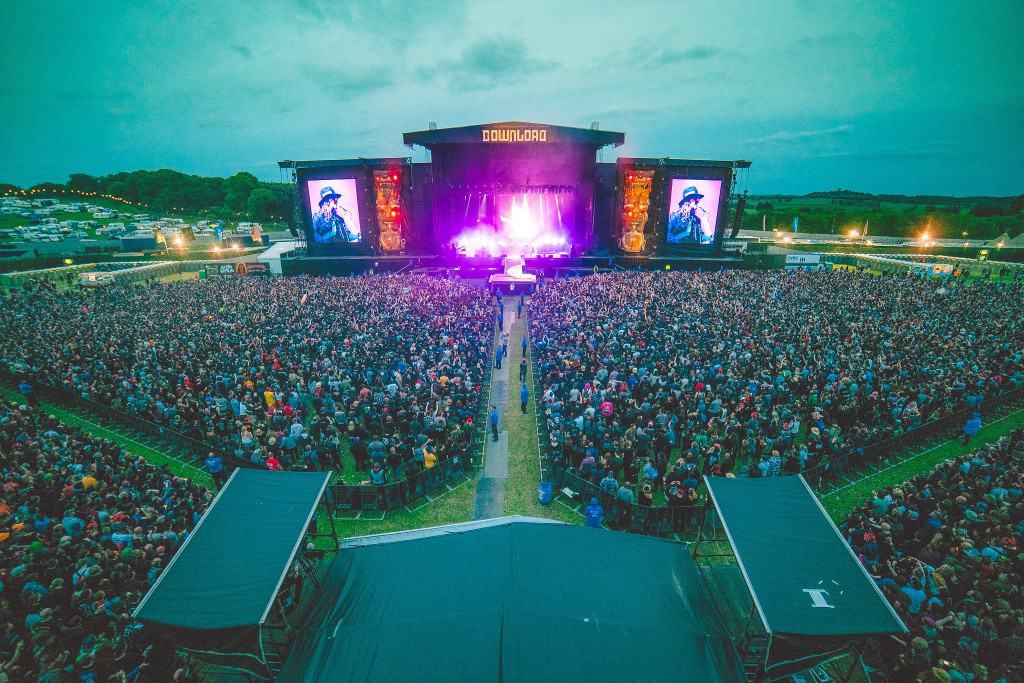 As the crowds piled in to Donnington Park for Download Festival 2017 mixed forecast predictions and memories of previous festivals plagued the minds of many a festival goer, apprehensive of the thought that this may be another “Drownload”. After the muddy floods of last year people where starting to expect the worse; how wrong we were! Boasting one of the strongest line ups of recent years, all we needed was a little sun. Download Festival 2017, let’s do this!

Opening up this year’s main stage we have Australian Metalcore quintet, Northlane.  As an industrial soundscape introduction begins the video screens start pulsing and the guys kick straight in to the brilliant ‘Paragon’. The familiar, bass driven djent tones and vocalist Marcus Bridge’s scream stretch out across the hallowed Donnington grounds, the perfect start to Download Festival 2017. New single, ‘Citizen’ sees the first pits of the festival open up and from there, there is no stopping them. Final song, ‘Obelisk’, gets the crowd jumping in unison, closing up a brilliant set. 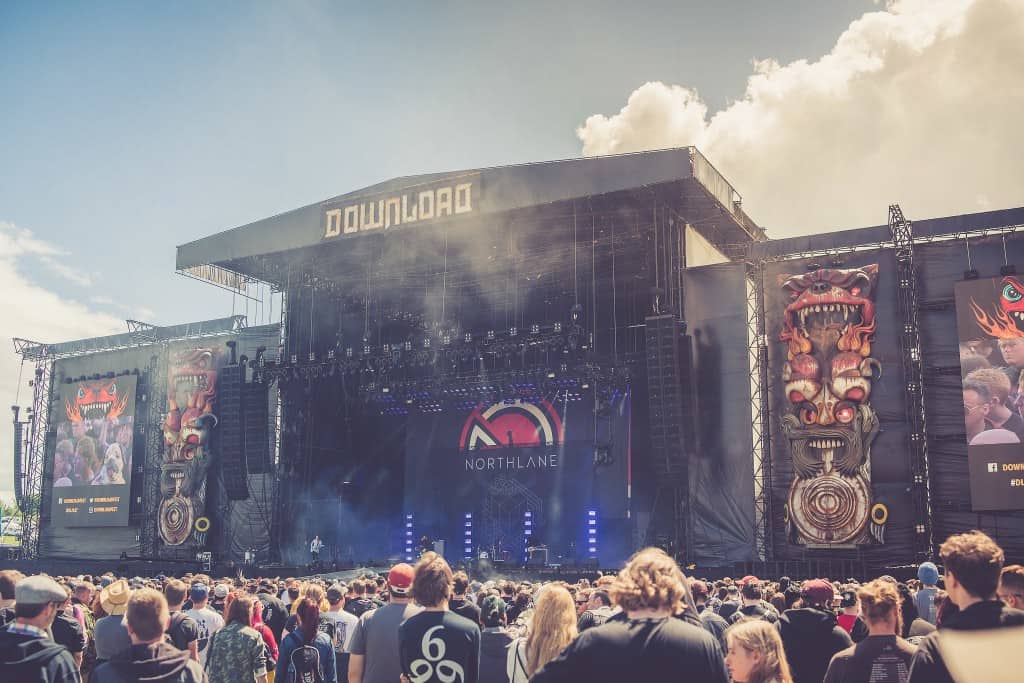 Walking around the festival site this afternoon, one of the things that struck me is just how many people you see in Mastodon t-shirts, so it’s no surprise that when their set rolls around, the crowd is huge. These guys are quite clearly the band of the moment, with everyone you speak to rating them as a must see band for the day. From the opening of the first track, ‘Sultan’s Curse’, circle pits erupt everywhere. The energy levels of the crowd rise again when U.S proggers break into ‘The Wolf is Loose’. The faster, up-tempo beat sees even more pits arise. The opening Slayer-esque notes of ‘Black Tongue’ send the crowd into a frenzy and when bassist Troy Sanders sings the opening lines of “I burned out my eyes” it is barely audible above the velocity of the audience. Even though Mastodon have already been around for fifteen years, it still feels like they are growing and evolving, as is there cult following and I can only imaging these guys getting bigger and bigger and hitting legendary status.

Over in the Dogtooth tent we have upcoming British rockers/punks/goths/generally quirky lovely gentlemen, God Damn. These guys are set to be huge. Having already toured with an impressive array of artist they have now been handpicked by the legend Dave Grohl to support the Foo Fighters at Hungary’s Budapest Arena; how fucking awesome is that! This afternoon they show Download Festival why! God Damn don’t fuck around and break into a no nonsense start of organised noise. Just two tracks in and frontman Thom, complete with Jeremy Corbyn t-shirt, is already on the barriers screaming at the large crowd that has gathered. Between songs, Thom and Jamie switch instruments constantly, from guitars to synths to vocals. Running through a set of quirky and suitably crazy songs, God Damn showcases themselves excellently. Keep an eye out for these guys.

By complete contrast, over on the Zippo Encore Stage, sludgy, bluesy quartet, Baroness are offering Download a taste of the old school. Heavy soulful riffs, brilliant solos, and hard rocking vocal harmonies are key here and Baroness are the masters. After some of the hectic activities and acts the festival has seen so far, Baroness are the perfect band for a hazy Friday evening.

Back over to the main stage for something special. There’s is a sense of excitement in the air and an underlying feeling throughout the audience that we are about to witness something incredible. And my god, was it incredible! So, what happens when you take members of Rage Against The Machine/Audioslave, Public Enemy and Cyprus Hill? You get the jaw dropping rap/metal group Prophets of Rage. When it comes to super groups it doesn’t get much bigger than that. Today is the perfect day for their heavily political classics as today is results day for the British general election. Bringing their blend of left wing Rage Against the Machine and Public Enemy classics such as “Take The Power Back” and “Fight the Power” we are left feeling empowered with the songs feeling incredibly raw and fresh in a time of such political upheaval. Lifting his guitar, Morello reveals a cheeky “Fuck Trump” sticker on the reverse which gains a massive cheer as thousands of fists are raised into the air. As DJ Lord, Chuck D and B-Real exit the stage, Tom Morello, Tim Commerford and Brad Wilk remain. Morello brings out his classic ‘Soul Power’ guitar and takes to the mic. “If you know the words sing along, if you don’t then say a prayer for peace”. Paying respect to “fallen comrade” Chris Cornell, the remaining members of Audioslave play ‘Like a Stone’ whilst a lone microphone stands in the centre of the stage. It’s a heart touching moment that brings a tear to the eye and it’s quite clear how hard it is for the band to be playing this. A perfect tribute to an incredible man. This is a special show tonight as it is actually the first time Prophets of Rage have played in the U.K, in fact it’s their first time in Europe so it’s brilliant to hear  new Single ‘Unfuck the World’ which stands its own amongst a set of timeless tracks. The atmosphere is electric throughout the set and you can instantly tell this will be a highlight of the weekend. 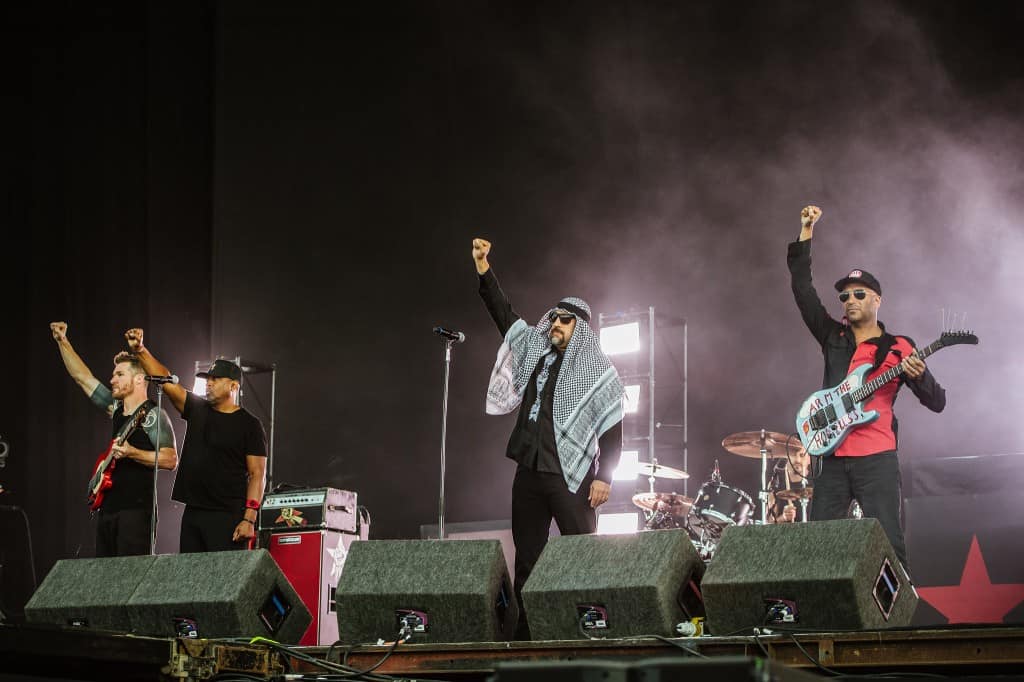 Friday night headliners seem a little deflated tonight as vocalist Serj Tankian is clearly struggling to hit some of the notes seemingly due to illness. Maybe that is why tonight set is straught with songs that feature guitarist Daron Malakian’s unique vocals. Either way the huge sea of bodies hear to watch the timeless (seriously – do these guys even age!?!) nu-metal anthems live couldn’t give less of a shit when the frantic opening of ‘Prison Song’ hits and the crowd responds in a fashion only Download is capable of. Pits open up everywhere and the audience go crazy. System play classic after classic through a huge set with songs like ‘Aerials’, ‘Hypnotize’ ‘Chop Suey’ and ‘Bounce’ sounding incredible. Although the guys aren’t the most active on stage they let their songs, which have become anthems of a generation, do the talking. Carrying on from where PoR left with the political empowerment, the songs seem to have even more resonance today and you can’t help but get involved and move. “Lonely Day” sees Daron standing under a spotlight opening up for one of the only slower parts of the set before building to a huge crescendo before the vivacious ‘B.Y.O.B’ sends the crowd mad.

Choosing not to play an encore, System of a Down instead goes out all guns blazing with ‘Toxicity’ and of course, ‘Sugar’.

Time to have a beer and do it all again tomorrow. 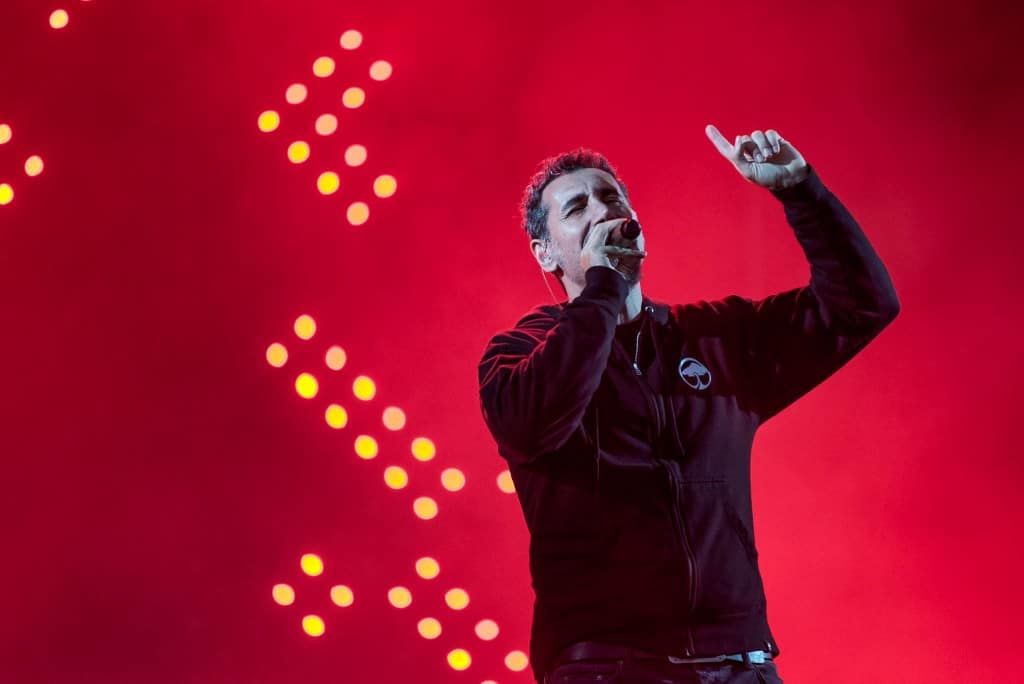 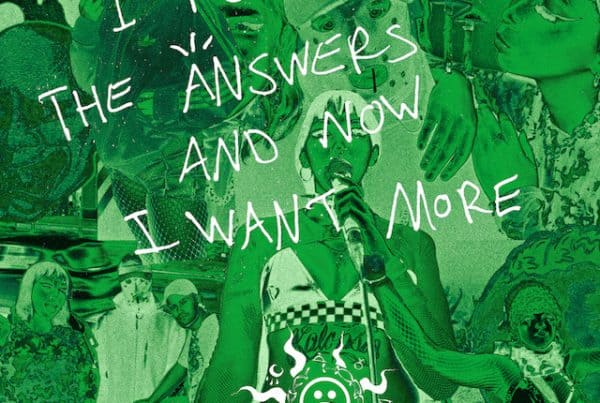 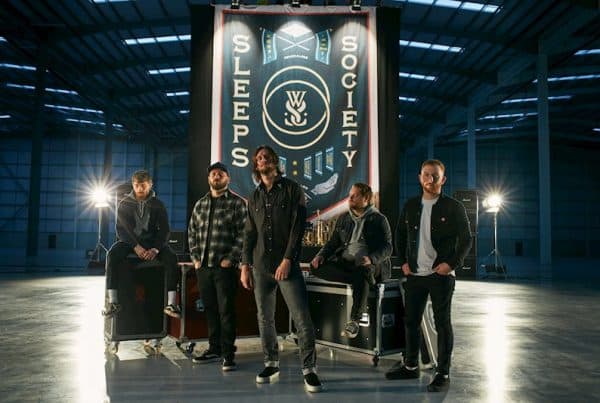 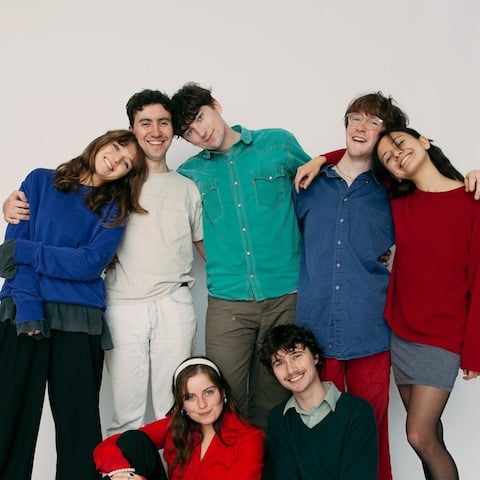