After a hugely successful inaugural year in 2010, Constellations Festival made its return on November 12, bringing another varied and interesting lineup of bands to Leeds University Union. 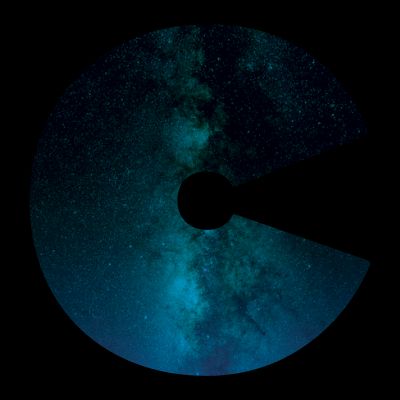 Kicking off proceedings in the Riley Smith Hall are Leeds locals Hookworms – we only managed to catch the end of their set, but their combination of a relentless rhythm section and swathes of guitar-based noise had us intrigued to hear more. Heading further into the depths of the building, we arrive at the intimate Mine venue in order to see Liverpool-based group Outfit. Perhaps it’s a little early in the day for their pop-noir to really sink in, but it takes a while for us to warm to them. There’s a flash of instrumental brilliance here, or a well-delivered pair of harmonies there, but it doesn’t always come together as a truly satisfying whole – though they arguably make the best go of it on ‘Every Night I Dress Up As You’, a woozy tale of cross-dressing to spook an old lover. Also of note is ‘Two Islands’, which feels like it takes a few cues from festival headliners Wild Beasts (and does so pretty successfully).

After that, it’s back over to the Riley Smith Hall to catch Big Deal. You only need to take one look at Alice Costelloe and KC Underwood to figure out that they’re a huge target for the usual tawdry “are they/aren’t they” gossip that plagues just about every boy-girl duo in existence. Granted, they aren’t doing themselves any favours, considering every single song they’ve written seems to be about lost love, sexual tension, heartbreak, or some other related theme. It’s possible that the ambiguity of the pair’s relationship adds another dimension to their songs, but even if you just take them at face value there are some heartfelt, affecting lyrics on offer here. However, the musical backdrop of guitars and more guitars can get a little samey after a while, meaning that you really need to focus on the vocals to get the most out of this band.

Back over in Mine, an extra 15 minutes of surly faffing around during the changeover mean that we don’t exactly get the best first impression of Exitmusic. However, once they start their set, we must begrudgingly admit that we enjoy their swooning, cinematic soundscapes – the only nagging gripe is that vocalist Aleksa Palladino sounds like she has been vigourously shaken every time she holds a note. Admittedly, this vocal tic does seem less pronounced on record, so perhaps she is just having a rough day – nevertheless, it continues to bug us and means that we don’t enjoy their performance as much as we might have.

Next on our to-watch list are Islet, a band whose energetic insanity may give you the impression that they’re making it all up as they go along. But that’s what makes them so compelling to watch – their percussive, chaotic sound means you’re never sure where they’ll go next. They’re worth watching for the frenzied spectacle alone – unfortunately, the late start to their set means we miss most of Stalking Horse. I arrive in Pulse just in time to catch their last two songs, and the Leeds-based art-rockers are as good as you’d expect a band featuring ex-members of This Et Al, Grammatics and Duels to be – tight, dynamic and packed with flair, a full set by these guys would surely be a treat.

Undoubtedly one of the day’s biggest draws, Stephen Malkmus & The Jicks are oddly sandwiched in the middle of the main stage bill in Stylus. Nevertheless, the room is packed out to witness one of the godfathers of slacker-rock demonstrate how it’s done. Kicking off with mildly controversial new single ‘Senator’ (the controversy in question being the lyric, “I know what the senator wants/what the senator wants is a blowjob”), he rolls through a selection of tracks from his five solo albums, from ‘Jenny And The Ess-Dog’ (from 2001’s ‘Stephen Malkmus’) all the way through to ‘Stick Figures In Love’ (from this year’s new record, ‘Mirror Traffic’). Malkmus dedicates that latter song to “all the skinny people out there” – oh Stephen, you’re too kind.

Once we’ve had our fill, it’s back to Mine again to catch Braids, whose extended soundcheck is instantly forgiven when vocalist Raphaelle Standell-Preston asks us to “jump up and down” in the sweetest way possible just before the start of their set. Braids don’t really make music to jump up and down to though – it’s dreamy, ambient pop that’s thoroughly gorgeous throughout. The restless, shimmering keyboards and sparkling guitars of ‘Lemonade’ are a highlight, as is the tasteful percussion and gentle wash of synths on ‘Plath Heart’ – but Raphaelle is the real star of the show here, her effortlessly beautiful voice lending her all the stage presence she might ever need. An absolutely stunning performance overall, and quite possibly the best thing I’ll see all day.

Happily, the off-kilter scheduling works in our favour for once, allowing me to see about half-an-hour of Vessels’ set. The Leeds post-rock titans are on fine form, with ‘Art/Choke’ whipping up a vicious storm before ‘All Our Ends’ provides a sublime finale. Back in Stylus, Yuck have just taken to the stage. The young four-piece have often cited Pavement as a big influence, but if they’re fazed by having to play after Stephen Malkmus then they do a good job of hiding it. It’s business as usual then, meaning slightly awkward banter and some cracking tunes. ‘Georgia’, ‘Holing Out’ and ‘The Wall’ all blaze by in a glorious, fuzzy haze, and the spell is only broken by final track ‘Rubber’, which unfortunately ends the set in a tedious, directionless mess. A shame really, as up until that point Yuck had seemed almost untouchable.

Deservedly taking top billing tonight, Wild Beasts make a triumphant return to their adopted hometown with a set that draws heavily from both 2009’s ‘Two Dancers’ and their latest release ‘Smother’. Ably assisted by Katie Harkin (of Leeds trio Sky Larkin), the band deliver a pretty much flawless set of their luscious, textured indie-rock. Hayden Thorpe’s flighty falsetto and Tom Fleming’s arresting baritone provide a rich vocal contrast, while the music itself is never anything less than impeccably crafted – from the shimmering guitars of ‘We Still Got The Taste Dancing On Our Tongues’ and ‘Reach A Bit Further’ to the less-is-more aesthetics of ‘Albatross’ and ‘Lion’s Share’. The atmosphere in Stylus is celebratory rather than reverential, and oddly bordering on laddish at times – ‘Hooting And Howling’ and ‘All The Kings Men’ in particular feature some ebullient but off-key sing-alongs from parts of the crowd; the band appreciate the effort regardless. They leave us with the aptly titled ‘End Come Too Soon’, Hayden providing us with one final, beautiful vocal turn before the group close out the festival with a gorgeous crescendo of noise – cementing the fact that it’s been another great year for Constellations Festival.