Echo And The Bunnymen is a wonderful band – it’s as pure and as simple as that. Ian McCulloch and Will Sergeant have worked hard for the best part of three decades to create their own deeply affecting brand of shoegaze-ridden alternative rock that has inspired everyone from Coldplay to Interpol and U2. The best of their emotive material is on-show tonight, and the crowd (ranging from 20-to-60-years-old), create a great atmosphere for the band to thrive in as they interact freely with one of the UK’s greatest alternative music exports. 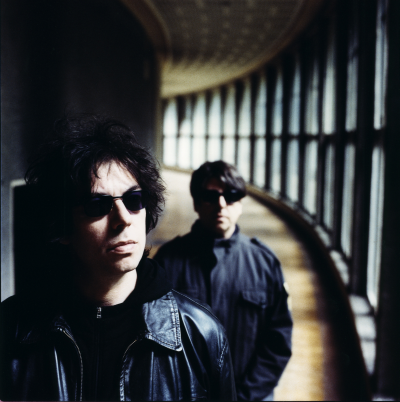 There are three parts to tonight, and in the first it takes a while for the crowd to get going (largely because the Grand Opera House is a seated space…), but with defining tracks ranging from opener ‘Rust’ to the delightfully chilled ‘Bring On The Dancing Horses’, the capacity crowd’s appetite is suitably whet by the time the first part is over. After a 20 minute break in which the audience take in some conventional theatre treats (ice-cream can only help to counter the intense heat that emanates from the room tonight), the seductive and danceable ‘Silver’ signals the return of Liverpool’s post-punk legends and the band (which includes an incredibly talented six-piece orchestra) blasts through now iconic hits including ‘The Killing Moon’ and the almost hypnotic ‘Nocturnal Me’.

Accompanying each of the songs in this second half are haunting visuals including a snowfall and as you might expect, rain; these add to the smoke-filled atmos and in-turn serve to add weight to the long-standing perception that Ian McCulloch and his band should be some of the most celebrated artists in the history of UK rock music – this is powerful, decadent stuff. Our defining track here is arguably the band’s most defining – ‘Ocean Rain’ strikes hard and the dedicated fans (who have been standing for most of this half chanting shouting and waving arms wildely) begin to clap along with their outspoken hero Mac. The great response is more than enough inspiration for the group to come back out after this closer to perform even more accessible tunes including ‘Lips Like Sugar’ and ‘Nothing Lasts Forever’ to the delight of those looking on. Yes, it’s bloody hot, but we feel like we’ve witnessed something really flippin’ great.

For more information visit the official Echo And The Bunnymen website.