I’ve started measuring life events in Nick Cave albums. A particular tour reminds me of a personal milestone, a song takes me right back to a moment in time. And, looking around the Manchester Arena, I’m not the only one.

Cave gigs have all the bases covered these days — births, marriages and deaths. So the babygrows are doing a brisk trade at the merch stall, a couple build the pre-gig ambiance by walzing down the front stalls and every parent in the room shudders to consider the personal-tragedy context that puts new album Skeleton Tree at the set-list core of this current European jaunt.

The opening triumvirate is, in fact, taken from the album but it’s not until Magneto that the show comes really alive, the singer prowling the stage while hands from the pit grasp at his shirt tails in frenzied adulation. It’s a shot across the bows. The songs may be brittle and born out of grieving for his son, Arthur, (who died in a tragic accident in 2015), but there’s still fire and brimstone in his belly yet.

Cave has described his passion for playing live in interviews, citing the connection he makes by singling out one person at the front to be his muse for each song. Tonight he’s back prowling the front row, hunched over amid all the sweat and eye contact, to find a girl during Higgs Bosom Blues. When he tells her, “You’re the best girl I never had,” we believe every word.

By the time we reach the hypnotic groove of Tupelo, taken from 1985’s The Firstborn is Dead, the crowd has utterly surrendered to his stick-insect-pimp stage presence. Some in the crowd must confront the bathroom mirror in the morning and ponder how a man in his fifties, a father, husband and sometime polymath, still commands the hand-grasping adulation of an arena crowd while simultaneously cutting a dash in a louche, sharp suit.

Cave is beyond questioning. He plucks almost subconsciously a young boy from the audience, aged maybe 10-12 years old, and grasps his fist-pumping arm aloft while singing, “Go to sleep little children. The sandman’s on his way.”

But it’s not all messiah complex tonight. There are moments of humour and self-deprecation, his purple socks becoming an unlikely star of the encore and a reboot of the lyrics to Red Right Hand, far more incendiary live than its album counterpart, updated to take account of a new brooding bogeyman and “his angry little tweets.” Insert your own global despot here, folks.

Most of all, however, there’s tenderness and humility, the frontman offering up hope amid the thundering power of the Bad Seeds backing and the electrical energy of Warren Ellis’ multi-instrumental waves of reverb. Into Your Arms, pivotal mid set as a spotlighted, piano-solo torch song, feels less funereal than before and Distant Sky speaks of light on the horizon as a distant dawn breaks. Even a nod to what Cave describes as “the privilege” of playing post-atrocity Manchester offers a snapshot of a man looking forward, not lost in the darkness of the past.

The crowd will leave tonight happy to continue measuring out their milestones in Cave albums. There are doubtless more births, marriages and deaths to come but there’s also a sense of community.

There’s still hope and defiance in the face of all the pointless loss. 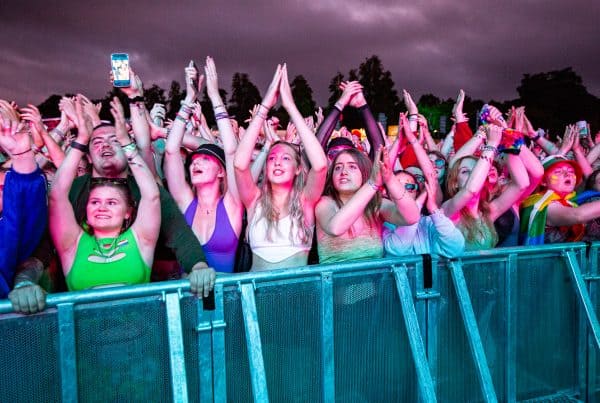 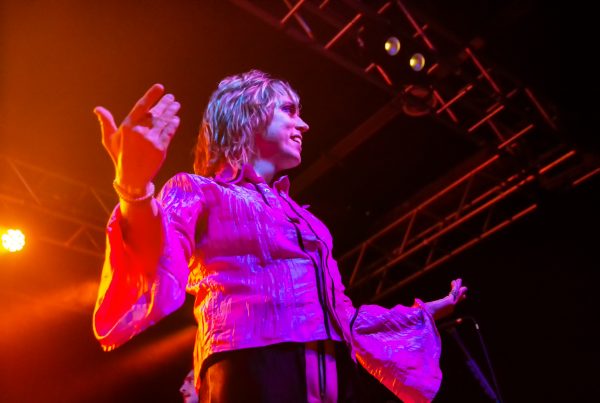 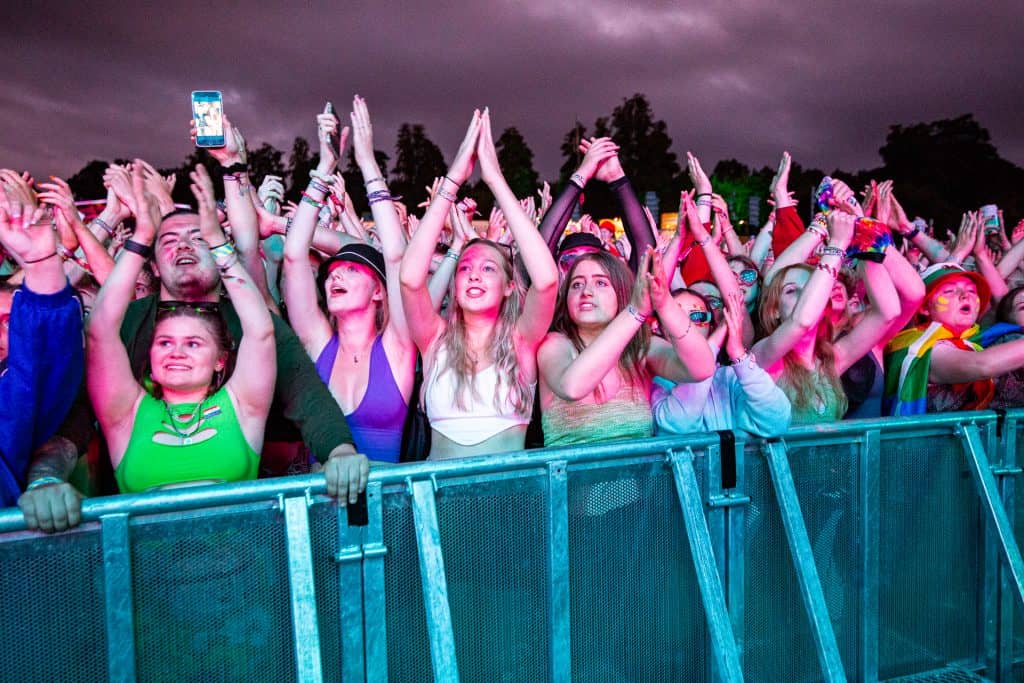 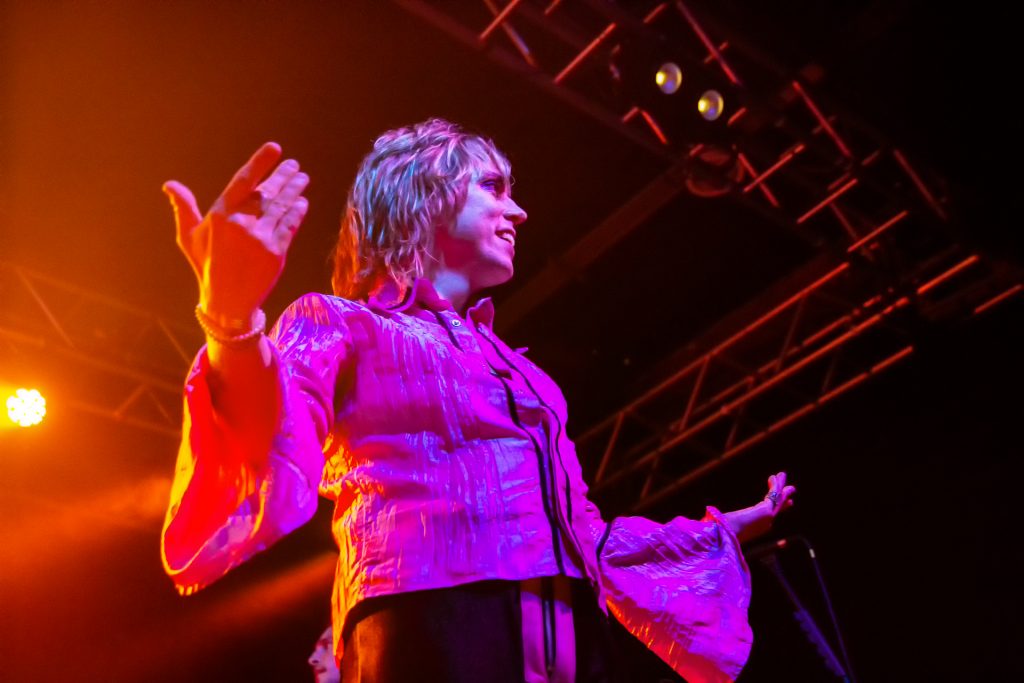 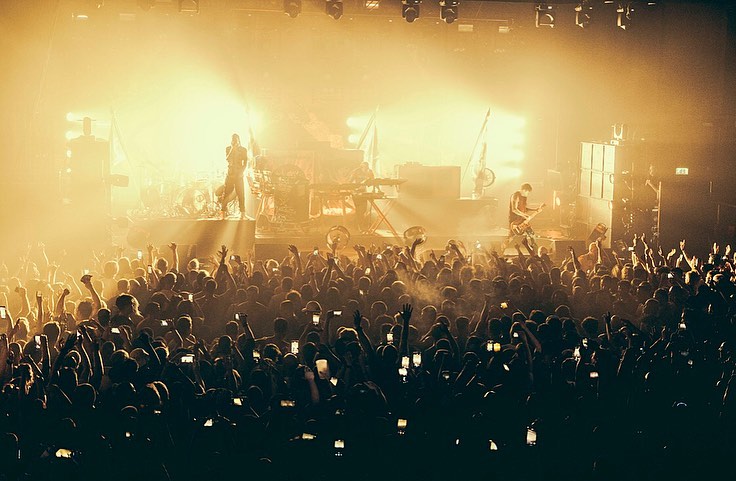