This scribe first witnessed Patrick Wolf play live in an intimate Cardiff gig circa ‘Wind In The Wires’. He played a completely acoustic set to a candle-lit crowd. I was converted. 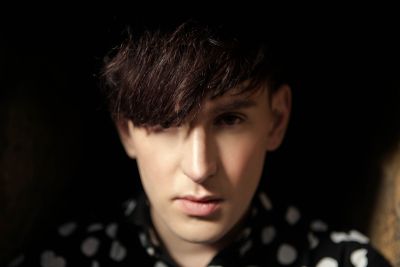 Six years and three albums later; in a very different venue, Patrick Wolf has come of age. Gone is his recent penchant for Caligulan decadence and “over baked eccentricity” what is left is a true maverick of his generation. Often, people are all to quick to judge Mr Wolf. They perceive the eccentricity and a love of visual experimentation as superficial. They cast him aside whilst totally missing the point. First and foremost, the guy has talent. He plays an assortment of different instruments and; in my eyes, is a great songwriter.

It was for this reason that tonight’s stripped down affair showcased his talent to even his biggest sceptics. The lack of camp theatrics in the show allowed the music alone to shine. The anticipation in the crowd was built to crescendo by the almost folkloric projection of Wolf’s fans.

He opened the set off-stage with his tenor voice booming from the wings, amplifying heart rates and hunger to a level of uncertain implosion. This excitement remained throughout. His set lasted seventeen songs and was a guilefully planned mix. The balance of his soft ballads delivered in his unmistakeable wide ranging tenor voice through to his electronic, faster tempo beats such as new single ‘The City’ (his set closer) weaved artfully to form a well constructed whole. ‘The Magic Position’ was unrecognisable to begin with. The slowed down tempo of the beginning had the audience fooled only to inspire utter elation when people began to recognise it. Throughout, multi-instrumentalist Wolf was accompanied by his mix of classical musicians and instruments all weaving their magic around his effects-man. The complexity of deliverance was made to look all too easy and Wolf’s sister on backing vocals added to its intimacy.

The show could lighten any sceptic. All those fans worried by Wolf’s recent upbeat saccharine were reminded of all he was capable of. Songs like ‘The Libertine’ and ‘To the Lighthouse’ complemented our morsels of ‘Lupercalia’ beautifully, and sought to remind us not only of what he is capable of, but also of what is to come.