Now, usually SPHERE concentrates on the Alternative, Goth and Industrial scene in the North of England, but when we heard the infamous Rachel Stamp were coming together for their first gig since 2004 in London, we could not pass up the opportunity to see what David Ryder-Prangley and Co. had in store for us at their one-off show to mark the release of their greatest hits album: ‘Now I’m Nailed To Your Bedroom Wall I’ve Only Got Myself To Blame…’ 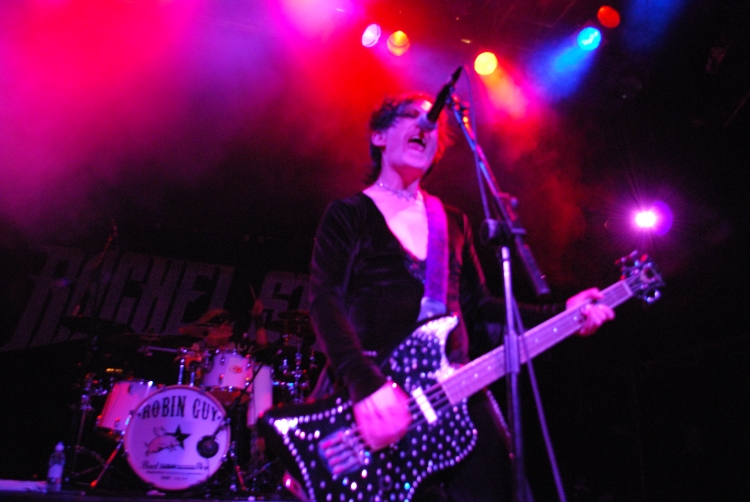 Due to refurbishments being made on the London Underground, we arrive a little later than expected and enter halfway through first support act Billy Boy On Poison causing havoc on stage. These boys are pure old-fashioned rock and roll for the 21st century, and according to Stamp vocalist Prangley, that’s what this show is all about.

Next up is My Passion and their electro-metal-pop-punk – they’re not easy to define. They are a young band with all the energy and ego to go with it. This is SPHERE’s second live encounter with this band (previously reviewed as support for Innerpartysystem in February) and they still manage surprise us with their dirty synths, exciting riffs and sharp dress sense. The audience already know the lyrics so their hard work touring is obviously paying off. We will definitely be keeping an eye on this cheeky lot.

After a good wait, the stage darkens and Disney’s ‘When You Wish Upon A Star’ floats across the soundsystem and the headliners enter the stage to screams and cheers from the crowd. You can tell this is one show that’s well overdue.

After a minute of darkness, the lights go up revealing Rachel Stamp, looking as good as ever as they break straight into ‘Madonna… Cher…’ and the audience starts jumping like they’ve been restrained for years. It’s not long before hits like ‘Monsters of the New Wave’ and ‘Brand New Toy’ are being churned out with a new and intense energy. Even songs like ‘Black Tambourine’ and ‘Permanent Damage’ that on CD are sexy and seductive, are given a new lease of life and extra muscle with strong instrumentation behind Prangley’s gorgeously effeminate voice. and the four of them are obviously comfortable and enjoying being back on stage together in front of their fans. 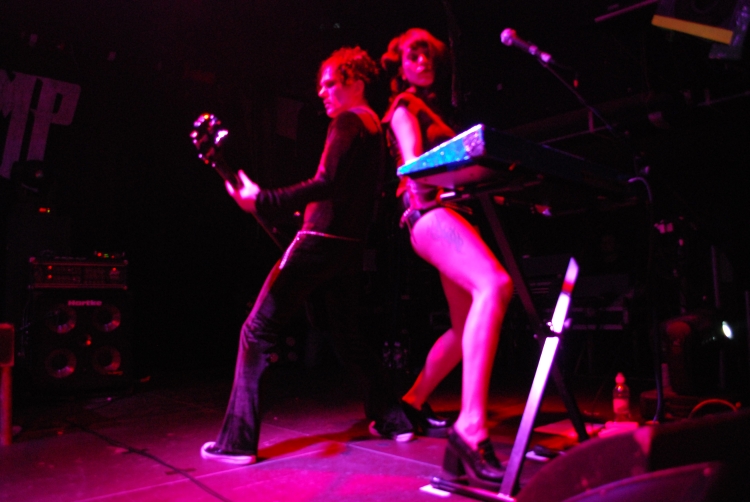 David’s sense of humour certainly comes through, offering the audience some apples and relaying (possibly) fictional anecdotes about his cloned self. In return, well-prepared fans shower the stage with long stem roses during old favourite ‘My Sweet Rose’ and the whole crowd sings along to one of the Stamp’s earliest tracks ‘Hey Hey Michael You’re Really Fantastic’. The atmosphere is so charged with excitement that even the striking Shaheena breaks out a rare smile.

Tonight, the glitter, garish hair colours and war-paint that has come to be synonymous with Rachel Stamp is lacking, but tonight, they honestly don’t need it. Their vivacity definitely increases as they power through each song and each member oozes a genuine appeal. From Prangley’s diamanté-encrusted bass guitar to Dax’s luscious legs and PVC hotpants, it’s all good.

As a finale to this early curfew show they treat us to a ‘Hasten Down The Wind’ double encore, including their biggest hit ‘Black Cherry’: a song that shows that when he wants to, Prangley can really let rip with a masculine growl. It is blatant that this show wasn’t just a reunion for the band, it was a family reunion between the Stamp and their fans. As the crowd softly sings along with ‘Stealing Clothes From Shelley Barrett’ and the lullaby  which turns into the sweet and innocent intro of ‘Didn’t I Break My Heart Over You’ but the audience isn’t fooled and is completely ready for the band to completely tear the stage up with the kind of hard-hitting riff that only Will Crewdson can produce. The microphone stand is destroyed and of course it just isn’t a Rachel Stamp gig without Prangley injuring himself in one way or another. 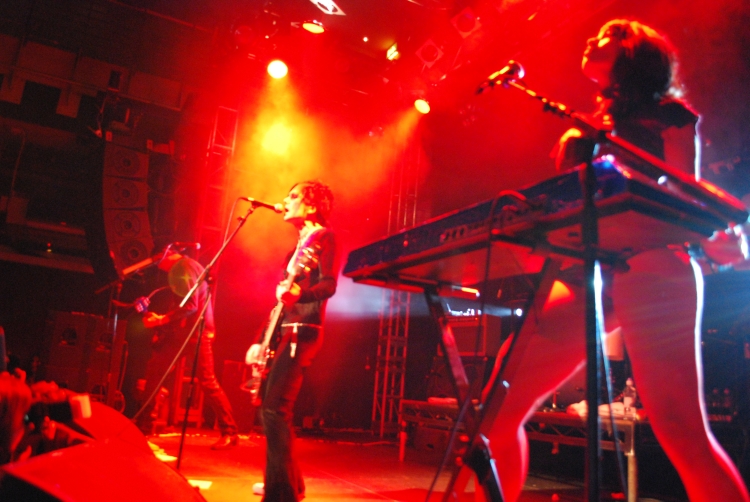 If anything is to be taken away from tonight, it’s that these guys really know how to put on a live show – a glittering example of ‘rock and roll’ just how it should be; it is just unfortunate that they seem to remain one of British rock’s best kept secrets.

We caught up with Robin Guy (drums) during the after-show party at Camden’s Electric Ballroom to ask about the future of Rachel Stamp – Is this it or are you going to give us more? The response: ‘I think we’re going to have to.’

We certainly hope so.

Watch the video for ‘Monsters Of The New Wave’ below: