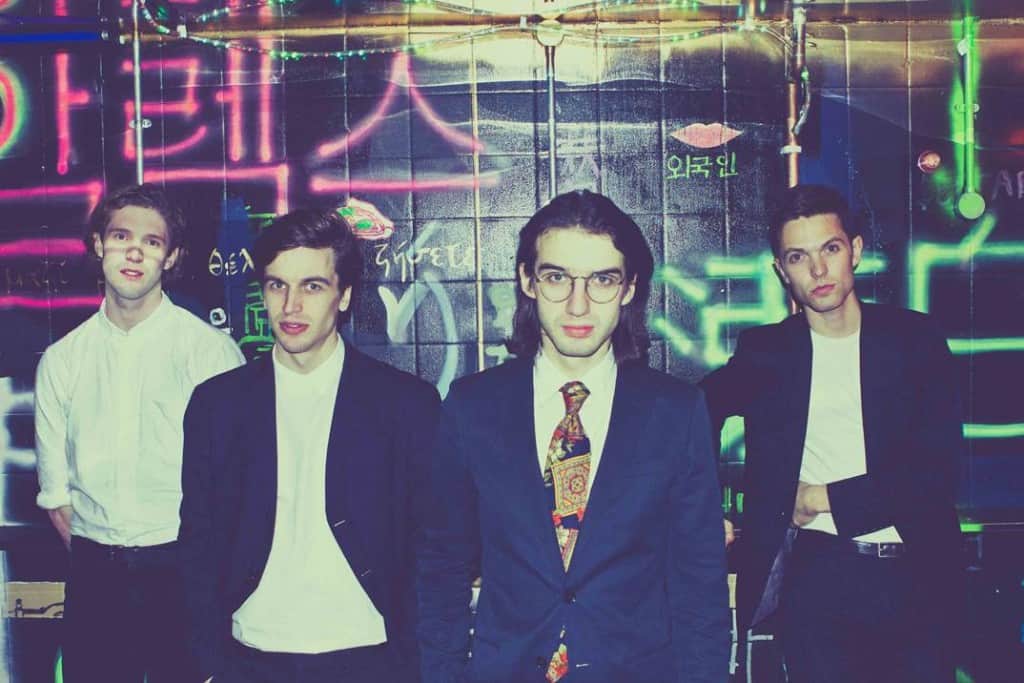 Having released their 2nd album ‘Moth Boys’, Spector embarked on a UK tour that begun in Bristol and comprised 12 dates in total. The show at the wonderful Brudenell Social Club in Leeds is one of the last stops of this iteration of shows so the band have had time to work on choosing a setlist that works in the new songs seamlessly, and they do that extremely well here.

Spector have always been unapologetically energetic, bringing an extra level of danceability to songs which on record feel more chilled out and atmospheric. Even when lead singer Fred Macpherson assures the crowd that they are going to slow the pace down, you never really sense that the frenetic vibe around the venue is going anywhere. Such is the level of excitement that stage invasions pepper the show and the band, who are all consummate showmen, take it in their stride with good humour and encouragement.

While all the songs got a great reception, there were a couple in particular that hit home. From the new album, ‘Stay High’ was particularly brilliant, its contemplative verses complimenting the rousing chorus and making it a song excellently suited for a live performance. Big hitters from the first album like ‘Friday Night’ and ‘Celestine’ sound as good as ever, and ‘All the Sad Young Men’ is an excellent closer and deserves its spot at the end, where it has usurped former closer ‘Never Fade Away’ and makes for a very satisfying ending.

All in all while Spector have gone through what might be considered a stylistic change- gone are the days of floral shirts and in comes a smart-casual dress sense and a more robust set- but at root they are still a band that delight in bringing their music to life. Lead singer Fred Macpherson’s acerbic and forthright lyrics may be food for thought on record, but in the live scenario there’s nothing to do but unite as a crowd and sing all the words at the top of your voice. You imagine Spector work best in a venue where they can see and interact with their audience, and the Brudenell gives them the chance to do just that.