Tonight, it is a huge pleasure to attend the TNA Maximum Impact VI Tour as it stops in Manchester. As a long-time wrestling fan, sitting with others passionate about the sport, it is great to watch an actual television taping of Impact unfold. From a dark and disturbing angle that sees Eric Young at odds with Abyss/Joseph Park about his dual identity, to the shocking betrayal of Gunner by his long-time partner, Cowboy James Storm, and the blistering return of MVP, we’ve been anything but bored in Manchester tonight. Ignoring the silly angle going on right now between Velvet Sky and Chris Sabin (the two have a man versus woman match this eve, which Sabin wins after interference from Alpha Female), the great thing about TNA is the raw energy of the events, and the feeling that we as fans can really delve deep into these evolving storylines. 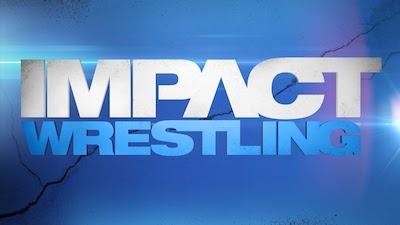 The best match of the night comes in the form of a classic casket bout between Mr Anderson and Bully Ray (wearing a Liverpool shirt in a genius effort to further annoy the crowd) – in this epic back and forth contest, the pair really take it to each other using ladders and all manner of awesome “extreme rules-type” weapons, and we are pleasantly surprised as Mr Anderson gets the win with a Mic Check into the casket on Bully. On another (major) note, it is also great to see MVP back in the ring against Rockstar Spud in an absolute squash match – Porter (also TNA’s new investor) looks to be in great shape, and it was a stroke of genius on TNA’s part to bring him back into wrestling now.

One of the other highlights here, has been watching the emergence of The Wolves as a tag-team – Davey Richards and Eddie Edwards beat down the frankly laughable Bro-Mans tonight with a fantastic move-set. We expect really good stuff from them in the future – though, they could definitely do with an injection of personality!

One really intriguing angle to develop this evening, as mentioned previously, is the tentative reformation of a heel Beer Money. As Bobby Roode nearly walks out of the company this evening (preceded by a taped segment where he talks to James Storm for the first time in a while, seemingly reconciling before heading out to the ring to confront Dixie on her poor handling of the company). From there, and in the ring, Roode is persuaded to stay and captain Dixie Carter’s team at the forthcoming PPV (he’ll also get some control over the wrestling management aspect of TNA if that team wins, which is nice), meanwhile James Storm turns bad and superkicks Gunner helping Magnus to retain the title. Nobody saw that level of betrayal coming tonight!

Another smashing fact that really comes across live tonight, and on the television every week, is the dominance of Samoa Joe. This guy is insanely talented, and should have been so much bigger by now, not physically, but in terms of profile. He destroys his opponents The Bro-Mans in handicap action (3-on-1) and demonstrates clearly that he is the justified number one contender for the World Title.

The above notes are a selection from our favourite matches of this evening, but to sum up, if you’re a true wrestling fan like this writer, go and see TNA Wrestling when the roster comes back over this way in 2015 – it’s a lot of fun, and you get to see real talent like Austin Aries, Eric Young and Samoa Joe really give everything they have.

Thanks for having us, TNA. We’ll see you again soon. 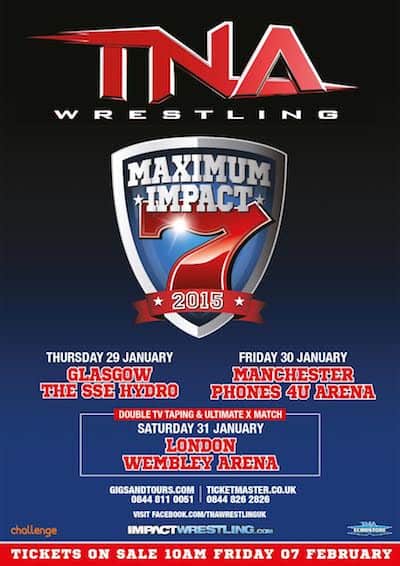