Festivals aren’t just for fields and mud, oh no. Every year, thousands upon thousands of people descend on Sheffield for three days of music in multiple venues across the city. As Soundsphere trundles through the streets on the hottest day of the year, revellers enjoy the street entertainment as they wander from venue to main stage on the green and back, daily woes forgotten as the biggest decision of the day becomes which artist to see next. 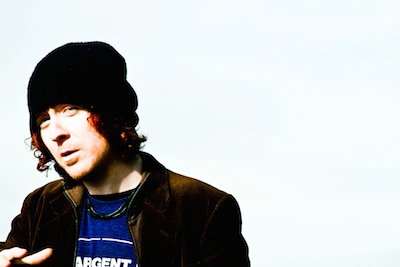 The great thing about Tramlines is the sheer amount of talent available across three days. The city morphs from an industrial university town into a banquet of musical tastes offered in a variety of venues. From the large Devonshire Green, hosting main stage headliners such as Katy B and Public Enemy, to official buildings like City Hall, and even smaller bars such as Bungalows and Bears, there is noise pervading everywhere.

Soundsphere first meet up with instrumentalists Maybeshewill, City Hall headliners that evening, for a sneaky interview. The questions are few but the conversation is long,  and the excitement of the band to play with additional live strings tonight is clear. Despite being in since stupid o’clock in the morning for a sound check, their energy is buzzing and Soundsphere can hardly wait for their set.

But first, a few more bands to drop in on. Brontide, another instrumental group, catch the attention of passers-by in City Hall, their ambitious slamming power chords and masterful guitar riffs rumbling through the floor. With their debut album, Sans Souci, a brave continuous record, it is clear this trio already have  a solid following – and gain many more supporters during their set. Heavy beats, some discordant layering reminiscent of early Black Sabbath, and epic melodies create an unexpectedly appreciative vibe in the room.

Next up is VerseChorusVerse (a.k.a Tony Wright), with a few of his trademark soulful, rasp-led tunes. The Northern Irishman stamps along to create his own percussion, and the audience soon get swept away with him from the very first song (a brilliant cover of Sixteen Tons). Joining him after a few songs is Jonah Matranga, and they perform a couple of songs together before VerseChorusVerse (pictured) has to dash off to get a ferry. The understanding and rapport between the two is clear, and it makes for a great set – somewhat surprising, as Tony admits it is entirely unrehearsed.

Leaving the welcome air conditioning of City Hall to join burger-lovers and music junkies at Bungalows and Bears, the next set is from brand new band, Dead Meat. Gravelly, roared vocals reel forth against tight percussion and back-beat bass for a surprisingly warm reception from the audience. Soundsphere pins down drummer Steve Wilson for a quick chat before hopping back to City Hall for Maybeshewill.

The excitement felt at the beginning of the afternoon holds up, with a packed ballroom belying Maybeshewill’s burgeoning reputation for anthemic guitar instrumentals. The addition of a cello and violinist brings extra layering and depth to their already soundscape-style pieces, and the band members seem emotional as the cheers between each track get louder and louder.

Tramlines delivers a huge range of talent across three days, from local up-and-coming bands to national names. What is interesting is how each artist is treated with the same respect, time, effort and input from the organisers and venues regardless of their status. This is a festival for music lovers of all ages, and by bringing such a range to a city setting it opens new horizons for many more people than events in fields in the middle of nowhere. Plus, you get to sleep in your own bed and shower every day.