Top Ten Bands/Artists to Watch Out For in 2017

By Georgia Jackson May 12, 2017 Blogs, Listen, Ones To Watch
No Comments

2017 has already seen the success of plenty of bands, with a vast multitude of albums already fighting for Album of the Year spots when we’re not even six months in. And with festival season and the traditionally tour-packed autumn months coming up, there are going to be quite a few potentially career-defining live opportunities for numerous bands. So with that in mind, here are our picks of the top ten bands and artists we think are going to dominate the rest of the year.

Blood Command
2013 seemed to see Norway’s Blood Command at the height of their career. They were touring instant-underrated-classic album Funeral Beach and opening for the likes of Biffy Clyro. Turbulence that saw singer Silje Tombre leave the band not long after threatened the end of the line. But this year, new vocalist Karina Ljone in tow, third album Cult Drugs was unleashed, and the quartet are clearly hungry to finish what they started. Blood Command are shouty punk with a whole load of fun thrown in. They’re irresistibly catchy while still meaning business – a band that can throw regular trumpet embellishments into their punk songs without sounding completely ridiculous are clearly onto something. Blood Command should be way bigger than they are, and being able to produce two career-defining albums one after another just proves that. 2017 should be the year more people sit up and listen, and any live dates they fill the rest of their year with should be a barrel of laughs.

Creeper
Southampton sextet Creeper are often heralded as one of the best new bands Britain has to offer, and quite rightly so. Not only are they responsible for perhaps some of the best rock songs of the last few years (power ballad Misery being a notable example), but the side narrative they’ve formulated to go along with their music shows what an important creative force they are in our world at this point in time. A string of flawless EPs seemed to have been preparing us all for debut album Eternity, In Your Arms, which dropped back in March. Since then, the only way for Creeper has been up, with a victory lap UK and Europe tour (including many sold out dates), a top 20 spot in the album charts and coverage in countless mainstream ‘new music’ columns. That rise is sure to continue through the rest of 2017, and if you somehow haven’t seen what all the fuss is about, they play Warped Tour in the US and the Main Stage at Download this summer.

Decade
A now-infamous string of bad luck a few years ago defined Decade’s early career. After a break, they came back rejuvenated with second album Pleasantries in March, and it’s a record that points to a very bright future. There’s clearly been a lot of growth on the part of the band. A lot more rock influences (rather than just pop-punk) have clearly gone into Pleasantries, and it’s a more positive album on the whole, sometimes in actual subject matter, sometimes just in the music. Everything is here – earworms, hard and heavy rock songs and pretty, smiley ditties. Decade embarked on their own headline tour in March, and while they only have festivals lined up for the rest of the year so far, any unannounced plans on the cards are sure to be huge. This is a band who are clearly ready to graduate to the big leagues of British rock music, but for now are still one of the country’s best-kept secrets. Catch them at Slam Dunk and 2000 Trees festivals this summer before the cat gets out of the bag.

Emma Blackery
It’s become common practice to sniff and roll your eyes at YouTubers forging music careers, but for Emma Blackery, music has always come first. Having spent much of her time in the industry in various bands, she released her first EP as a solo artist in 2012. Since then, she’s honed her sound to pop-rock perfection, and it’s impossible to not get one of her songs stuck in your head after listening to it. There seems to be an Emma Blackery song for every emotion – angst, lovesickness, heartbreak, you name it. Her talent and versatility is something her childhood heroes Busted have picked up on too, as they chose her to be their opening act on their 2016 arena tour. Blackery’s fifth EP Magnetised is out at the end of May, and she’s touring the UK in May and June in support. 2017 looks to be the year she’s finally recognised at a musician aside from the YouTube label, and that recognition should prepare her for great things.

Greywind
Greywind’s support slot with Moose Blood last year made the ears of many prick well and truly up. Singer Steph O’Sullivan’s intense stage persona and unique voice along with a collection of impressive songs was more than enough to pique crowds’ interests. But the release of debut album Afterthoughts at the start of the year made sure those interests were held firmly. It’s filled with choruses that seem way too enormous to have been created by a duo and epic, booming musical landscapes that are making the rafters of the tiny clubs the Killarney siblings fill shake. It’s music that stadiums practically beg to house, and dates are Rock Am Ring and Download Festival this summer are sure to make huge venues less of a dream and more of a reality for Greywind. And with a cover of Jimmy Eat World’s Hear You Me released mere months after Afterthoughts was put out, perhaps more new music before the end of the year isn’t too much of a stretch.

Holding Absence
Cardiff five-piece Holding Absence have achieved quite a lot considering they’ve only existed for a year. A signing to Sharptone Records and opening We Are The Ocean’s farewell tour in March did wonders for their profile, and they’ve been steadily building up a following including Kerrang!, who regularly feature them in their magazine and their Fresh Blood radio show. A new hope in post-hardcore, Holding Absence are epic and intense, with singles Permanent and Dream Of Me sure to stun and intrigue you. These may be their only two tracks available online, but any new material is sure to hit the mark judging by live performances. The quintet are hammering the live circuit at the moment, with their summer completely packed with festival and headline dates alike up and down the UK. It’s only a matter of time before they become a band you’ve unwittingly seen a few times judging by the graft they’re putting in. With such a focus on a live presence this year, new EP or album plans are as yet unconfirmed, but hopefully we see some new music by the end of the year.

Petrol Girls
London quartet Petrol Girls launched a full-on assault on music last year, releasing an EP and debut album’s worth of their own-brand “raging feminist post-hardcore”. Angsty with an incredibly important message, they channel their frustration at inequality and other issues into loud and in-your-face punk songs that are all too easy to get rowdy to. Singer Ren Alridge is totally captivating (especially her performance on album Talk Of Violence), with such an acerbic edge to her voice that’s it’s impossible not to sit up and listen. While there are no announced plans for new music this year (understandable considering the sheer volume that came out last year), the four-piece are playing a multitude of festivals across Europe this summer – from the music-centric 2000 Trees and Boomtown, to events with a message like London’s Loud Women Fest. A rammed tour diary is characteristic of Petrol Girls, so if you can’t get to a festival this summer, they’ll probably be passing through wherever you are this year.

PVRIS
You probably more than know who PVRIS are by now. Having seemingly come out of nowhere with stellar debut album White Noise at the tail end of 2014, people across the globe have fallen in love with their macabre, synth-tinged stylings. Hailing from Boston, Massachusetts, the three-piece have and have spent the last two years riding the wave of their aforementioned debut, supporting the likes of Lower Than Atlantis and Bring Me The Horizon in the UK, along with earning the support of Radio 1 (Rock Show and daytime alike). 2017 is set to see them continue to develop with long-awaited second album All We Know Of Heaven, All We Need Of Hell scheduled to drop in August. They’re already teasing an autumn stacked with tour dates around the world, and an already-confirmed Main Stage slot at Reading and Leeds festivals this summer should more than help in keeping the momentum going. While the last couple of years have seen them grow and grow, 2017 should be the year PVRIS become completely inescapable.

Tigercub
Variety is the spice of life, and Tigercub have made no secret of how bored they are with rock music. On their late-2016 debut Abstract Figures In The Dark, the Brighton trio (whose three members all share the name James) showcase everything from grunge to full-on screaming vocals to stark, handclap-led tracks. They’re a band unafraid to experiment and throw aspects that shouldn’t work together just for the sheer hell of it, but nothing about it seems tokenistic (in fact, it’s quite the opposite) – something disappointingly rare nowadays. It’s something the likes of Royal Blood and Pulled Apart By Horses have clearly been intrigued by, with both bands having taken the lads on tour with them. Abstract Figures In The Dark has given Tigercub plenty to stand on their own with, as a record jampacked with passion, energy and (well-executed) ideas. 2017 is sure to hold great things for Tigercub, starting with their biggest headline show to date at London’s Dingwalls on June 6th.

Tigress
Reinventing yourself can be a scary move, and it may seem easier to carry on with something you’re not than abandon any previous momentum. But Tigress seem to be doing just fine, having swapped old guise The Hype Theory for a more mature entity. Tigress reflects the quintet graduating from their pop-rock roots, be it on the storming Power Lines, soaring Human or the rest of brilliant debut EP of the same name, released in 2015. The shift between band identities has also seen the Chelmsford outfit improve musically themselves. Not only are they a tighter band as a collective, but vocalist Katy Jackson has certainly become one to watch; not only for her brilliant range, but for the emotion positively dripping from her voice, be it an anger-fuelled edge or tender vulnerability. Tigress have already started off 2017 with a bang, having supported rising talent Counterfeit in the UK and Europe. Their new EP Like It Is comes out on May 12th, and while they don’t have any touring plans for the rest of the year in the diary yet, you’re not going to want to miss out on tickets when they do. 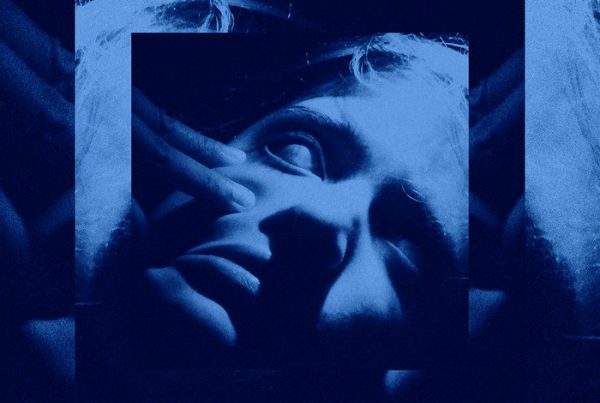 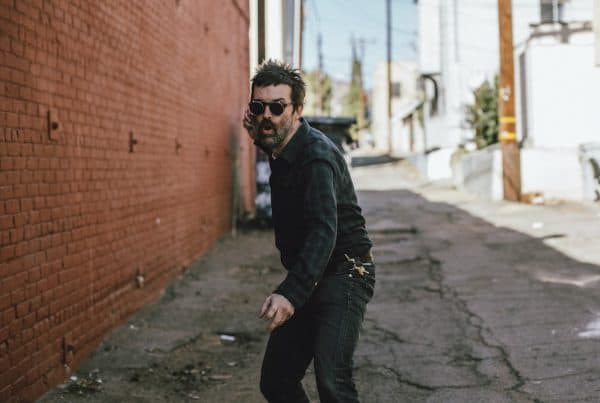