By Editor January 19, 2018 Listen, News, Videos, Videos Of The Week
No Comments

“American Graffiti is written about knowing something is wrong and choosing to do nothing about it.  We exist in a time where we have the benefit of hindsight into what happens when we harbour certain toxic views and allow these principles to govern our society.

“Instances have been allowed to escalate throughout history and with all the knowledge right at our fingertips and more accessible than ever, we are still part of a world where segregation, division and hate not only exist but are entertained by an apparent majority.  Common sense is stamped out by the loudest voice and replaced with greed.  Mistakes will be repeated and a permanent mark left.

“American Graffiti is about those people that have let it happen, or worse encouraged it to, and think they can simply delete it from their conscience.”

Watch the video for ‘American Graffiti’ now below…

‘American Graffiti’ is taken from the debut album on Earache Records titled ‘Challenger’ which is due to be released on April 20th, 2018.

Pre-order the album now on CD and limited edition orange vinyl (limited to just 100 copies!) here or on iTunes including an instant download of ‘American Graffiti’ here. 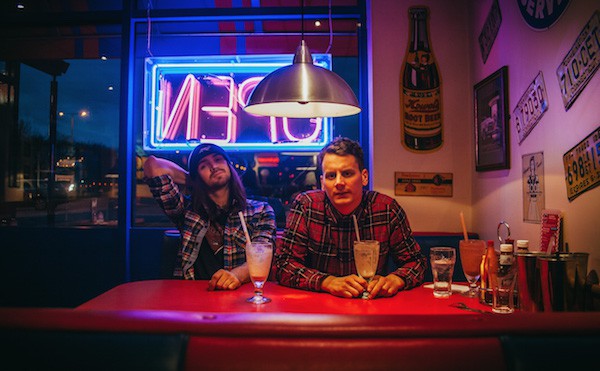