You may know him as Stitch D, the frontman of tempestuous British industrial metal band The Defiled. Their decade-long reign encompassed two studio albums lauded for their furore and energy, tours that swept through Europe and the US, as well as having the distinction of being the first band to perform on a free-floating iceberg. After The Defiled’s separation in 2016, Stitch D has moved away from that persona and, in re-christening himself Lee Villain, has taken his time, and presents us with his next venture: Lowlives. 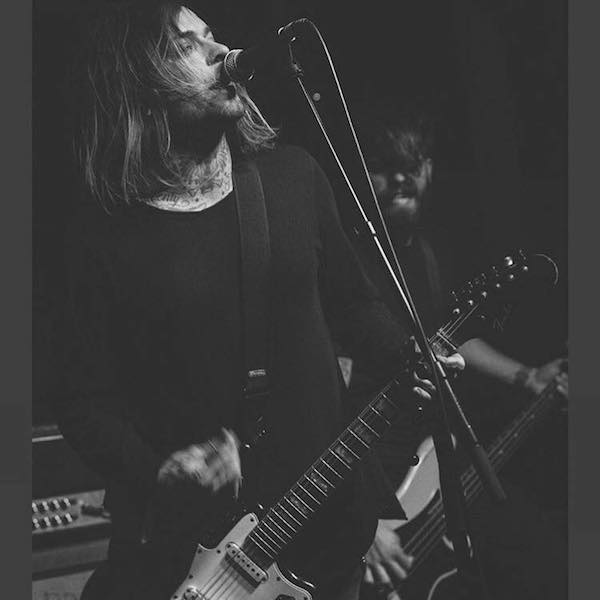 What happened to you in the interim between The Defiled and Lowlives?

L] In those couple of years, I’d actually had a couple of Lowlives songs written for a long time. ‘Burn Forever’ was one of the first ones. I kind of started doing that while I was still in The Defiled, just me and a friend. We’d just had enough of The Defiled, I guess we’d grown up a bit really – we never fell out or anything, it was just more of a logical step to take. It just kind of felt that we were flogging a dead horse after a while.

I’d been trying to start another band for a long time, and because I was the song writer my heart just wasn’t in it I guess. Then I did some session work for a band called The Eeries out here in LA. They were going to be the next thing out here. At first, I thought I’d come into the studio, play guitar and then wash my hands of it. I just wanted a bit of a rest after 10 years with The Defiled.

So I did session work for a little bit, and then just realised I hated doing it; I hated playing other people’s music. I wanted to create and do something, so I put together some songs. I just put a post on Instagram. Luke, our drummer, and I kind of knew of each other because we were both English people living in America, and as it turned out we loved the exact same music. Growing up we were both obsessed by Smashing Pumpkins, and we also liked newer bands like Superheaven and stuff like that so we arranged to get together. He used to play in LostProphets and then he did No Devotion straight afterwards. He stopped doing No Devotion because I think he felt the same as I did about The Defiled, in the end. He had a child and got married and it gets to a point where you think “Right, I need to sort out my life a little bit and maybe get a proper job”, but I think if it’s all you know then it’s all you can do. We both had maybe a year and a half, two years off without being in bands and we were both fucking miserable because of it, so we decided “Hey, we should write some songs!” and see how it works. So, we got together, and it was just really easy with him. Our album has been done for ages – like a year – but we’ve got 40 songs for the next record already. It’s so easy to write with him. We just get together at his house, bash stuff out, and see what happens. We did a year of writing with each other and then we announced Lowlives.

S] How do you feel about the legacy you left with The Defiled?

L] We just slogged it out – we just kind of got on with it. I think we did some cool stuff and I’m proud of the stuff we did. We did it for so long we just burned out. We’re still all friends; they all came down to Lowlives’ London show. I speak to Alex almost every day. We started the band when we really young and the type of music we were producing was reflective of what we loved back then – we all just grew up. We got to the point where we were like “Let’s make this a bit more mature now and see if we can grow to its level” and we went to go and do an EP at Dave Grohl’s place. We tried to do it all organically like recording in the same room together, you know just no studio tricks nothing like that. I don’t know, it just didn’t feel right anymore and that was kind of tough. We ran out of money as well. I don’t know man, it just got tough after a while. But I’m very proud of what we did.

S] How have you progressed as a musician, and personally?

L] I think I just got to that age when you start to reminisce about all the bands you loved as a kid, and always even all the way through The Defiled when we were doing heavy stuff – I was obviously listening to some brutal shit then –  I have always loved bands like Bush and Silverchair because that’s the stuff I grew up with. I found it so easy to write because I always wanted to do that kind of stuff. It’s always been there, I’ve always had songs in that kind of vein. Maybe it’s moving to America, maybe it’s made me mellow out. It became really hard writing music for The Defiled living in the sunshine. Obviously, it’s not all merry now, but it’s less about killing people and shit. It feels natural now, the stuff I’m doing – it doesn’t feel forced.

Moving to LA, there were lots of bands in a similar territory to The Defiled. None of them are real, if you know what I mean. It’s all a Hollywood scene: tacking on makeup, not being able to play your instrument and using backing tracks. After seeing that out here, I’m just fucking done with it. I want to see a band and them blow my face off, even if they’re playing in a pub. I think bands nowadays are trying to put on arena sized shows in barfly-sized venues. I get what they’re trying to do but every band is using a backing track now. There’s nothing real anymore. I just wanted to turn up with amps, play, and let the music speak for itself. That’s what my idea of Lowlives really is. I just wanna play loud, obnoxious music. If people like it, they like it; if they don’t, they don’t. We want to be honest and not cheat. Even when we record in the studio, when you’re recording a certain style of metal it’s very much recording track by track, in a very structured, over-produced way. We don’t want to use auto-tuning or any studio trickery. If people listen to our songs and think it sounds shit, that’s us sounding shit, rather than blaming the producer. We just wanted to make a real record, no tricks, no nothing, just a real band.

S] Has your attitude to touring changed since starting out?

L] It’s totally changed now. With The Defiled, it certainly got to the point when you start doing cool big stuff and when you had to go back to smaller stuff it got depressing. But now I just want to turn up at music venues. I love touring now. I’m really just enjoying getting in a van with my friends and playing gigs. After those two or three years of not touring, I was the first in Lowlives who was desperate to get on the road again. I think I enjoy touring a lot more now I’m older and can just take happiness where happiness is, in the little things.

Q: Do you find LA an inspiring place? Has it enhanced you creatively?

L] Not really, to be honest. It’s almost the opposite here. It’s kind of hard to write because everyone out here is happy and positive. Admittedly, I am a lot more of a positive person now. But in terms of writing, personally I find that it has to come from dark moments in your life. I didn’t want to move to LA for the music, I just wanted to live somewhere different. But what I found interesting was how obvious it is in terms of how the industry works here. I think seeing Hollywood douches is what’s influencing me to write the music I write now. It has a very polarising effect. The ego in LA is unreal, yet they’ve done nothing. Knowing that certain people I know, who are a big deal, don’t write or play their own stuff aggravates me. It just baffles me. There’s so many people out here who can’t play.

S] What advice would you give to a band reading this who aspire to play punk/alt rock?

L] I think the main thing is to write music that means something to you. Don’t put stuff in music to capture whatever the zeitgeist is; don’t try to emulate what other bands are doing. You’ll look back later on in life knowing that you did what you loved. There’s a lot of times I did shit before, and I wish I’d never done it. A major turning point about me not being in The Defiled anymore was when I saw a documentary about The Melvins. There was a premier in the theatre downtown, they performed to opening up their film. There were all these legends, Cornell, Grohl and so on, and they said “We did everything we wanted to achieve, yet Buzz Osbourne is the only one of us who is still truly happy”. He was true to himself and stuck to his guns. He didn’t just do stuff to further his career. He just did what he loved. After seeing that, I wanted that. There’s so much access to any band under the sun, it’s easy to get caught up in scenes. Write music that you believe in. With some bands, you can see that they don’t believe in what they’re doing anymore. It shows – from experience, it shows. When you get on the brink of incredible success, that’s the make or break. Do what’s real, make it mean something. It doesn’t need to have a political message, just make songs that mean something personal to you.

S] Who inspires you?

As a songwriter, you do get set in your ways and play it safe. Whenever I write songs I tend to find they’re quite formulaic. My bridges all start to sound the same. Luke writes from a different perspective, so when we get together we make something entirely new. At the moment, we’re just feeding off each other. I don’t really do the whole ‘writing songs about my wife’ thing – because we’re happy. I guess there’s a couple of Lowlives songs that are about her, but not in an obvious way.

S] What are your future plans?

L] We’re coming back to England in August, doing a very cool festival. It’s my major festival to tick off my list since I was a kid. You know when you’re in school and they make you write your CVs and shit? My aspirations were to play Reading Festival [the band has just announced that WILL be happening]. We’ve just signed to new management, so when we go in August we need to have something out.

We’re trying to not piggyback off our old bands, which were a lot bigger. We just want to totally disassociate and let Lowlives exist in its own right and merit.