Today, we have the great honour of conducting a chat with the wonderful Martin Grech about music, inspirations and more.

Despite the surreal atmosphere of apocalyptic bank holiday limbo, I am actually pretty good, Thank you.

S] How do you define success now?

For me, the closest thing to success is finding happiness. If you manage to spend most of your time feeling neutral, and your remaining happy and sad times number mostly in favour of happy, I would consider this successful.

However, I also think that obsession with success, whichever way you define it, is actually counter productive to ones happiness. Success is such a subjective term it has the tendency to be influenced by society and by our own fears of failure. I think in practice the concept “success” has a nasty habit of transforming and becoming defined by whatever we feel we haven’t achieved.

I would rather have goals that are less burdened by judgement and are more rudimentary, like the goal to just have experiences and to feel no matter what the feeling.

S] How do you look back on ‘Open Heart Zoo’ and ‘Unholy’ now?

Although I haven’t forgotten many of the struggles I had during those times – the main association I have with those records, Is how much fun I had making them with my producer at the time Andy Ross.

Andy Ross has always been mentor figure to me. I was such a young age when I started making records, and although I had a developing vision and was very stubborn-minded, I was definitely very susceptible to outside influence. Andy knew this, and made it his job to nurture my artistic spirit. The freedom I feel now to write purely from emotion without caring what other people think, or whether or not what I create fits into popular culture right now – that freedom was gifted to me by Andy Ross.

We had so much fun making those records. Despite them being pretty intensely cathartic records, when we weren’t digging deep into those emotions, we were laughing until our sides split.

S] What made you decide to set up your Patreon and keep regular content coming out?

I was having one of my regular existential crisis, and as usual I began to think about how dissatisfied I was with having essentially a life times worth of work all messily unfinished or forgotten about on hard drives. I think it just suddenly all made sense to me, I was lacking a focus and a structure and it was effecting my current creative output.

Patreon suddenly came into focus as a way that I could set myself a reasonable creative goal every month, and allow me to give something back to the amazing people that have stayed loyal to me and my art for so many years.

I intend to organise my entire song writing catalogue. Well, the good stuff at least. Also, this way if I die, hopefully there won’t be an endless supply unfinished shit demos for my well-meaning loved ones to release [joke].

S] What would you say you have learned about yourself through the music that you’ve made, both personally and professionally?

Well, music has always been there with me, so I guess everything I have ever learned about myself has been set in some way to a musical back score. All my fears and their origins have been worked on using music, I have learned a lot about love and how naive I still am to it. Truth and honesty and how simultaneously difficult and important they can be.

I have become acutely aware of my musical limitations, in playing, producing and singing. Consequently, I have learned how much I need people. That might sound obvious, but when you make art that is so personal, the role of other people can be confusing.

S] What inspires you at the moment, outside of music – think specific people, places, movies or things of that nature?

Well, what inspires me has changed a lot over the years. Other media and art has been a big inspiration. Feeling other people’s catharsis through film, music and fine art has always stirred me to want to learn how to express my own feelings.

These days you are more likely to find me digesting poetry or dance. Philosophy is probably my big love and greatest current inspiration. Rather than bands and artists, modern thinkers and questioners are my main figures of inspiration. My favourite of which is probably Sam Harris. Anyone who is willing to go to the most difficult philosophical or socially controversial  places with only truth as their agenda has my attention.

S] What are the biggest challenges you would say you have faced as an artist and creative?

Fear and self-destruction for sure. The tendency to distort and defeat ones own path to avoid dreaded failure has always been my biggest challenge. It can stop me finishing a song or releasing an album. I find myself in a permanent state of negotiation with self-annihilation.

S] What advice would you give to emerging artists who have perhaps been inspired by your work, on how to make a dent in the industry as you were able to do?

I wouldn’t advise anyone to “try to make a dent in the industry”. I would only advise you to put your own development as an artist first.

Master your trade. For some people that might mean mastering skills as producer or at playing an instrument. For others like me, it means mastering their ability to capture emotions in composition. And, when I say “Master” I mean develop, and keep learning. I honestly don’t think that anyone can ever be the master of such a wild beast.

Develop yourself, learn yourself and you will learn your art at the same time. 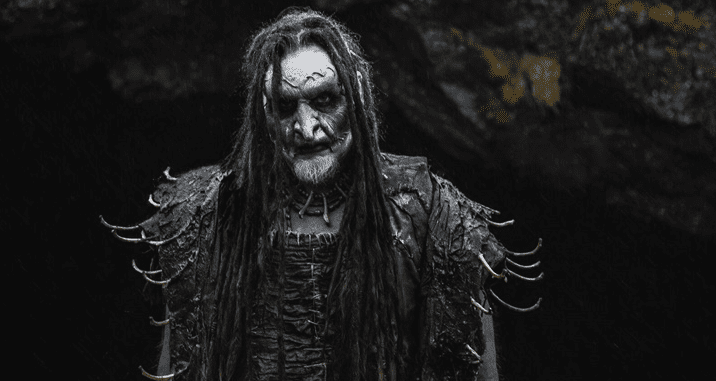