Check out our latest Artist Spotlight on drummer/DJ, Rob Sullivan. 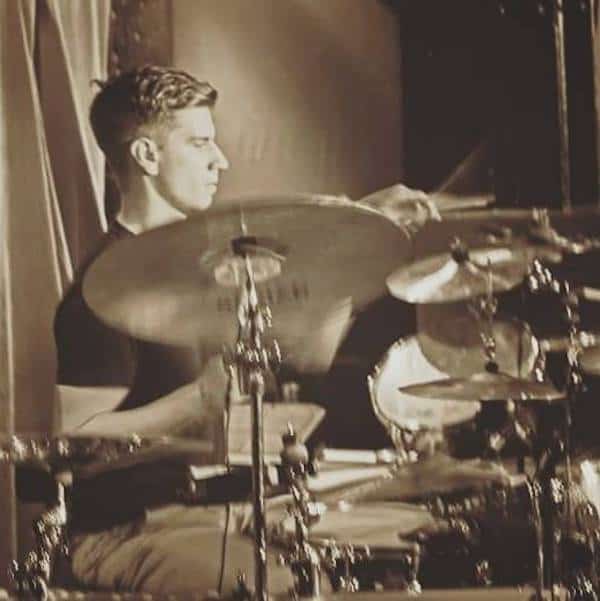 What inspires your sound?

I’ve been drumming for about 9 years and started with good old hard rock. Seeing Them Crooked Vultures, Foo Fighters and others live and hearing the opening fill to Smells Like Teen Spirit when I was 12-13 years old got me started on a 6-7 year love affair. Never liked Pearl Jam though, majorly overrated, the CIA have used Eddie Vedder to great effect in Iraq. Never got into the big 00s bands, the MCRs, Billy Talent, Panic at The Disco, all that emo filler that lads got into to have an excuse to dress like girls, not shower properly and not play sport.

I hear a lot of bad music so I have to dig deep on Spotify, Bandcamp or Mixcloud to discover really unique new things. I just recently came across Alex G, who is a phenomenal songwriter, a sound you won’t hear elsewhere. As a sample-based producer, all the golden stuff from the 1950s, and sometimes earlier crops up on YouTube, and when you’re an hour or two into looking for a hook or a riff or a drum sound, anything, and find something really rare, that’s all that matters. It can be a jazzy ‘70s drum solo, chopped and turned into a beat, like I did with “FDA Will Pay”, it can be something from Bandcamp I pricked my ears up at, a heavy bassline, a weird sounding guitar lick, maybe some horns or crazy brass, anything. Being an e-digger isn’t an excuse to be lazy, listen to all genres and exercise your imagination a bit, I’ve used Garageband for a year and a half, for free, all the tools are there and remember, you’ll never be as bad as Stormzy.

What keeps you passionate outside of music?

Rugby and working out mainly, but I like comedy too. Have written and submitted spec scripts in the past to Warner and the New York TV Festival, anything from Archer, Trailer Park Boys, It’s Always Sunny to Chris Morris’ old stuff like Brass Eye and The Day Today. There’s a great troupe on YouTube called Million Dollar Extreme who do some excellent things too, their show World Peace on Adult Swim got cancelled recently but I think they’re going places, there’s a major gap in the market for conservative satirists.

What’s been a career highlight?

I played a few little big band gigs in Finland with my high school band when I was in the A-Level years. Had a blast, amazing food, saunas, swimming in a frozen lake, great girls, sledging, hangovers and everyone was polite. Besides that, drumming with Harrison Rimmer, my very close friend and bandmate, and bassist Gaz Rowntree at venues around York and my former band, The Deep at some places in Derby. Yet to really hit a major highlight but working on getting to bigger stages.

What would you say your greatest challenges are as a musician right now?

Getting heard, cutting through the noise. Everyone is online now telling you to like their Instagram page like you give a f**k, you can’t do without social media, but convincing people to listen to your stuff above someone else’s is not easy. Ironically the formula is still kind of the same – good music, getting along with people, being fun/laid-back to be around, being a brand/icon nobody else can replicate. However, there’s also more musicians trying to copy successful musicians which is another recipe for disaster, there’s a million DJ Khaled/Future rip offs producing trap with lyrics a 4 year-old would be ashamed of. Not giving in to the lowest common denominator and not copying others are the biggest challenges musicians generally face, myself included. I love Aphex Twin but there will never be another RDJ, what hasn’t been done before? What musical secrets are still left to uncover? Can you get a sound from a synth VST/drum plugin or add effects that no one has ever heard before?

I hear a lot of people give the argument that they don’t like Beiber or Drake but respect them for “hustling” or “working hard”, it’s weak reasoning . I doubt Beiber will be remembered well by history for contributions to our current mess of a mainstream musical landscape. Don’t jump on a band wagon of mediocrity for fear of not conforming. Trends are a bad thing mostly, when everyone jumped on the MCR wagon in the mid ‘00s, the quality of the music tanked. My greatest challenge is to keep putting music out that’s unique, anything far from the X-factor, Weekend, Drake, Beiber, DJ Snake, Chainsmokers rotation of garbage we have at the moment.

Who are some of your biggest musical inspirations?

Changes month to month, but right now, you can probably tell from some of the recent Soundcloud posts, it’s a lot of eclectic ‘90s ambient/drum and bass/break beat/electronic stuff, so obviously RDJ/Aphex Twin, but also the likes of Squarepusher, Autechre, Leftfield, u-Ziq, Boards of Canada, older Chemical Brothers and DJ Shadow. For most of 2015 it was more late 90s, early ‘00s hip-hop, I discovered J Dilla, Madlib and really got into sampling. Listening to Dilla’s “The Shining” was a real high point, more so than Donuts, I had never heard anything quite like it in hip-hop, an amazing experience. And honestly, had a weak spot for Eminem before he started rapping like the human version of Windows 95. I like scouring subreddits and Bandcamp to come across more unknown artists. Homeboy Sandman is my favourite rapper at the moment, I feature a live acapella from him on the song “FDA Will Pay”, when rappers get back to that level of insight on current social issues in the Western world, obesity being chief among them, I’ll pay more attention to them.

But overall, also the great classical composers, Rachmaninoff, Haydn, Bach etc. Took me a while to get into orchestral work but spend enough time with it and you realise, almost sadly, that modern music will never quite reach that apex again, at least not under its current model. But I’ve always been a metal fan and Meshuggah’s recent album was phenomenal, Plini from Australia is a beastly prog guitarist, obviously Animals as Leaders, Karnivool, Periphery, Dillinger Escape Plan and so on. Oh, and Deftones, obviously.