Autoclav1.1 is a project from Huddersfield’s Tony Young – his sound melds touching and emotive electronic elements with a smattering of rock guitar work and abrasive beats. We last spoke to Tony in 2008 before the release of his acclaimed album ‘Where Once Were Exit Wounds‘ in ’09 and now, with the pending follow-up ‘All Standing Room In The Goodnight Saloon‘ ready to go, we wanted to sit down with the musician to reflect on the themes and ideas that dominate the new record. 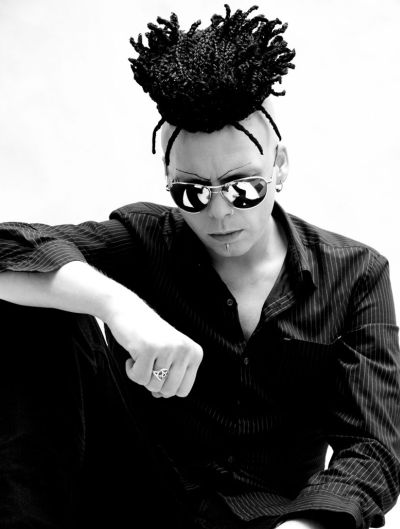 “I don’t want to cage myself in”

S] What is the strongest theme on this new record?

T] I presume you are talking about the styles on offer? There is a heck of a lot of piano on and yeah this is pretty strong throughout especially the last track, but there is a track without piano on there, a number with acoustic guitar and catchy electronics – I wanted to do something different. It’s a tricky one because its ever so slightly different to the last two records I did. I played it to my friend James in its entirety and he said ‘There’s a heck of stuff on it that just makes it feel different’. I even did a track with say…Skinny Puppy in mind and the style of Claus from Leaether Strip ‘s vocals for this album. Its hard to say what the strongest theme is.

S] Can you talk to us about the inspiration behind the title?

T] Yeah. Initially I wanted to do an album based around insomnia and certain hours at night, or just written when I have insomnia bouts. It’s also based on the fact that there is a heck of a lot of stuff going on in the world that people just miss. Imagine a place where everyone is sleeping and just a lucky few cannot find a place to lay and get to witness everything that goes on around them. 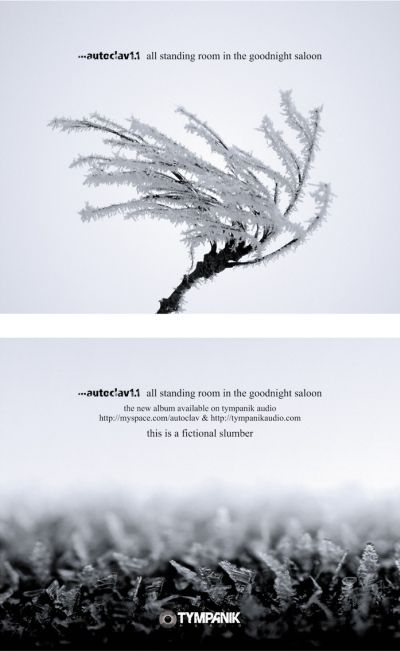 S] What about the artwork and the leaves – this art is a lot more “basic” than on some of your previous work?

T] From an initial look it will seem basic. I wanted something cold and sparse, not over-empty with some basic feeling to it. Stefan Alt did the work again and I love it…he took the initial idea of it being a white cover and added tones of blue and got some pictures of frost. I got a mock up the other week from the label and it’s not as basic as you may think and looks quite busy when folded into its six panels. It follows on from the last album perfectly and gives the project a new direction.

S] What about the live arena – when will you be touring?

T] As and when really. I play when I feel like playing. There are some smaller acts out there who will just play anywhere, every week… and while this is nice it’s also bloody boring. It doesn’t show they are worth anything as they play any old pub or club for next to nothing in a constant delusion that it makes them rock stars and I feel they lose anything that would make people want to go watch them as they can at the drop of a hat. It’s too much saturation and no one really values them for it. I will most definitely be back in America in 2011 as my better-half wants to go too so it’s a perfect opportunity. I also wanna get back to Rome as well. We will see as people are in talks with me about shows now.

S] What are you most looking forward to about taking the new material out live – will there be any major differences?

T] Not really. I play what I feel will make a more rounded set. Some of the new songs will work well live though and yeah, I will be playing a few of them. Let’s say I am ‘intrigued’ as to how they will go down.

S] There is a lot more crossover between ambient IDM sounds and rock guitars on this record it seems – was this a conscious decision to broaden the sound?

T] Well the last album before this one got that ball rolling, but that had a more ‘post-punk’ feel to it in parts. This just has guitars on as a matter of course, but it’s definitely more electronic. It wasn’t a conscious decision, I just wrote what came to mind to get the appropriate message across.

S] Can you talk us through the track ‘Some Subtle Inebriation’ – it’s an interesting title with quite a vast array of sounds?

T] Sure. This was a track I thought of when it was about two in the morning and I was walking home a little bit tipsy. You see all sorts, and sometimes stop and talk to people you don’t know, see foxes and other things. It was more based around how the mind works at that moment. When one is in that position, it’s amazing how many life changing decisions they are prepared to make and then laugh at in the morning.

S] Is there a track on the album that you think is a good representation of where you are right now as a person or musician?

T] No, not at all. There’s so much I like on this album, that it’s a difficult thing to pinpoint down to one area. There is a collection of maybe four or five on there that would, but again, who knows what I will do next time round. I don’t want to cage myself in.

S] Have your goals with regard to Autoclav1.1 and what you want out of it changed in any way since the last release?

T] No. I have no real goals. I just think of something I want to write about and go for it. If the label like it and others like it too that’s all that matters, as well as me enjoying it of course!

S] What keeps you inspired most these days – musically and, or personally?

T] Everything and anything. I am a lot happier these days. [laughs] Life, love and death, I suppose.

S] Your random question – if you could take Autoclav1.1’s sound and remove the soundtrack from any film and put your music on top, what film would you pick and why?

T] That’s a very hard question. It would be unfair of me to want to remove someone else’s work as that would be big-headed of me to think I could do something better. I would love to do a film score of course, but right now off the top of my head I couldn’t say. Maybe I would do something for Shane Meadows, as he is one of my favourite directors. 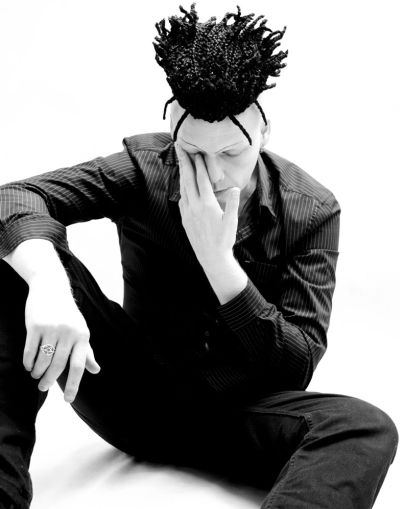