Aaron Spectre of Drumcorps is one of the most innovative electronic musicians around today. His hefty mix of heavy metal riffage, punk energy and mad breakcore backing has captivated fans from all across the great genre spectrum. In 2010, before his performance at Supersonic Festival in Birmingham we caught up with Aaron to talk about moving back from Berlin to America (after he originally relocated to Europe in 2003 from New York City), performing live in the UK and the inspiration behind his latest material. 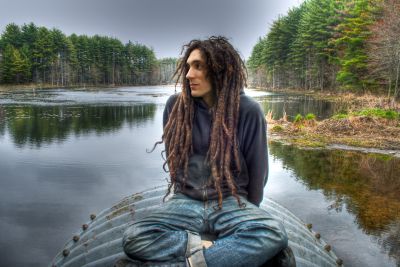 “The new stuff is all original”

S] Tell us about how you enjoy playing UK dates in comparison to playing in the US and the rest of Europe?

AS] The UK has always been excellent – there’s a connection, people really resonate with the music. It has a lot to do with coming from similar places… growing up in hyper-capitalism and all the life conditions that come with it.

S] How have you found re-settling in America and what have you learned from your time in Europe?

AS] Moving back to America has been hard but good. I have travelled the world these past few years – which has been amazing – but too much travel can leave you feeling weightless. The past year has really been about me getting back to my roots. At the moment it is good because I can hear amazing music bursting out of every corner. In Europe I learned how to live a good life. I had very simple, and very good things – friends and food. Moving there allowed me to step out of the rat race for a bit. I also had the opportunity to play a lot of amazing shows on beautiful sound systems.

S] We’ve spent some time in Boston and on the outskirts in the past – did you ever miss the city when you left?

AS] Not one bit. Too much travel and you don’t miss cities anymore – you do start to miss people though. I do miss the people from Boston and I miss my Berlin people now that I have moved. There is a lot more loving and missing of folks all over on my part. Though with enough travel and touring, hopefully I can see everyone and keep it going.

S] Tell us about the inspiration behind your latest track, ‘Headstrong And Heartfoolish’?

AS] ‘Headstrong and Heartfoolish‘ is a journey – a story about the past, present and the future all at once. It’s about the feeling when life overwhelms you and you see all the options branching out from that feeling. Out of that intense chaos comes a moment of clarity and you know what you need to do. And you point in that direction and move on.

S] The artwork is pretty awesome – can you tell us about that? 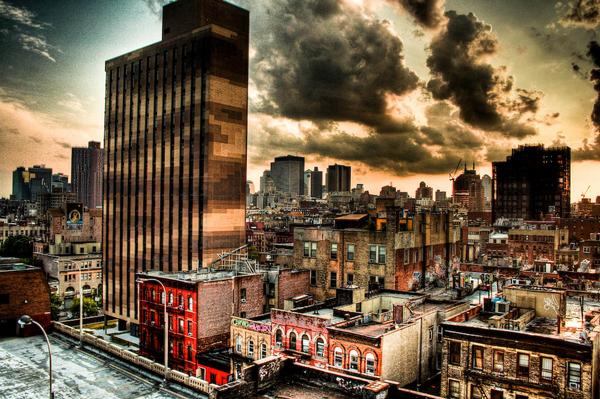 AS] Thanks, the artwork is a High Dynamic Range photo I took in New York. HDR is a new form of digital photography that combines several images in software after you’ve shot them. You see everything – the shadows and the light. A lot of people say HDR images are more true to how your mind perceives them. I think it’s true – the feeling you get from certain HDR shots lines up with the completely overwhelming feeling you get when standing on the edge of a beautiful panoramic vista, taking in the world. Photography is a hobby of mine, it’s been fun to find a good outlet for it. HDR can be overdone, no doubt, just like anything. In the end it’s about the quality of the image itself and what it represents, HDR is just a process that helps out what’s already there.

S] How will new material you are currently working on represent the progression of Drumcorps away from your work on ‘Grist’?

AS] The new stuff is all original, no samples (or at least no noticeable ones). When coming up with the ideas for it, I thought ‘Okay, I could do another sample mash-up record, but there’s something different I’m saying this time around’. For me, if you don’t bring the fire into a record yourself, it’s forever a collage piece. Why not just go for it and record everything? So I bought a bunch of gear and learned how to record. The results have a cohesiveness that naturally happens when you do everything yourself – your fingerprints are on everything. Getting that has been a huge learning process and it took forever – after this it’ll be faster.

S] How have your goals and aims with the project changed over the last few years?

AS] The goal is always the same, stay true to inspiration, but I think I’m closer to something now. These are the tunes I’ve been trying to make for years but didn’t know how.

S] Are there any live surprises coming our way from the Drumcorps live performance?

AS] Last summer we took Leo Miller from Animosity out, he added some wicked scream vocals to the mix, and handled some of the tech stuff as well.

S] What about the touring line-up, do you feel better having someone else on-stage with you?

AS] Absolutely – More people in the touring line-up is something I’m working towards making a reality. There’s a lot on you as a solo performer, and something simple like needing to take 10 seconds out to tune your guitar – if you’re one person the audience doesn’t like feeling ignored, even though they know you’re doing something important. Having more people involved in the project is better for me in the future. Financially it is difficult to add more people though, you start doubling and tripling your travel expenses, so it has to be done carefully.

S] How did you feel about performing in Birmingham at Supersonic Festival alongside acts like Godflesh and Swans?

AS] It really is an honour to play among such greats, and it was excellent to get that call. High quality shows like Supersonic inspire me to push myself harder and to live up to the challenge.

S] Have you found a festival environment so far in your career where you feel totally comfortable showcasing your sound?

AS] Dour Festival in Belgium and the Bang Face Weekender in the UK come to mind. These festivals always bring good times, great support crews and absolutely unbelievable crowds.

AS] My biggest plans are to release the rest of the new tunes and to let them find their people. I am looking forward to it.

S] In time for Halloween, your random question is: In the event of a zombie outbreak, what weapon would you use to defend yourself and why?

AS] Swords – No ammo necessary!