Berlin Black is the latest band from York to make waves on the city’s raw alternative scene, and we are confident that it’s for good reason. Having spent the first years of his musical life as a guitarist for UK goth standouts Screaming Banshee Aircrew, Chris Tuke has honed his talents and following the separation of his former band earlier this year (playing their final gig at DV8Fest, where Berlin Black debuted), created a supreme amalgamation of his dark roots by mixing them in with a sleazy glam stomp and some tasty pop sensibilities. We speak with Chris about the inspiration and ideas behind his new project. 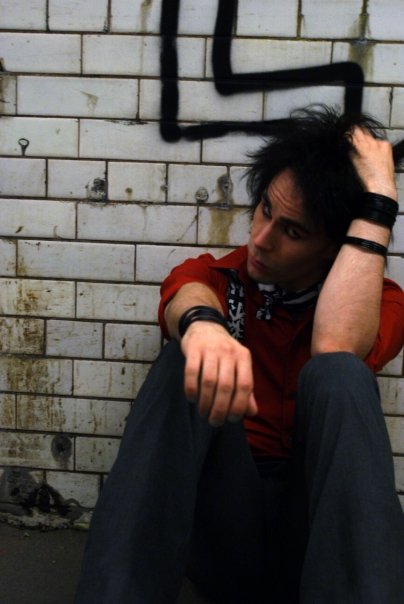 S] How do you write – are you inspired by specific locations for example?

CT] I write about the people, places, and emotions. Anything that I feel strongly and care about. I don’t see the point in writing lyrics that don’t mean something to me. It sounds like cliché but I think it is true that a performer can only put on a good show if they can relate to the subject matter. I want the audience to know that when Berlin Black play we are doing it with a real passion and energy.

S] What do you think of York’s alternative music scene – examine the positives and negatives as much as possible?

CT] I’m not too sure how much of an alternative music scene York has at the moment. There are a few very talented bands around at the moment. But I feel the support for them can be sparse. There seems to be a lot of apathy when it comes to “the scene”, which is a real shame. Luckily there are still people out there who will come out and support bands, club nights and more.

S] How do you plan to develop the Berlin Black concept in the future in terms of the next record?

CT] When I first set out creating Berlin Black I was unsure if people would actually like the direction it seems to have taken. Luckily, the response I have been getting is good so in terms of the next record it’s full-steam-ahead. I plan on releasing another CD around the end of October. On my new record label Trash Vogue. I plan to get more people involved with my music with a few guest appearances on the record if all goes well. I also want to get involved with possibly producing a few tracks for other bands too.

S] What do you think makes Berlin Black’s sound appeal to people outside of the goth and dark music scene?

CT] I’ve tried to make the music as accessible as possible. I think that being influenced by different genres helps. I’m just trying to do things slightly different. I think the live act also helps. It’s a high-energy performance. Some bands seem to forget that if you aren’t engaging and exciting then the audience won’t be impressed.

S] How is your inspiration different with this project in contrast to your work with The Screaming Banshee Aircrew – you’ve said that it’s a very personal departure from previous work?

CT] Banshee Aircrew was always a combination of everyone’s ideas and inspirations. Berlin Black is definitely more of an insight into the way I think and feel. Being the sole songwriter there is no way of pretending that I don’t mean what I’m singing about.

S] Tell us about the lineup, at your debut it featured members of your previous band as well as Alexander King of GLASS – will this be your touring band, or are you looking to have a revolving door of musicians?

CT] They are the current lineup yes. I’ve always wanted to keep the Berlin Black door open in terms of people playing for me. I know that all the members are involved with other projects so they can be involved in the band as much or as little as they choose. I love the idea that new people can be brought into the mix if they wish. It keeps things fresh. It definitely keeps me on my toes and I’m sure the audience will love the change in dynamics as the band progresses. Or perhaps I’m just greedy and want to collect talented musicians and call them mine. You decide.

S] What are the biggest challenges that you face as a musician, and how do you overcome them? 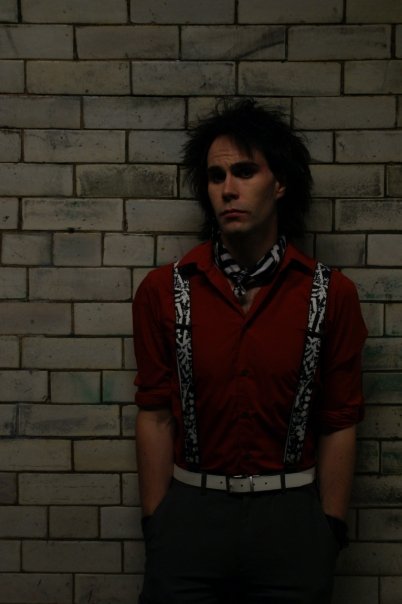 CT] Getting people to listen and support us. As I said earlier, the music scene seems to have an underlying apathy for new stuff at the moment. People are just happy to stick with what they know and won’t support new artists. The only way to really overcome this is to keep promoting, playing and generally getting in everyone’s face so they can’t ignore us anymore.

S] Can you tell us about your biggest personal inspirations and what keeps you inspired to create and develop?

CT] Personal inspirations? I guess it’s all down to the people that I care about and admire. Without them I wouldn’t have got this far and I certainly wouldn’t be planning the things I’m planning for the future.

S] Can you describe the best moment from when you debuted the material live at DV8Fest 2010?

CT] I think it was the relief after we finished the first song ‘Slip Inside‘. Being the first band playing on Sunday night we didn’t know if anyone would be interested. It was a big concern in the build up to the event. Once we had finished the opening song and I had a chance to take in how many people were there. After that I could relax and really got into playing the gig. It was a lot of fun and the band played brilliantly. I couldn’t have asked for a better debut gig.

S] On the touring subject, how far in the future will it be until we see Berlin Black out on the road?

CT] There are a few dates lined up that are still ‘hush hush’ coming up towards the end of the year. Then, next year there will be plenty of opportunities to see Berlin Black live.

S] What do you hope to achieve with Trash Vogue Records?

CT] I want to create an exciting pro-active label that helps bands rather than exploits them. Something reminiscent of Factory or Stiff records. A true independent record company. It’s a big task but I’m confident.

CT] I don’t like to give too much away when it comes to meanings of songs. ‘Tired Of You‘ is a song that centres around the feelings of inadequacy and also annoyance in yourself when things are left unfinished. The other track, ‘Please You‘ is about the struggle for acknowledgment.

S] Your random question – if you could set Berlin Black’s music to any film (removing the original soundtrack of course!) what would it be and why?

CT] I don’t know, perhaps something like ‘Footloose‘ or ‘Grease‘. I’ve always loved a good musical.