Dawn of Ashes are all about anger, pain, horror and gore. If you think you have seen or heard anything like this before, we are willing to bet that you are mistaken. This enigmatic six-piece have been lurking in the shadows of the US Industrial and dark-electro scene for a few years and now it’s time for them to dig right down toward their metal roots and pull everything out into the open. We spoke to vocalist K. Bathory about the band’s change in direction and what the future holds for their violent new breed of heavy metal. 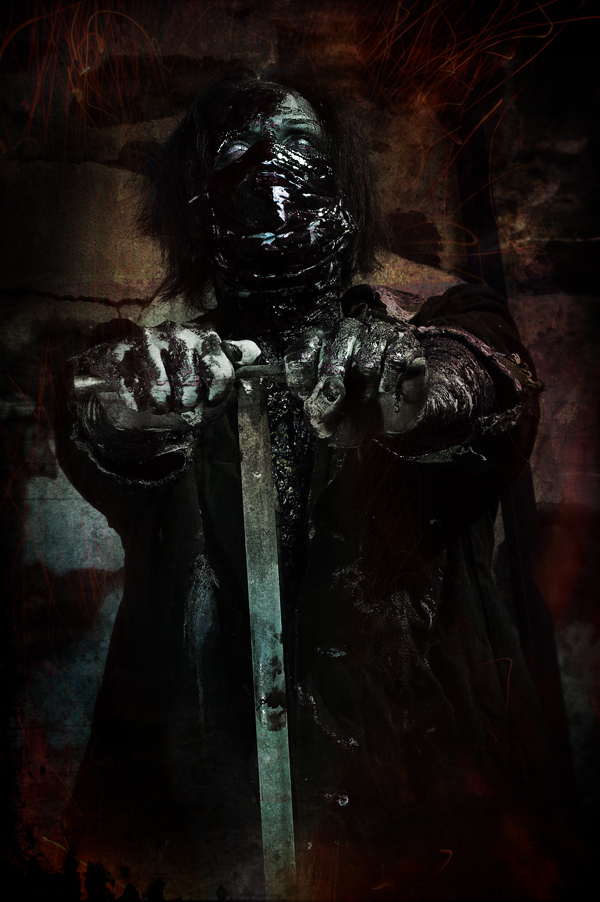 S] How does the new material on ‘Genocide Chapters’ represent a progression thematically for Dawn Of Ashes?

K] Well the group has always represented a vision of disturbing images that create various forms of nightmares through the music and image. With this album, it’s basically a story that is told about the different steps towards the end of humanity and how man can be possessed by the darkest form of evil. These are the new tales of what Dawn of Ashes means as the creation of failure and human suffering.

S] You have said that the image will be getting heavier along with the sound – can you elaborate on how you will be expanding Dawn of Ashes visually this year?

K] This goes with the progression of the group in a whole. The music has formed now into very aggressive black metal with a movie soundtrack vibe which makes the music very dark and horrid. While the music enhances its morbid touch, so does the band’s image. We try our best to make our look as real as possible. We are now working with a special effects artist that has previously worked with Slipknot, Marilyn Manson and on various horror films. This will definitely take our image to the next level and hopefully disturb the audience. Having a six-piece group that look like a hellish horde of burned victims playing brutal metal seems very heavy and evil in my opinion. 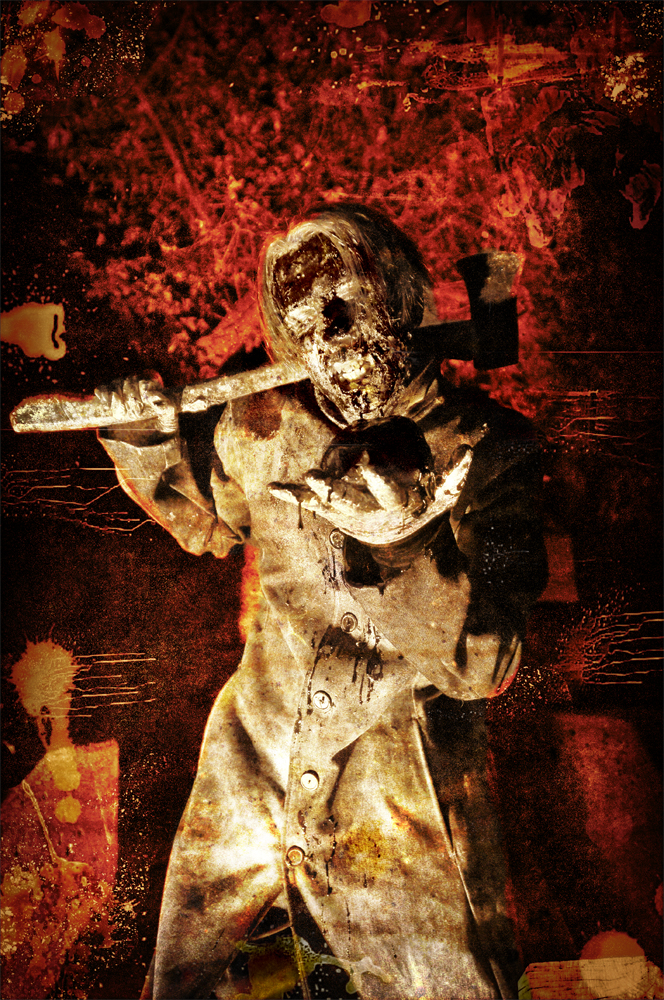 S] Obviously you are excited about the new direction, how do you enjoy performing the new material together in comparison to your older work?

K] Well, it’s more live now with six people and a lot more movement on stage. This provides endless possibilities for how the live show can come across. I suspect there will be a lot more anger and a lot more blood and gore now as well. The thing that we have always worked hard on with this group is to have an insane live performance that will make people think about it even after the show is over. Our goal is to create a certain environment for every person that comes to see us, and make them feel the anger within our music. The live show is a very strong aspect of DOA.

S] How did you get involved with Sarah Jezebel Deva and do you have any other guest spots on this new record?

K] Well our keyboardist Behemoth met her a while back at a Cradle of Filth concert. He went back stage and hung out with the band, and then a few months later he asked if she would be interested in doing guest vocals on one of our songs. We submitted a track to her and she enjoyed it. It’s great to be working with such an amazing female vocalist.

S] Your art work has always been very detailed and we know that you work with the likes of The Machine Room and Killallartists – how do you work in tandem with these groups to get the desired result that you want; do you come up with the ideas and they lay them out them on paper?

K] These artists are extremely talented with their work and with the way they put our creative vision into art. We are very pleased to have hired them for all of our future work. Both of these artists are creating the vilest form of art for us and it completely expresses what Dawn of Ashes is about. Both the band and the artists want to disturb people with the artwork and we feel once we release this, that our goal will be met.

S] Is this DOA as you always imagined the project would be?

K] For me, as the person that gave birth to DOA, this is my blood and my flesh. Dawn of Ashes is my number one top priority and it’s all that I want to do with my life. I have put so much and lost so much for this group and I expect my members to feel the same compassion as myself. I have worked extremely hard for this band’s success and will work even harder down the line. This to me is only the beginning of DOA‘s success and I never want to limit that.

S] Your shows are incredibly gory and aggressive; just how you like them – is there a particularly great (or entertaining) live moment that sticks out for you?

K] I grew up around the metal movement and have always pictured that my band should have the most intense live performance. I need to utilise this music as a form of therapy to release all the anger that I have inside of me. I don’t need drugs in my life to gain pleasure; I gain this type of mental high from the energy I get whilst performing live. I do my best to give every bit of myself out on the stage. If I have to do something extreme to get a rise out of the crowd, then so be it. I think combining this attitude and all the influence of horror. It creates one huge bloodbath on the stage and in the crowd.

S] We wanted to know if you had thought about producing your own “feature-length” horror film and if so, can you tell us a little bit about your ideal concept?

K] On the side I do create film scores for movies but just for fun; I have never thought about doing a movie. I honestly have limited time to put toward creating something like that. I would rather see horror films that are actually worth it use some DOA material in the future.

S] You have said that you are trying to change styles from Industrial to metal; do you still enjoy Industrial music as individuals and does this kind of sound still influence you in any way?

K] Throughout my musical career, I have always been in and out of metal bands. I have dealt with a lot of unstable musicians and it really started to get old for me. Once I got introduced to the Industrial movement, I still had all my metal influences and thought it would be amazing to put together a group where I could combine my metal side and my strong love for horror to create really dark, angry music without dealing with flaky musicians. Don’t get me wrong, there are still a lot of Industrial acts that I like but I really wanted to take DOA back to my roots and bring out the band’s full talent. I also don’t see this as a “change”; it’s more like a huge progression. The band has always been dark, heavy and influenced by horror. Now it’s the same just with a new edge to it. Certain fans have claimed that we have sold out, but how have we sold out when we are doing exactly what we want to do? This album is going to be a huge breakthrough for DOA so we say to fans, be open-minded and be prepared.

View the video for ‘Torture Device’ below: