In our brand spanking new Reverbnation spotlight, we chat to Rene Mata, vocalist from Static Summer about his band’s influences, and plans for 2013. 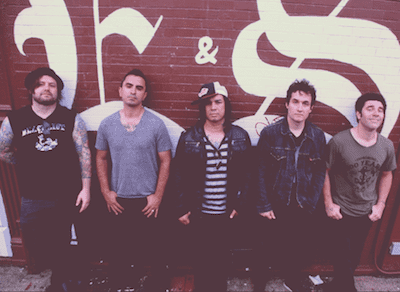 R] “We are really influenced by music from the era we grew – in 90s alternative rock. We had bands like Nirvana, The Pixies, Weezer, Foo Fighters, Red Hot Chili Peppers, Pearl Jam. Also seen as we are coming from New York, there’s the post-hardcore scene bands like Texas Is The Reason and also, Quicksand were, and are big inspirations for us.”

R] “Really, I guess it’s everything from the ups and downs of life, to a more obvious inspiration like living in such a diverse and colourful place like New York. The area inspires us all the time.”

S] What song that you are working on right now that best defines your sound, and why?

R] “I think our track ‘Rollercoaster’ on the pop side of things represents us well. Also on the edgier hard-driving side, we have a new track we are going to record soon called ‘Drive’. We’ll be tracking it soon with our producer John Bender and our buddy from the UK, Tom Elmirst [Amy Winehouse, Adele]. He has an awesome room in the New York City at the legendary Electric Lady Studios.”

R] “Growing up we pretty much always dreamed of playing all those UK festivals. So hopefully we can make that a reality. We’re also looking for a UK label to put out a single for us.”

R] “People can expect five guys giving everything. We don’t take anything for granted so we are looking to move people with our music.”

R] “I guess our biggest challenges is that the music industry is pretty much being flooded with homogenised corporate pop. It’s hard being a rock band right now.”

R] Hopefully, we’ll be putting out a EP in the beginning of 2013, launching a radio campaign and touring endlessly!”