This Swiss four-piece are the new face of Industrial Metal. In a time where many mainstream critics will call the genre “tired” and “boring” Sybreed evoke true emotion within their sound. Mixing cold electronic waves in with brutal metallic precision and a touch of synth-pop sensibility Sybreed are going to be making moves worldwide in the metal scene over the coming months. We talked with the group’s vocalist Ben about the themes on their new album ‘The Pulse of Awakening’. 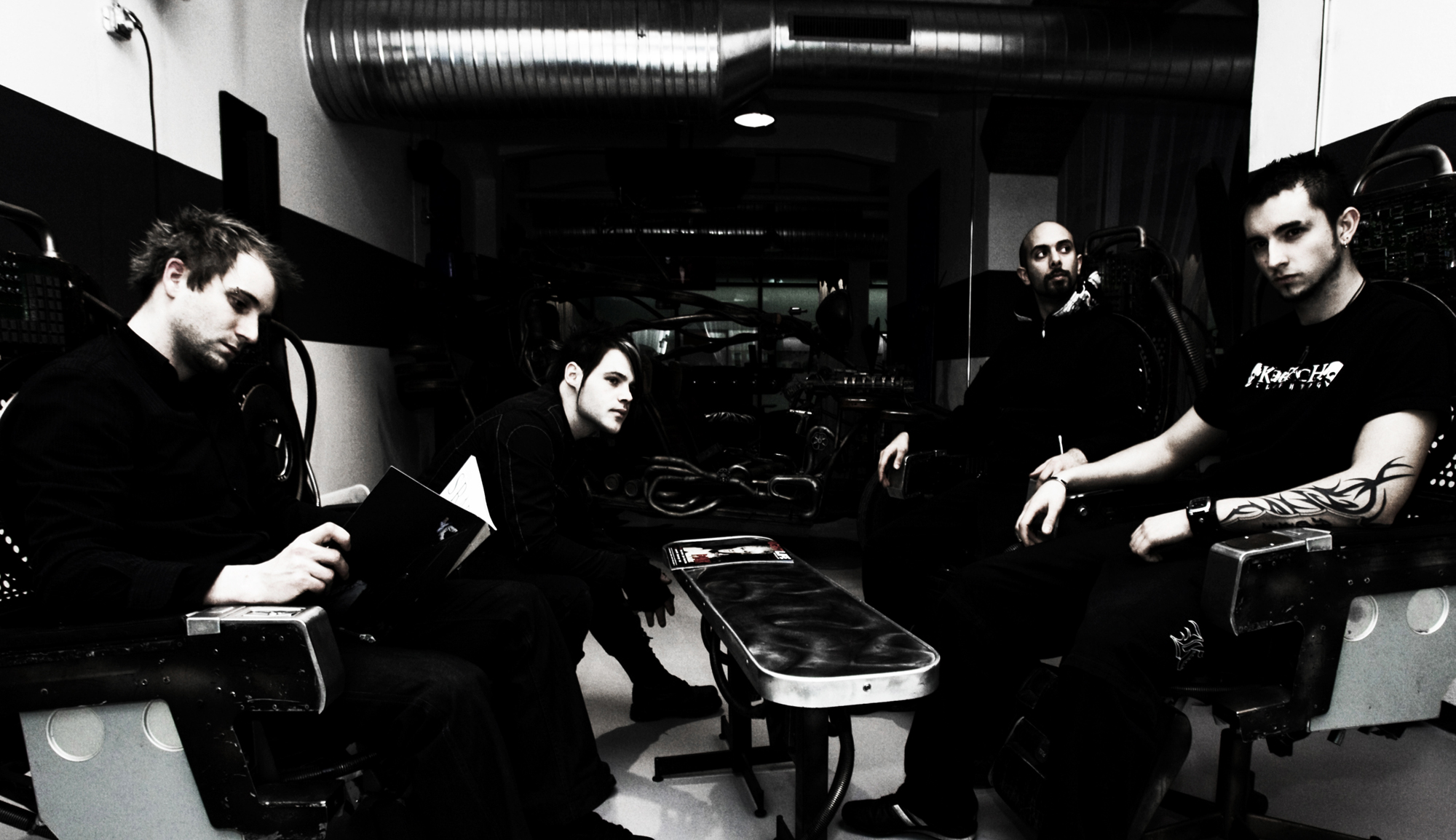 “We’re trying to create a viable crossover between industrial, synth-pop and metal”

S] Can you tell us the inspiration behind the title of your new album ‘The Pulse of Awakening?’

Ben] The title itself is a concept coming from a cyber-punk show with many philosophical references called Ergo Proxy. I like the idea hidden behind those words, since it refers to a form of enlightenment, but ironically leading to the comprehension of destruction as a necessity, more than any form of liberation. And that’s definitely what we were looking for, so as to say the album’s name has two levels of meaning, superficially positive but dangerous and threatening in its implications.

S] What fuels the band’s passion for Industrial music now in 2009?

Ben] All the bands we listen to, like Nine Inch Nails, Front Line Assembly, Combichrist, KMFDM, and more. Also there is our passion for electronic orientated music, from the synth-pop of Depeche Mode or more recently IAMX, to more rocky acts such as Zeromancer. We love the cold sound of machines, we like the imagery linked to the industrial scene, and somehow, more than being just another metal band with a couple samples we’re trying now to create a viable crossover between industrial, synth-pop and metal.

S] Rhys Fulber has worked on some great crossover records in his time with Fear Factory, Front Line Assembly and Paradise Lost, what has been the best moment working with him on the new record?

Ben] For now we can’t say a lot about it since his real work will begin in May, when we’ll provide him with the elements for the mix. But I can already say that, as long time fans of Front Line Assembly, we were excited like kids when he kindly accepted to work with us, and I think the excitement was mutual. He provided us with a lot of advice for the material and during the recording process, and we all are now ready to begin a real collaboration. I think it’s going to be great to hear, day after day, the new songs taking their final form.

S] The themes from your second album ‘Antares’ reflected a very bleak view on the world and the future, how will this new album be a progression away from that; what themes are you dealing with now?

Ben] If there’s any progression; it’s only that we turn even bleaker than before (laughs). Actually, that dim point of the present, and future, is directly linked to our personal opinion on the world as individuals, and consequently linked to Sybreed not only as a band, but also as a concept. Therefore, we can keep on exploring our own conception of reality. This time, with ‘The Pulse of Awakening’, we investigate the notion of radical questioning of modern values and moral beliefs, a form of questioning we’ve pushed to its bitter end, with no possibility of escape, redemption and hope. To resume, the lyrical content of our new album is nihilistic, angry and sarcastic, so as to say, profoundly nietzschean.

S] You guys have very strong ideas, how do you plan to translate these visually this year – will you be expanding the live show and perhaps releasing a music video?

Ben] We indeed think about improving the visual aspect of our stage performances, through the use of stage elements and video projections with an Industrial, future-noir aesthetic. Anyway, we are still in the process of collecting ideas and should begin to set up the whole thing after the completion of the mixing process.

S] What are you most looking forward to about touring the UK?

Ben] We were quite disappointed because we were not able to play in London on the European tour we did with Samael last year, but we’ve witnessed what an English venue and audience look like: and there’s something definitely special about it. So we can only look forward to feeling that specific vibe you can’t find anywhere but in UK. It would be a kind of pilgrimage of some sort, definitely a “back to the source of it all” experience if I may say. So we really hope we’ll have some tour opportunity that will lead us soon to England.

S] Sybreed have become associated with some great acts through touring and by reputation including the likes of Soilwork and Celldweller – will Sybreed be working with any bands and artists on the new album or in the future?

Ben] If by ‘working with’ you mean ‘making an appearance on the new album’, there actually won’t be any guests on the new album. The composing and recording process was so demanding and asked so much focus that we hadn’t the time to really think about it, let alone organise something correctly. Nevertheless, with Rhys Fulber producing the new album, it’s not like if we would really need another person to spice the stuff up: having that kind of Front Line Assembly sound should provide enough excitement. However, we don’t exclude working with other bands or artists in the future. The list of people we would be happy to collaborate with is huge, so it would be hard to give you a name right now.