Our writer Sophia gives an un-biased view of the event…

When booking the tickets for Skin Two there were high expectations of the night, as someone who has been to Torture Garden events in London… 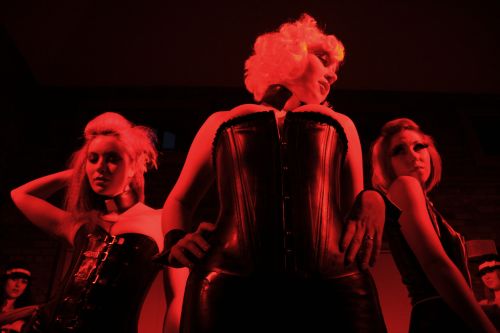 On entry to The Loft there was little atmosphere, it was described by a friend to me as ‘like walking into a wedding reception.’ This was simply because little effort had been made with decoration of the bar and the club in general. The only difference between walking into The Loft on this Saturday and walking in on any other day was the fact people were dressed in fetish gear and had more skin on display.

The venue’s dungeon was over-crowded with equipment, and as a result there was little room to move and if you did then you’d unintentionally interrupt or disturb a scene. Similarly, ‘The Chill out Room,’ was just a bar with a bed in it, and little effort had been made with much else. Here, you really did have to make your own fun which was tolerable because of the promise of a second venue.

Indeed, some might argue that creating your own atmosphere is the point of a fetish party, however I personally did not like The Subculture and did not feel comfortable, thus I could not maintain my energy levels as the evening drew to a close. I did not dare enter ‘The Couples Room,’ but was told by someone a little more curious that the curtained off area was just as poorly decorated as the main bar. Oh, they also mentioned that there were some bean bags and, a strong smell of disinfectant? I couldn’t help but think that the disinfectant was a poor attempt to encourage couples to have sex on one of the bags without the worry of catching some form of disease.

In my opinion, splitting the event between two venues was always going to be risky, and it was not successful. The second venue needed to have something spectacular to compensate for the loss in momentum. Unfortunately, this was not the case and the distinct lack of effort made by both venues on the night did not help to pick things back up.

It should be said that I did enjoy myself, but that was because of the company and not because I was thrilled by the event. Honestly, I could have had just as exciting a night in my local pub, and that wouldn’t have cost me £20 for a ticket, £11 for the train and around £70 for a damn fine outfit (gasp!). It’s clear that there’s some potential here, and I hope that the organisers manage to step things up in the future. To sum up this year though, it was more than a little disappointing.

Check out some videos of the event here, filmed by LatexGirls: