On October 20, seven of York’s popular haunts were literally taken over by Oxjam Takeover 2012, which spanned from one in the afternoon at Parliament Square and Samson Square until DJ sets finished at two the next morning. 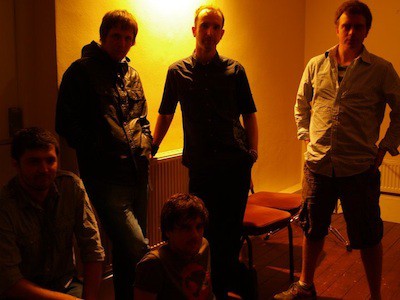 A whole host of bands covered a wide variety of genres, making the event accessible to pretty much any music taste. Even though the festivities were surrounded by York’s usual Saturday hustle and bustle – including the Saturday food market – the gigs still retained an intimate and approachable feel, in which music was the genuine focus of the day.

The whole day should be commended for showcasing the best of local North Yorkshire talent as well as maintaining a great environment throughout the day, despite the large spread of organisation and a variety of schedules to run. Open events such as these really bring out the potential of the city and offer something different for both audiences and bands, encouraging more people to get involved in the local music scene.

For artists Kirby Howarth, The Last Picture Show, The Y Street Band and The Glass Caves who played sets outside within York’s busy city centre at Parliament Square and Samson Square; their sets were welcomed by audiences of all ages, which created a great welcoming atmosphere for passersby. Used to playing in this environment, The Glass Caves looked noticeably relaxed, letting their bright, energetic music and talent entertain a varied crowd.

The Vudu Lounge ran nine hours of live DJ sets from Irie Vibes, Yorkshire Tea Party Antho Close, SBK, Just Jess, Rory Hoy and Leuce Rhythms. Although a great venue, getting there at three was perhaps a bit too early for the full, livelier experience of the sets. However the music was still great as well as the cocktails therefore Vudu was still well worth checking out.

Dusk supplied audiences firstly with brilliant acoustic artists followed by electro, reggae and house artists later into the evening. Highlights from earlier in the day were Boss Caine followed by Chris Laycock. Both artists exhibited confident and emotive performances, creating a cocooned atmosphere of calm musicality away from the busy afternoon York streets outside.

Victor J’s and The Yorkshire Terrier also hosted an array of York based folk and acoustic music from a talented array of artists, offering a tangibly warm and welcoming reception.

Even though Mark Wynn had just come from a gig in London an hour before going onstage at Victor J’s, therefore not knowing what was entirely going on through the day, we managed to get a few words from him a few days afterwards. “Everything that I saw seemed to run smoothly…there were people with guitars and things making noise and talk of other cool things in other places.

“I played an Oxjam gig earlier in October at the Black Swan in York. My brother and his better half were putting it on. They did a rather good job and all the acts that I saw who played were ace.”

Praise goes to the organisers and efforts of everyone involved at The Attic venue, above Harlequin Cafe. Despite the lack of space compared to other venues, they hosted no less than thirteen funk, soul, jazz and acoustic acts. Montego Bay should definitely be applauded for their set packed with energy and soul. These regulars on the York music circuit definitely did not disappoint and did not let the lack of space dampen their swinging instrumentals and vocals – a real highlight.

Marketing Co-ordinator Ellen Cole said after the event: “TakeOver went extremely well and the amount of support we received from the musicians and the crowds were fantastic. I feel that Oxjam is going to become a regular fixture in the York music scene and will continue to thrive over the next coming years.

This year could not have been possible if we did not have a strong and committed team which I am proud to be a part of. I am just sad it’s over with now, but am excited about next year’s festival. I can confirm that we have made £2300 but we are expecting this figure to go to £2600.”

As a bonus, we managed to catch up with Steve Lee from York rock band Black Lit City about Oxjam and their late night gig at The Attic.

S] Is this your first time playing at an Oxjam festival? Which factors drew you to wanting to be a part of the event?

SL] “No, we played during their event at the York Food & Drink Festival last month and off the back of that they asked us to do this. It’s great really the benefits are three fold, for a good cause, get to play in front of people that might not come to see us usually and I get to do my Bob Geldof impression.”

S] Did you manage to stay for the whole 13 hours? What did you think of the overall atmosphere?

SL] “Unfortunately not, we’d have been on are arses by the time we played! We did get to see a few bands though in a couple of the venues, the atmosphere was great, music brings out the best in people.”

S] Did everything manage to go to plan?

SL] “I think so, we played earlier than scheduled and some people missed us but it must be a nightmare organising such a big event with so many egos, I mean musicians. The Oxjam team did a sterling job in our humble opinions.”

S] Did you manage to see any bands over the course of the day? Any which were new to you?

SL] “Yeah we caught a few, a brilliant eclectic mix of bands, really enjoyed King Courgette’s set. We always enjoy Mark Wynn and I thought Gaz Rowntree and The Silent Sea were top.”

S] How did you feel about your venue?

SL] “The Attic was great, we really mellowed and stripped back our sound to fit the venue and it really worked. Dave Rowntree the sound guy did a spot on job and the staff were great, and they do the best darn espressos north of Italy!”

S] Did anything or anyone over the course of the day inspire any ideas for future music and gigs?

SL] “To be honest, we really enjoyed playing our own set, we usually rock out but due to the size of the venue we decided to go acoustic instead and it sounded ace, definitely want to do another unplugged show soon like that one.”

Thanks for a great review Laura!