If you’re in the North West and want to head to a music gig, chances are you’ll end up in the big cities such as Manchester and Liverpool. However, between these two great cities lies the underdog of the music scene: Chester. Whilst it’s easy to be fooled by the pretty Roman architecture and the charming city walls, behind these walls lies a raw and exciting music scene which is not to be overlooked. Ranging from folk to metal via indie, this small city has a broad range of genres that can accommodate all tastes. 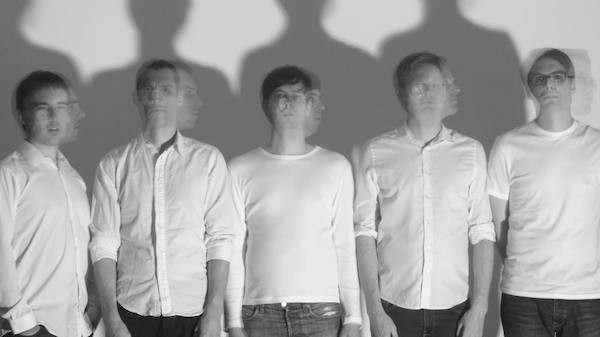 Here are some of the artists to keep a watch out for in Chester:

Launched in 2015, The Kobahs are a five piece group based in North Wales and Manchester. With a sound reminiscent of Catfish and the Bottlemen, The Kobahs’ sound is one to be commended. The band’s Soundcloud features the tracks which range from the mellow ‘Come Around’ to the rockier ‘Delay,’ a perfect juxtaposition of style. The band recently played the Oxjam festival in Chester and they have just finished touring.

Already scouted by Radio 1 and Radio X, Chupa Cabra are a three-piece from Deeside in North Wales. Last month they hosted the open-mic night at Telford’s Warehouse, undoubtedly one of Chester’s most popular music events. The trio’s psychedelic punk sounds are exemplified in the band’s latest track ‘Mouths To Feed’ which can be found here:

Currently embarking on their UK tour, Idle Frets hail from Chester and will be returning to their roots on November 4th to play at Telford’s Warehouse. Their songs combine the pop/rock sounds of Neon Trees with the indie style of Two Door Cinema Club owing to an intriguing sound which has already seen their popularity soar. More information on the band and their tour dates can be found on their Facebook page, just click the link!

No strangers to the Chester music scene, The Daymons are a three-piece folk-rock band who describe themselves as ‘more shabby than chic.’ With a couple of guitars and the band’s signature trumpet, The Daymons’ quirky style is one that has quickly become popular around the city. This summer they played Flipside Radio’s festival, ‘The Flipside Campout’ and they will also be playing The Carlton Tavern in Chester on November 12.

Undoubtedly one of my personal favourites, Campfire Social are an alternative-folk band from Chester. It’s not just the band’s instrumental abilities which make them stand out, but their tracks such as ‘Loving The Wreckage’ produce some outstanding vocal harmonies.

In a small city like Chester, there is great potential for a community music scene which for Tom (guitarist and vocalist in the band) is one of his favourite elements of being a musician here, he explained, “Bands in Chester all seem to know each other and have a good relationship, which above all things only adds to the fun of being a musician and playing gigs. It’s a wonderful community to be a part of.”

If you’re after something a bit heavier, then I definitely recommend checking out Dead Is Forever. When asked what their sound could be described as, Tom from the band commented: ‘metal-core with the influence of nu-metal, we mix heavy metal elements such as screaming with melodic elements and singing.’ Heavily influenced by bands like North Lane, In Hearts Wake and Issues, I asked Tom which venues around the city the band like to play the most: “I’d say my favourite venue in Chester is The Live Rooms as we’ve played some busy gigs with great bands and we can all go out with our friends on the ale afterwards.”

If you enjoy the husky tones of Ray LaMontagne and Gavin James then get yourself down to Alexander’s where you can find regular performer Luke Gardner. Luke is a singer/songwriter from Liverpool, and when asked about the music scene in Chester he truly exemplifies what local music is all about: ‘I moved here from Liverpool because the music scene is a lot more welcoming and more interested in the song and the artist singing it, than how popular the artist is to the rest of the world.’ Luke is playing Alexander’s this Halloween.

Not your usual ‘four-chord’ band, Chemistry Lane (pictured above) create a unique, complex sound described by band member Simon as ‘electronic music with guitars, synths, hypnotic grooves, ethereal walls of sound, looping percussive backing tracks, and bittersweet fits of vocal. Our lyrical themes tend to address the depravity and trickery of the modern world, and the affect it has on us as individuals.’

Simon adds: “Playing live in Chester usually arouses a feeling of playing a home gig almost, and it’s good to see people who may not have seen us before really get taken away by the music. It also gives us a chance to play for our nearest and dearest who support us endlessly.”

Chemistry Lane are currently finishing their debut album which will be released next year.

One-man four-piece band Carl Foulkes Jones is a phenomenal musician which you can find playing a guitar, harmonica, snare drum and bass hammers (and of course singing) all at once, putting the average person’s musical ability to shame. I absolutely love his country blues vibe which can be heard on his Soundcloud here:

Alt-rock band Cynic Notes have had a busy year playing different gigs from the Notting Hoole Autumn Street Festival to the Dee Rocks music festival. Formed back in 2015, the four piece band who originate from Chester have taken inspiration from Mumford and Sons to Pearl Jam. Find out more about their upcoming shows on their Facebook page, at the link.