Comics Blog: Death of X- What does it mean for Marvel?

Home » Comics Blog: Death of X- What does it mean for Marvel?

I want to make it clear from the word “go” that this is all just purely speculation: until San Diego Comic Con, and in fact until the event itself, we don’t really know what is going to go down in this, the next X-Men event run coming later this year. But there’s a lot to speculate about, so here we go. 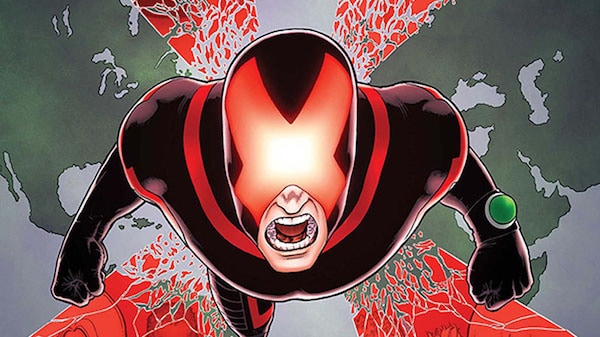 If you’ve been following the Marvel universe recently you’ve probably been aware that the X-Men and the Inhumans are in the middle of a conflict ever since the events of Infinity. Quick recap: after the Inhuman King Black Bolt (Blackagar Boltagon, which may be the worst name ever by the way) released the Terrigen Mist over Earth after the city of Attilan was broken by Thanos in order to increase the number of Inhumans exponentially, the X-Men noticed their numbers dwindling. This was because the Terrigen Mist, which made many of the NuHumans who are forming the lineups that fill out the Inhuman team rosters, actually sterilises Mutants and the X-Gene that makes them. Shocker, right?

Yes, it was, because it wasn’t too long ago that the X-Men were decimated and the X-Genes were sterilised after the whole House of M madness, then brought back again after Avengers vs X-Men. We’ve had this whole “no more Mutants” thing in the past and to see it come back around so soon without any real X-Men events in between is somewhat annoying. I’m not counting AXIS because that was more of an event that affected the whole Marvel Universe- and effectively reversed itself after the fact too. This is either lack of originality or an attempt to push the Inhumans again. I can’t tell which annoys me more.

If you’re unsure why Marvel might be trying to push the Inhumans, look to the film franchises. Fox still owns the rights to all the X-Men characters and so if Marvel want a large cast of mutant-like characters to make ensemble team movies with then you’d think, maybe, the Inhumans would be a sure-fire hit, right? They’ve been trying to work them into Agents of SHIELD for some time now, bringing them in during season two, and have a movie in the works- a movie which seems to be locked in development hell. But the comic book sales remain pretty poor. They’ve pick up, sure, but the Inhumans still don’t have the interest from fans to challenge the X-Men as the more popular line… and they probably never will.

After all, the X-Men have been around as a massive title for decades. How many X-Men can you name off the top of your head? Now think about how many Inhumans you can name. The numbers don’t add up. If Marvel can’t convince new or casual fans to get into the Inhuman lines then the only people who are collecting them are the die-hard Marvel fans, and there aren’t enough of them out there to elevate the Inhumans beyond a background team.

Death of X might simply be Marvel’s attempt to force people to recognise the Inhumans be really jamming them in to the X-Men story. Is this going to be another “permanent” sterilisation of the Mutant race that will be reversed in another cash-grab event series? Perhaps this might finally resolve the whole affair and stop the various objections of fans against the treatment of the X-Men- a list of objections that could fill another blog post on their own. This isn’t just a matter of sales and money and Marvel trying to exploit popularity, but I’ll get to the other reasons another time.

As I say, we’ll know more after San Diego, and when the event comes out you can be sure I’ll be following it with great interest being the massive X-Men fanboy that I am. But I am worried that Marvel might be trying to kill one of my favourite franchises for the wrong reasons, and while that is incredibly unlikely, if they go on too long with this they risk alienating and angering more fans.

Plus, the teaser image they released for the event features Cyclops as the “sole survivor”. And I don’t care what else happens, but if anyone has to die, please, kill him first.